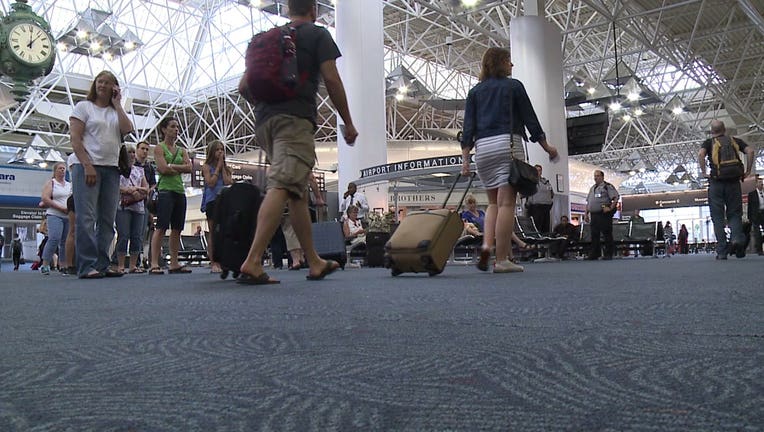 WASHINGTON - The State Department on Monday urged Americans reconsider any international travel they may have planned and said it would issue specific warnings not to visit roughly 80% of the world's countries due to risks from the coronavirus pandemic.

The United States hasn't had a global advisory warning against international travel since August, when guidance was revoked by the Trump administration.

The advice issued by the department isn't a formal global advisory. Instead, it says the State Department will start using Centers for Disease Control and Prevention standards as it prepares health and safety guidelines for individual countries. Because of those standards, about 80% of countries will be classified as "Level 4" or "do not travel."

Travel is also discouraged for the remaining 20%, though not as emphatically. It says people with plans to visit those countries should reconsider before proceeding.

The department did not reveal which countries will fall under which category. That will become known as guidance is issued individually for each country in the coming week.

"The COVID-19 pandemic continues to pose unprecedented risks to travelers. In light of those risks, the Department of State strongly recommends U.S. citizens reconsider all travel abroad," it said.

The department said the new classifications don’t necessarily reflect changes in the countries’ health situations, but rather an adjustment in the criteria on which it bases the alerts.

The State Department's assessments for COVID-19 include infection rates as well as the availability of local testing and treatment.

We showed you the issues with the Milwaukee Zoo Interchange—here’s what the Wisconsin DOT is doing about it.

Property taxes on the typical Wisconsin home over the next two years would not increase quite as much under Gov. Tony Evers' budget proposal as they would under current law.

Wisconsin Gov. Tony Evers has reached a scaled-down deal with Foxconn -- one that will cut tax breaks by billions.&nbsp;