The Milwaukee Police Department and the U.S. Marshals Fugitive Task Force are asking the public for any information leading to the arrest of 34-year-old Brandon Gladney.

MILWAUKEE - A family feud ends in murder. Now, the U.S. Marshals fugitive task force is searching for a Milwaukee man who they say shot and killed his own cousin.

"It’s all on video and it’s devastating for that family," the U.S. Marshal on the case explained. "You have a family member that shot and killed another family member."

The Milwaukee Police Department and the U.S. Marshals Fugitive Task Force are asking the public for any information leading to the arrest of 34-year-old Brandon Gladney. He faces charges of first-degree intentional homicide and for being a felon in possession of a handgun.

Investigators say in May 2020, Gladney was captured on video appearing to argue with the victim outside a convenience store near 21st and Meinecke in Milwaukee. Authorities allege Gladney walked away but then returned with a gun pointed directly toward the victim who police say was also his cousin. 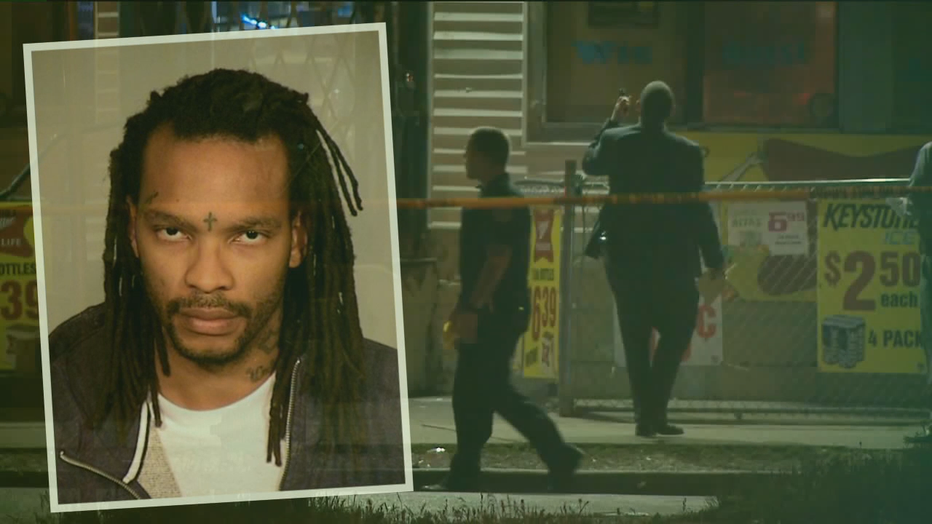 "As he’s running away, he continues to shoot at him," the U.S. Marshal said.

Multiple casings were found on the scene. The victim was pronounced dead at a nearby hospital. He died from two gunshot wounds.

Gladney has been on the run ever since. He does have a lengthy criminal history.

U.S. Marshals say if you know where Gladney is, it’s time to speak up.

"Anybody that’s helping him can face can be arrested and charged with harboring or aiding a fugitive or felon," the U.S. Marshal said.

Marshals say Gladney should be considered armed and dangerous. He is described as being 6'2" tall, 153 pounds, and he has a unique marking on his face.

"He has one distinctive tattoo between his eyebrows which is a cross," the U.S. Marshal described. "He has a tattoo on his left side one with a cross that says 'Rest in peace Uncle D.'"

"We’re going to catch him; it’s just a matter of time," the U.S. Marshal said.

Man arrested after setting clothes on fire during argument with wife

A Waterford man was taken into custody Thursday night, April 15 after setting a basket of clothes on fire during an argument with his wife.

One person is dead and another injured following a crash involving two motorcycles Thursday night, April 15.