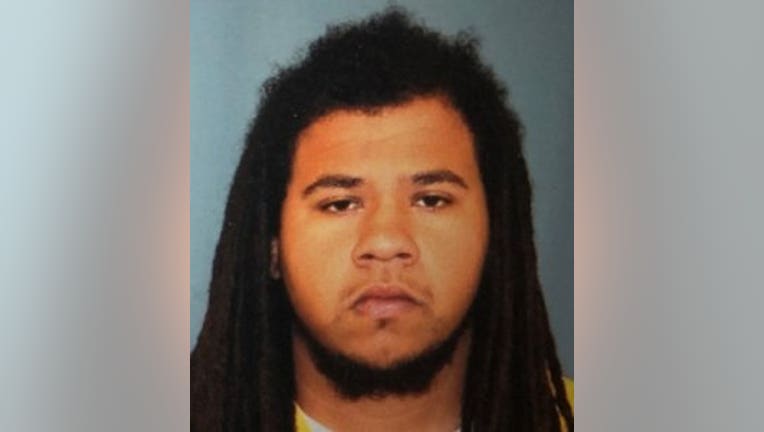 MILWAUKEE -- U.S. Marshals are asking for the public's help in locating a suspect that got away during a high-speed pursuit on Wednesday., Oct. 16.

27-year-old Antonio Moore is wanted by the Wisconsin Department of Corrections for a parole violation. He is also wanted for questioning by the Milwaukee Police Department for a robbery incident.

On Wednesday, U.S. Marshals were serving a warrant at Moore's apartment near 29th and Wisconsin when Moore took off in a vehicle. During the pursuit, authorities say Moore intentionally rammed a deputy U.S. Marshal vehicle. Authorities say he continued to drive recklessly at a high rate of speed. The pursuit was quickly terminated due to the danger the suspect presented to the public.

Moore should be considered armed and dangerous. He has a lengthy history with firearms, narcotics and recklessly endangering safety.

Officials say Moore is driving a black 2004 infinity FX35 SUV with a heavy tint on the windows. There is also a black push bar to the front of the vehicle.

If you know where Moore is, you are urged to call the tipline where you can remain anonymous. The number is 414-297-3707.