MILWAUKEE - The United Performing Arts Fund (UPAF) announced on Tuesday, Jan. 12 that the annual UPAF Ride for the Arts has been reimagined for 2021 -- to ensure a safe, socially distanced environment for all participants. 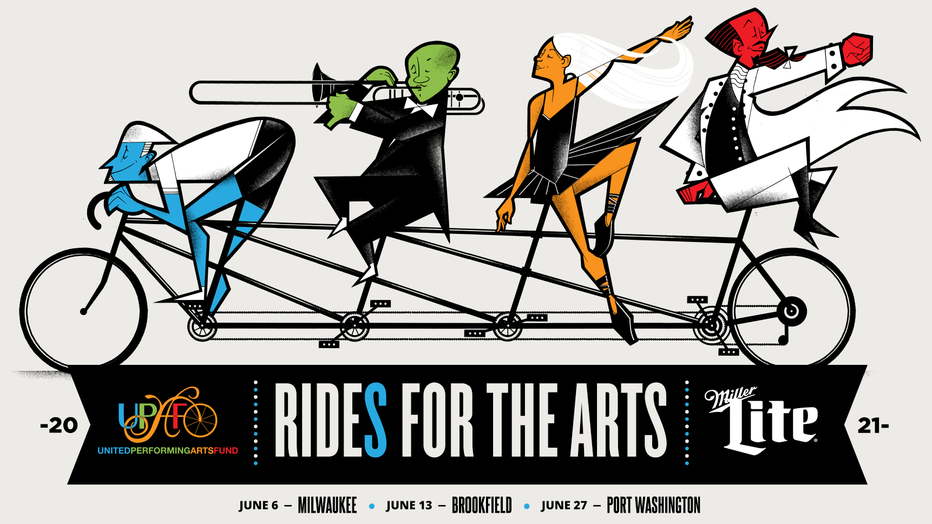 A news release said the UPAF Ride for the Arts Series is "a new innovative concept that provides a fun, purpose-driven event for cyclists of all ages and abilities." The three-weekend Series, with events on June 6, 13, and 27, will allow participants to register, ride and fundraise with confidence in an event that has been approved by the Milwaukee Health Department. Participants can choose their path and ride, walk, run or roll at their own pace to or from one or all three "Ride Series Reward Stations".

The Series will take place on Sunday, June 6 at Veterans Park in Milwaukee; Sunday, June 13 at the Sharon Lynne Wilson Center for the Arts in Brookfield and Sunday, June 27 at Coal Dock Park in Port Washington.

Participants can park and ride from each Series location or choose their own route and bike to the Ride Series location, each being on local bike paths. Upon arrival at the destination, participants’ bike bibs will gain them entry to travel through the "Ride Series Reward Station" where they will enjoy performances from UPAF performing arts Member Groups, receive their reward of a drawstring backpack filled with premium swag and take a selfie with the 15-foot inflatable bike for a chance to win prizes.

Registration for the UPAF Ride for the Arts Series is open now. Participants can register for a single series event for $45 or $65 for the three-day series to receive a Repeat Performer bike bib with extra rewards. Registration fees include bike bib and UPAF 2021 Ride for the Arts t-shirt mailed to each home.  Participants are also encouraged to further support UPAF’s Member Groups through additional fundraising efforts.

Disney World releases hours through the end of March

Disney World just revealed its winter operating schedule, which will see the reopening of at least one of its water parks.