A FOX6 investigation finds a gap in state law that could allow unlicensed providers to perform medical procedures without a doctor in sight.

MILWAUKEE - Medical spas are booming across Wisconsin, but are safety regulations keeping up? A FOX6 investigation finds a gap in state law that could allow unlicensed providers to perform medical procedures without a doctor in sight.

At Regenesys Laser & Wellness in Sheboygan, there are no doctors in the clinic. Still, they claim to perform thousands of cosmetic laser treatments every year, including laser hair removal. State law says laser hair removal is a medical procedure that can only be performed by a doctor or someone being supervised by a doctor. 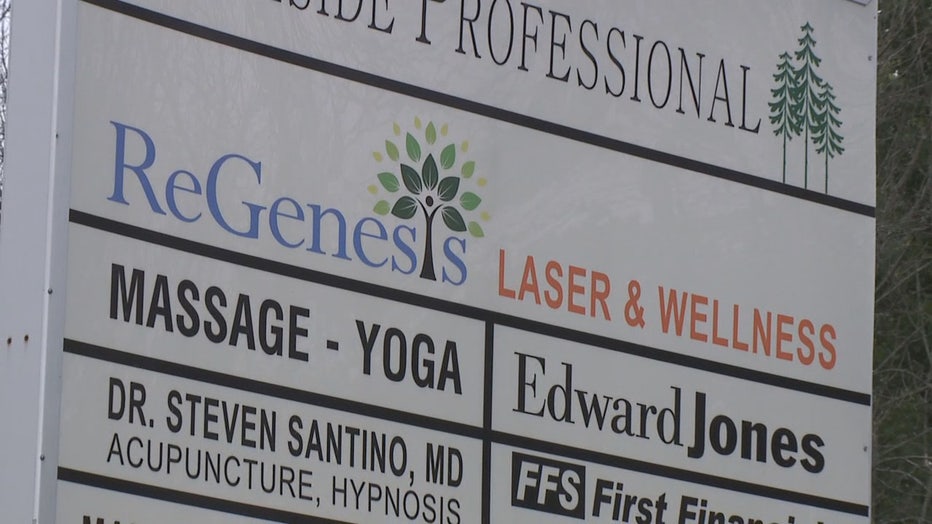 But what exactly does it mean to ‘supervise’ a medical procedure? Experts say the answer could have broad implications for your safety.

They are part day spa and part medical clinic. And there are now more than five thousand of them across the United States.

"It's a booming industry," said Barbara Zabawa, founder of the Center for Health and Wellness Law.

Medical spas – or medi-spas for short – are among the fastest-growing business segments in healthcare. 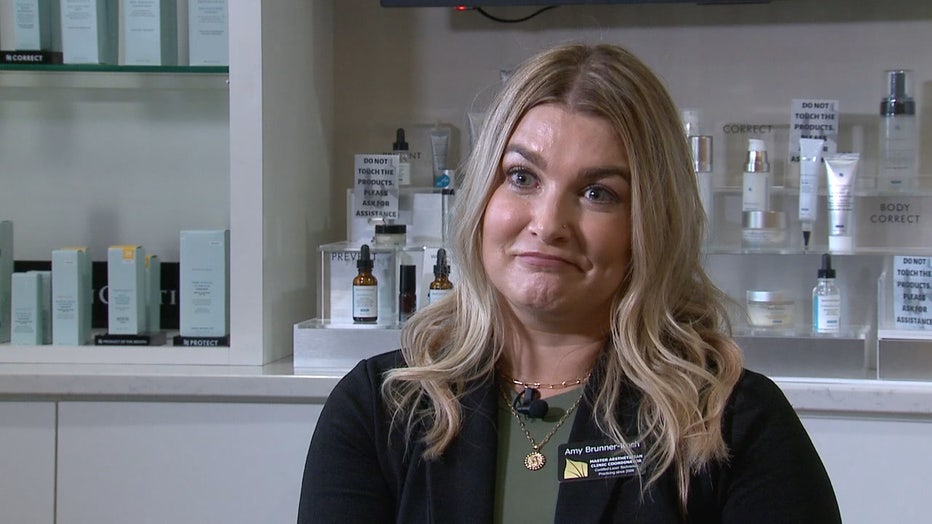 "It's to the patient’s advantage to seek a medi-spa that is supervised by a physician," she said.

"Everybody wants to do it," said Brunner-Koch.

She tells prospective clients it is a low-risk procedure, provided it is performed by well-trained and licensed professionals. Without proper training or supervision, the American Board of Laser Surgery (ABLS) says the procedure could leave a patient with permanently discolored skin or, even, burns. 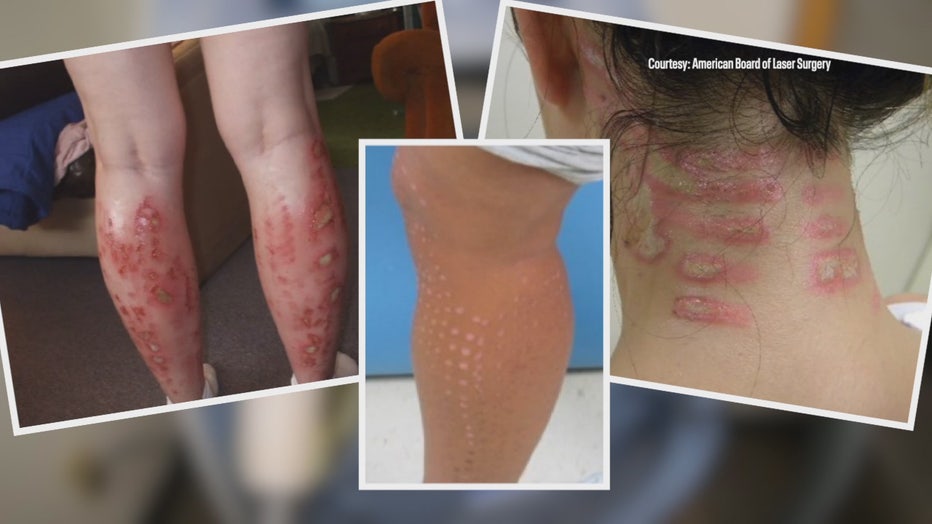 And that's why Brunner-Koch says Aspen uses only licensed aestheticians, nurses and physician assistants to do the treatments. She requires each of them to undergo extensive training. And, perhaps most importantly, she keeps a medical doctor on staff in the building.

"Our physician monitors all of the protocols, he writes them, and then goes over the parameters with all us," she said.

And Dr. Warren Seiler says that's how it should be.

"The physician should be on-site, readily available," the doctor said.

Dr. Seiler is Executive Director of the ABLS, which published a 2016 report calling for increased training and supervision of licensees who do a variety of cosmetic procedures, including laser hair removal. In his home state of Alabama, he says, state law is clear.

"The physician has to see the patient first," he said. 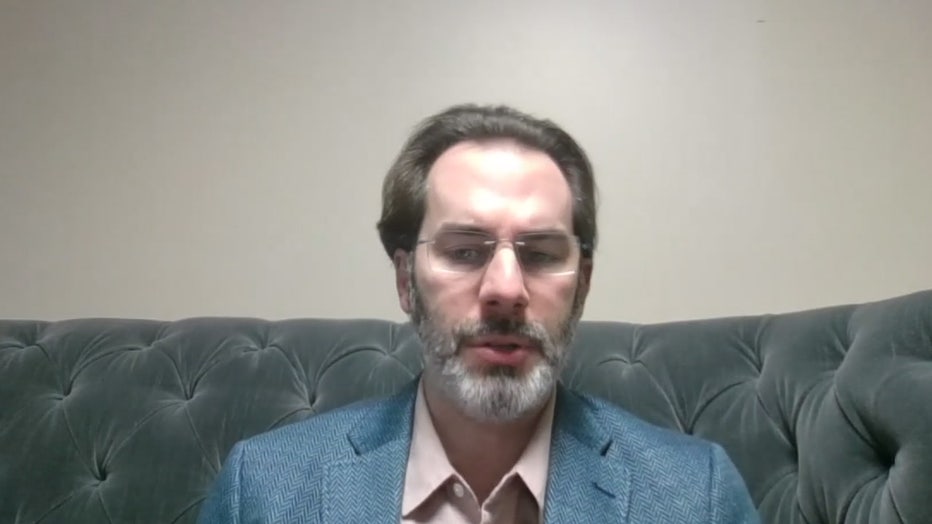 Wisconsin law requires laser procedures be supervised by a physician who can oversee the work. But state regulators say those terms are not defined.

And that brings us to Aaron Gabrielse.

"I am an expert," Gabrielse said. 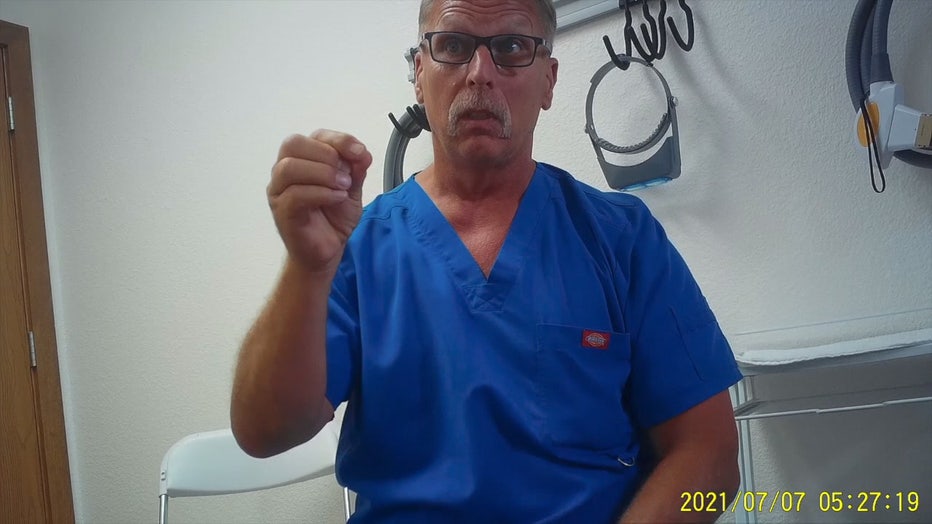 In fact, according to one of his company websites, Gabrielse claims to have performed more than 70-thousand procedures over a 22-year career.

And yet, Gabrielse is not a doctor. Instead, he says he "works under the license" of a doctor who is almost never in the same building.

Gabrielse owns Regenesys Laser & Wellness in Sheboygan, Wisconsin. The man he pays to be his "medical director" is Dr. Jonathan Cotter in Wausau. That's a two-and-a-half-hour drive from ReGenesys.

All of that is information Gabrielse volunteered when FOX6 Investigators sent a producer into ReGenesys with a hidden camera.

"He does come to our office once a year," Gabrielse said of Dr. Cotter. "But he is not in the room, no."

Gabrielse said Dr. Cotter doesn't need to be there. He just needs to trust that Gabrielse is doing a good job.

"A doctor would not let you work under their license, especially remotely like I do, if he didn’t believe that you were not going to do something stupid and make a mistake."

Dr. Cotter says Gabrielse "consistently does good work," and that the two of them "communicate often" on a "primarily remote basis."

In an email to FOX6 News, Dr. Cotter writes, "I do not believe the infrequency of being on-site has compromised the quality of care."

Industry leaders are not so sure.

"I would say that’s very light supervision," said Zabawa, "and I would be uncomfortable with that arrangement."

Attorney Barbara Zabawa founded the Center for Health and Wellness Law in MacFarland, Wisconsin, to help providers – including medical spas – to navigate the patchwork of rules and regulations that apply to everything from Botox injections to cryotherapy, chemical peels, micro-needling, and laser treatments.

"We don’t have any real formal direct guidance," Zabawa said. 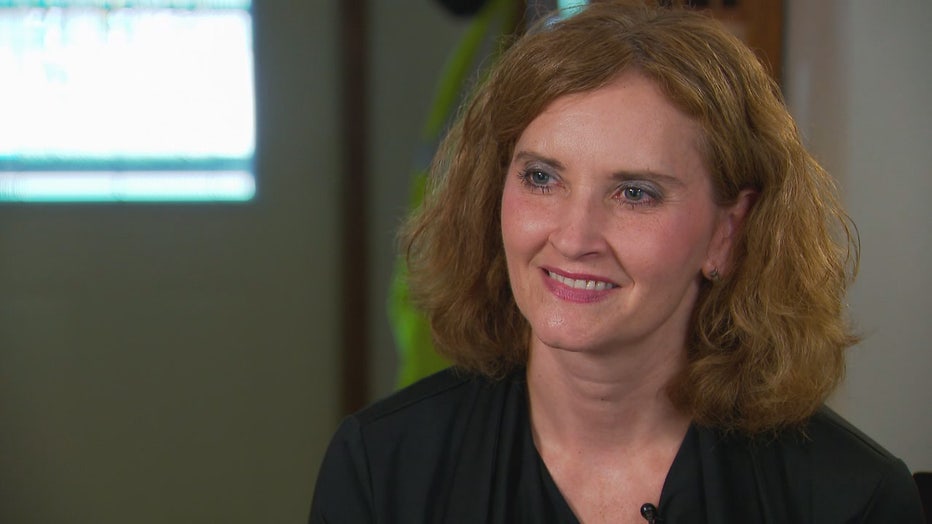 The Wisconsin Department of Safety and Professional Services -- or DSPS -- admits some of those rules are "subject to interpretation."

"The law has a lot of ground to catch up on," Zabawa said.

In a phone call with FOX6 News, Gabrielse said he actually wants more regulation of laser services in Wisconsin. However, he would only agree to talk about that on camera if we agreed not to ask about one thing – his 2006 conviction for prostitution. FOX6 did not agree to those terms, so Gabrielse declined our request for an interview.

Fifteen years ago, Gabrielse posted an ad on Craigslist offering to trade laser hair removal services for ‘all inclusive’ services, including sex. He told an undercover police officer she could provide him "sexual services" at $250 to 300 dollars per hour until her $2,500 laser services balance was paid off.

They agreed to meet at a local hotel where officers arrested Gabrielse. They found he had hidden a video camera on a chair under a desk. It was recording.

"It's not OK," said Kim Dietz, a massage therapist who used to work in the same building where Regenesys is located -- a building now owned by Gabrielse and his wife. 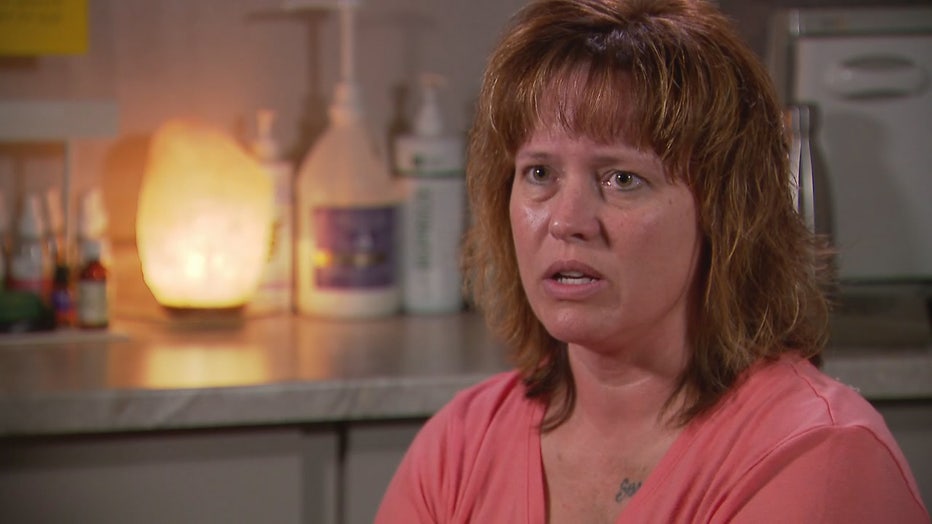 Dietz came to FOX6 earlier this year in hopes of notifying the public of Gabrielse's unlicensed practice and sex-for-services conviction.

"If you were caught trying to trade massage services for sex, what would happen?" FOX6 Investigator Bryan Polcyn asked.

"I would not have a license," Dietz answered. "I would have to find another profession."

"Because he doesn’t have a license!" Dietz said. "That’s the problem."

Gabrielse is not a doctor, nurse, aesthetician, or cosmetologist. In fact, according to a database of state professionals, he has no license at all. 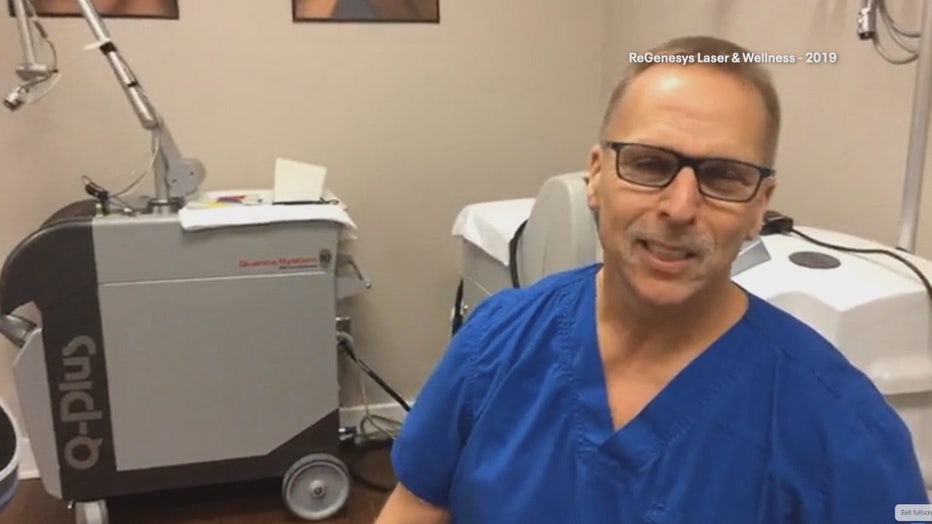 But does he need one? DSPS declined to answer because, according to a spokesperson, that question relates to a pending complaint against Gabrielse – a complaint filed by Dietz.

"It's just disturbing that he’s allowed to continue doing what he’s doing," she said.

She submitted the complaint in January, then asked the state for an update in May. It wasn't until after FOX6 started asking questions that DSPS  officially opened the case for investigation on August 31st.

"If it’s the Department of Safety and Professional Services, I guess I expect more," Dietz said.

Dr. Seiler says Wisconsin needs to better define what it means to supervise a laser procedure.

"That’s where their problem is," Dr. Seiler said. He's already helped other states to improve their rules and regulations.

"It's not a difficult endeavor to update," he said.

But it is increasingly important, he says, as more people put their skin in the game.

Gabrielse tells FOX6 he is ashamed of the actions that led to his 2006 conviction.  He says he has made amends and is still happily married to a wife who stood by him.

As for his medical director, Doctor Jonathan Cotter says he was not aware of the sex for laser services case until now. He called it "very disturbing," but says it is "in dramatic contrast to the exemplary and honorable manner that Aaron has always demonstrated to me."

Officials with the Wisconsin Department of Health Services on Wednesday, Sept. 22 discussed the latest developments related to the COVID-19 pandemic.