Joe Biden on Thursday accepted the Democratic Party's nomination for president from his home state of Delaware, concluding what turned out to be an unconventional convention.

MILWAUKEE - Joe Biden first ran for president 32 years ago. Now, he has accepted the Democratic nomination.

But before the nominee made his pitch to the world on Thursday, Aug. 20 -- the final day of the Democratic National Convention -- from his Delaware home, the world heard from two Wisconsinites.

Inside a special delivery were cables, lights, cameras and tripods for Herandez's family to set up. She was asked to record a speech that aired during Thursday's convention.

"So, it was right here, and when I opened it, I felt overwhelmed," said Luz Hernandez. "They were like, 'oh, so mom, they want to hear from a teacher?' I said, 'yeah, I guess they are really tapping into just common people.'" 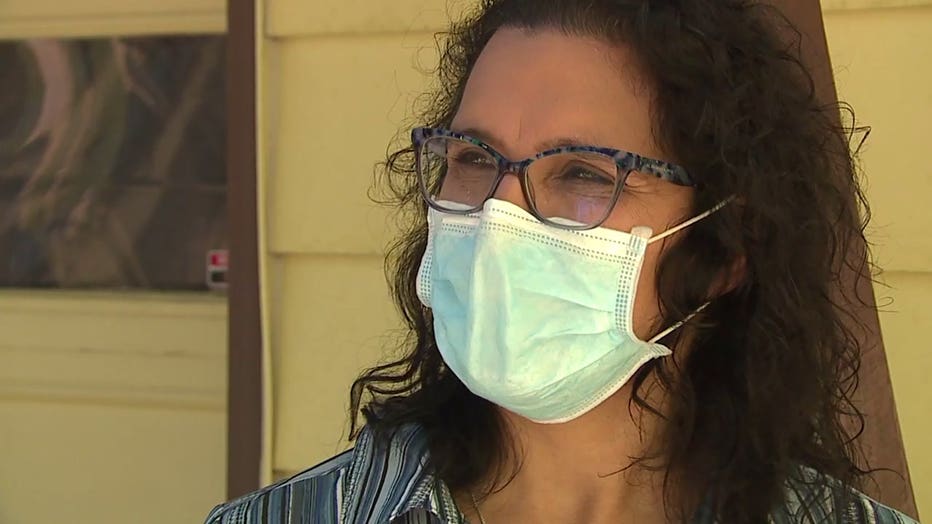 Hernadez said she was asked to reflect on where she sees herself a year from now as an educator. It was her first time speaking on the national stage. But for another Wisconsinite, it wasn't.

"Here in Wisconsin, our state motto is just one word: 'Forward.' This November, let`s move forward and never look back," said Sen. Baldwin, who spoke in Milwaukee.

UW-Milwaukee's Mordecai Lee joined FOX6 News at 10 on Thursday following the conclusion of the Democratic National Convention, during which Joe Biden accepted his party's presidential nomination.

"He hopes to unify the country. That has been the theme of our entire convention. He will put on display his steady leadership. And how he and Kamala Harris are ready to lead on Day 1," Xochitl Hinojosa, DNC communications director, said.

Watching at home on Thursday was the Milwaukee Public Schools bilingual teacher, Hernandez, and her family -- seeing her already-recorded speech that was put together with the loaned camera gear.

The unconventional convention is now one for the history books, with a Milwaukee teacher part of an edited video that played during it and Sen. Tammy Baldwin speaking live from Milwaukee.

After a rough primary with more than two dozen candidates, Biden's former primary opponents united and pitched their one-time foe.

"He cares about our government," said Minnesota Sen. Amy Klobuchar.

"Let's now work together and stand together and America, together, we will rise," said New Jersey Sen. Cory Booker.

At one time, all of the speeches on the schedule would have been held in-person in Milwaukee. COVID-19 means that most are not.

Speaker Nancy Pelosi tells Democrats 'it's all riding on Wisconsin'

'Leave the lights on:' Day 3 of DNC elicits questions of 2024 host bid for Milwaukee

The third day of the Democratic National Convention brought questions about Milwaukee's chance of hosting the 2024 event.