The four-week average of claims, which compensates for weekly volatility, rose by 15,000 to 247,000, the highest in two months.

Altogether, nearly 1.7 million people were collecting jobless aid the week that ended Jan. 15, a nominal increase of 51,000 from the previous week.

A recent surge in COVID-19 cases has set back what had been a strong comeback from last year’s short but devastating coronavirus recession. Jobless claims, a proxy for layoffs, had fallen mostly steadily for about a year and late last year dipped below the pre-pandemic average of around 220,000 a week. Economists expect claims to return to those lower levels as the virus fades, which is already taking place in regions that were hit first with omicron infections.

After a spike in cases across the East Coast at the end of 2021, the seven-day rolling average for daily new COVID-19 cases in the U.S. has fallen by about 25% since January 12, according to data from Johns Hopkins University. However, the seven-day rolling average for COVID-19 deaths has risen significantly, from just less than 1,800 per day to about 2,300 per day during the past two weeks. 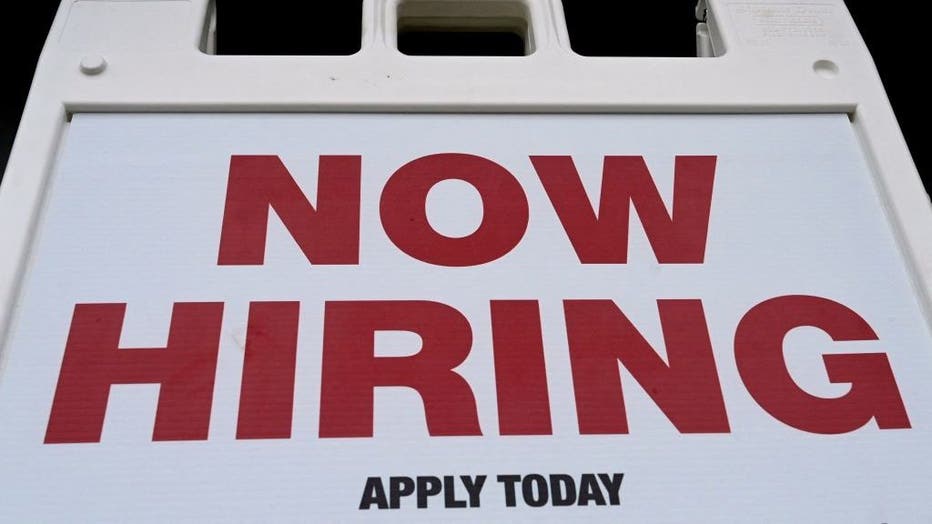 A "Now Hiring" sign is displayed in front of a store on Jan. 13, 2022 in Arlington, Virginia. (Photo by OLIVIER DOULIERY/AFP via Getty Images)

The job market has bounced back from last year’s brief but intense coronavirus recession, and companies are desperate to retain and hire workers, despite the recent uptick in jobless claims. The unemployment rate settled at 3.9% last month, a long steady decline from heights of nearly 15% in the spring of 2020 when the pandemic devastated the global economy.

Data for December will be released next week, but in November, employers posted 10.6 million job openings, the fifth-highest monthly total in records going back to 2000. A record 4.5 million workers, confident in their prospects for better opportunities, quit their jobs in November.

A red-hot U.S. economy has triggered inflation not seen in four decades, leading the Federal Reserve to ease its support for the economy. The Fed on Wednesday signaled that it would begin a series of interest-rate hikes in March, reversing pandemic-era policies that have fueled hiring and growth but also stubborn inflation. The downside of the Fed’s expected rate hike — or hikes — is that it will make it more expensive to borrow for a home, car or business.

Also Thursday, the government reported that the U.S. economy expanded 5.7% in 2021, grew last year at the fastest pace since a 7.2% surge in 1984 after a previous recession.