MILWAUKEE (WITI) -- A lot of crazy things have happened under the "Golden Arches" recently.

In April, a topless mom trashed a McDonald's in Florida, even pausing her rampage to guzzle some soft serve out of the ice cream machine.

In Norway one man w 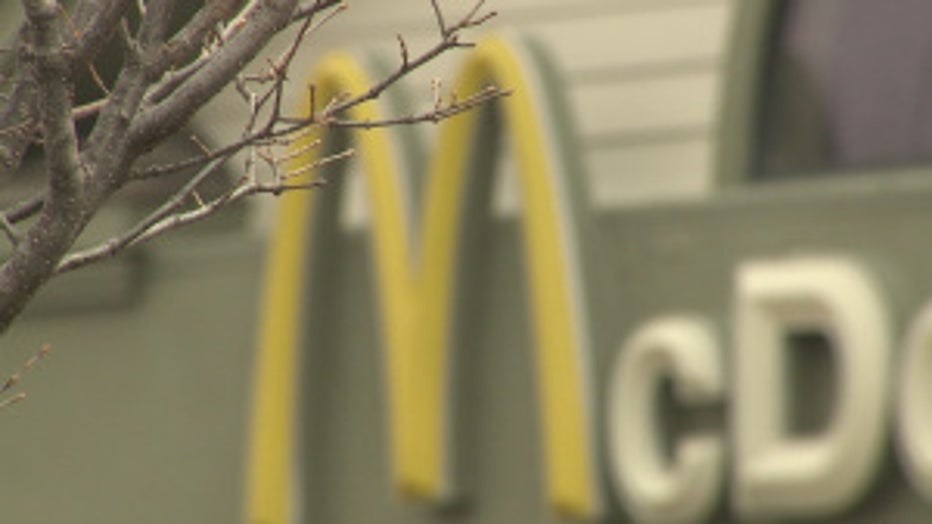 as 'lovin' it' so much he branded himself with a McDonald's receipt.

Back in Milwaukee, a man from Whitefish Bay named Ed Patterson said he just wanted to follow in his family's footsteps. So, early last year, he bought his neighborhood McDonald's -- the same store his father had owned when he was just a boy.

In 2012 the Drug Enforcement Administration started investigating what they would later call the Patterson Drug Trafficking Organization.

Patterson and his buddies were arrested last fall, and the criminal complaint that followed shows how he was able to use the United States Postal Service to ship hundreds of thousand of dollars of pot from Mendocino County, California to Wisconsin.

"The price usually doubles or triples once it goes from there to here to Wisconsin," says Jeffrey Zientek, a canine handler for the West Allis Police Department.

An informant told police Patterson had decided to start what he called the "mail thing" after some of his crew had been pulled over with weed in their cars on their way back from California. 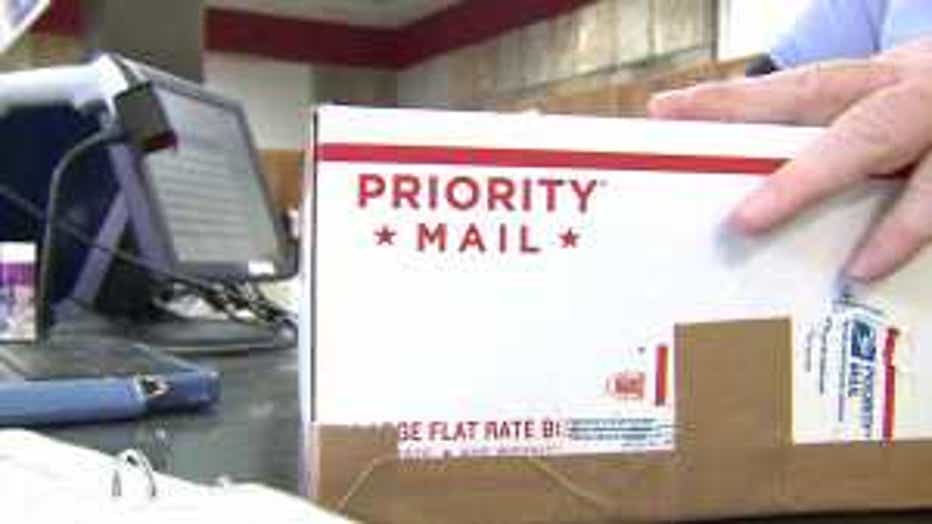 "People are now more afraid to transport it by ground," Zientek says.

So Patterson started mailing the pot home for about $10 a pound. Because the parcels couldn't be too heavy, he'd only put a few pounds of pot in each package. During the Fall of 2012, he was allegedly shipping nearly 60 pounds a month, or roughly $250,000 worth of weed -- for the cost of postage.

"You are playing the odds. Yes, you might get away with it one or two times, but you will eventually get caught," Zientek says.

Zientek and his dog, Sonny, help law enforcement agencies all over Southeast Wisconsin try to weed out packages full of, well, weed.

'The wackiest is somebody taking duct tape, silver duct tape, and taping their box together from California or something," he says.

"And the box literally without even going near it with a canine you can smell the narcotic seeping through the box itself."

He says shipping drugs through the mail is probably safer than it should be. For one, law enforcement doesn't have the resources to try to figure out where the drugs came from and who's expecting them. 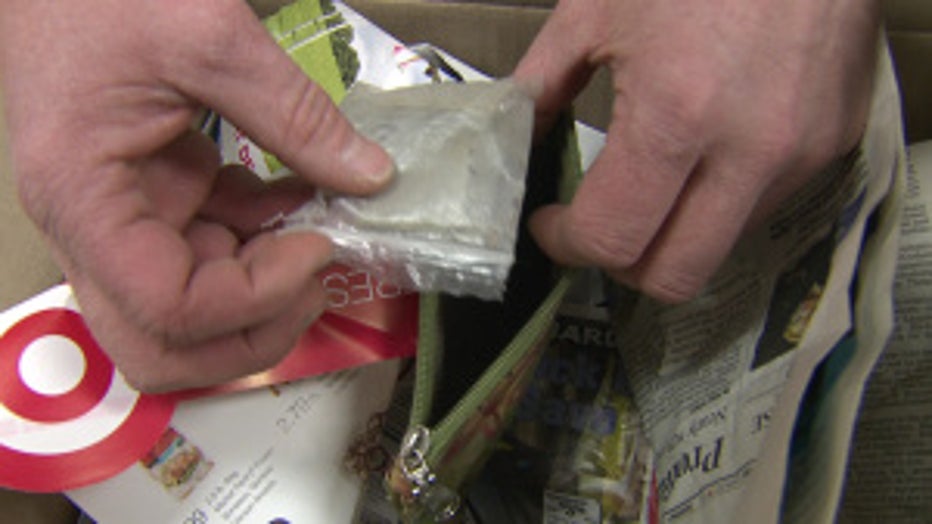 "It takes a lot of man hours to figure something like that out," he explains.

So if it's not an easy case to crack, he says, local law enforcement agencies just seize the package and move on. Nobody gets arrested and nobody gets the drugs.

In April, Senator Lisa Murkowski from Alaska called Attorney General Eric Holder to task on the issue during budget meetings.

"We are being beat on these issues and the impact to our communities again, utilizing legal processes to get these drugs in that are in many cases wiping out families. We need some assistance here," she said.

"The drugs are coming into the community through the mails."

The Attorney General agreed, but didn't offer a solution.

"It is shocking to see the amount of drugs that get pumped into communities all around this country through our mail system," Holder said. 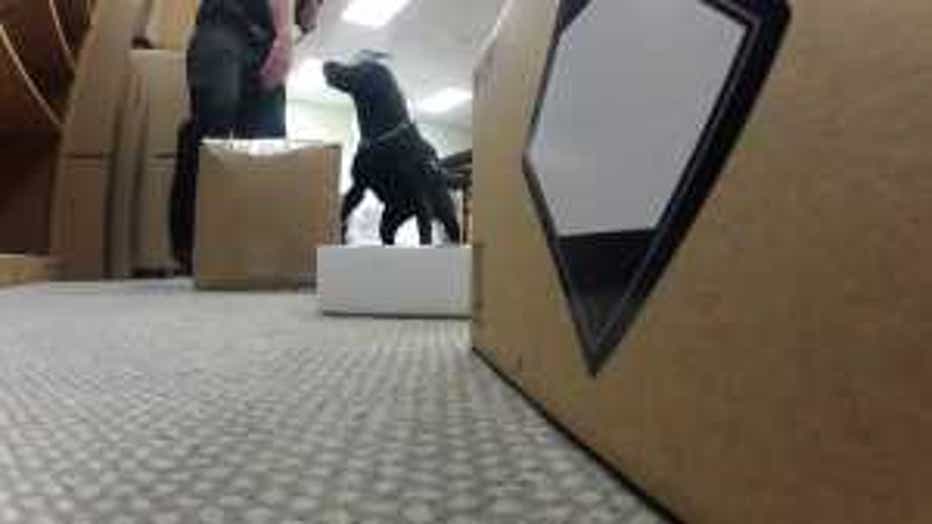 But it's unclear how it's currently being dealt with. For example, the FOX6 investigators have collected dozens of search warrants. In all of the cases, it was found, police officers got permission to search suspicious packages and drugs were in fact found inside.

But a search of state and federal records shows no arrests were made in connection with the packages. The boxes were opened, and the drugs were found, but it seems nobody got in trouble. If drugs are shipped through the U.S. mail, as opposed to a private courier, a federal search warrant is required before a package can be opened.

"We are doing all we can to make sure the mail is safe," says U.S. Postal Inspector Brian Haraway.

He says the Postal Service knows the mail is  being used to transport all kinds of drugs, but they don't know how often people are being caught.

In 2013 U.S. Postal Inspectors seized about 9,000 packages of marijuana that had been sent in the mail. That's 20 % more than the year before.

But Haraway says there's no way of telling how much pot actually made it through safely.

Patterson and his crew were never caught on video at any mail facilities, but investigators say records show that between April 2012 and September 2013, at least 35 packages of marijuana were shipped from California to Milwaukee by U.S. Express Mail. The return addresses were imaginary.

According to the criminal complaint, 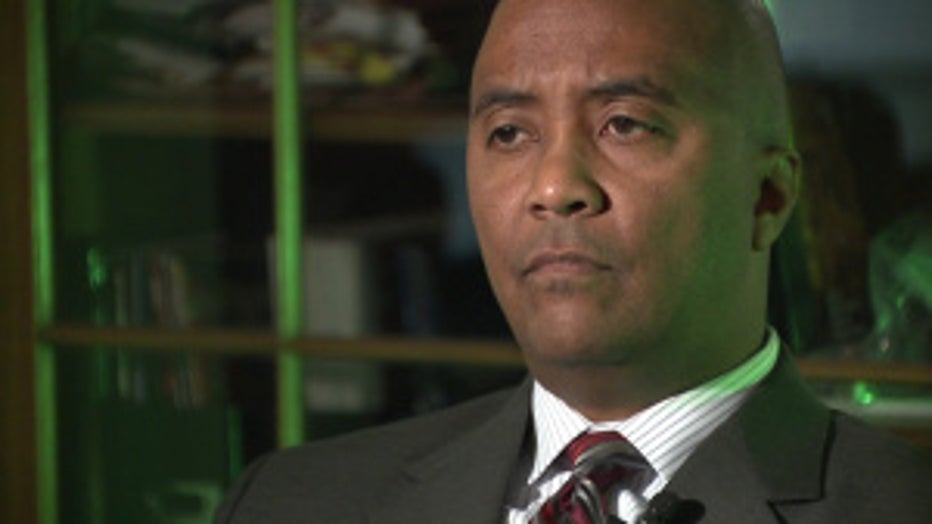 And with the help of the United States Postal System, federal investigators say he was able to successfully ship somewhere between 200 and 800 pounds of marijuana before getting caught --- easily a $1 million dollar business.

"Eventually you will get caught. If you send once or twice and get lucky, but the famous saying is 'they have to get lucky all the time and law enforcement only has to get lucky once,'" Zientek says.

Patterson's trial was supposed to start May 5, but it's postponed so the parties can reach a plea deal.

The U.S. Postal Service offers a $50,000 reward for information leading to the conviction of people trying to mail marijuana via the U.S. mail system.