Attack on U.S. Embassy in Libya

Attack on U.S. Embassy in Libya

TRIPOLI, Libya (CNN) -- Chris Stevens, an American who risked his life to help Libyans overthrow dictator Moammar Gadhafi, was killed overnight in the former rebel capital of Benghazi -- a city he helped save, making it an especially tragic place for him to die, President Obama said Wednesday, September 12th. 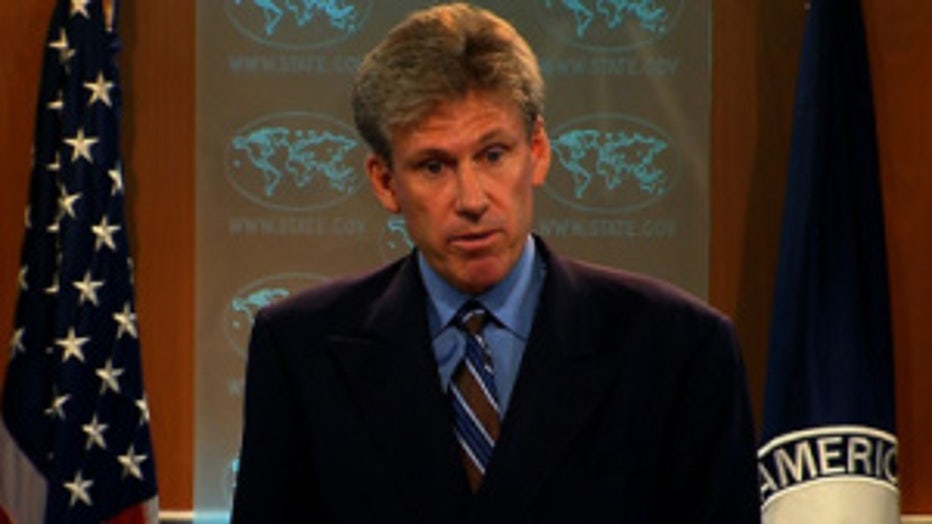 An Arabic speaker who loved Libya and understood it deeply, Stevens died along with three other Americans when an angry mob stormed the U.S. Consulate in Benghazi. He was the first U.S. ambassador to be killed in the line of duty since 1979.

The consulate was one of several American diplomatic missions in the Middle East to face protests Tuesday after the release online of a film mocking Islam and depicting the Muslim Prophet Mohammed as a child molester, womanizer and ruthless killer.

But U.S. sources told CNN on Wednesday that the Benghazi attack was planned, and the attackers used the protest outside the consulate as a diversion. The sources could not say whether the attackers instigated the protest or merely took advantage of it, and they say they don't believe Stevens was specifically targeted.

A senior U.S. official familiar with the details of the attack said a rocket-propelled grenade set the building ablaze, leaving the Americans facing a fire inside and attackers outside. Stevens and the others who died were separated from the rest of the staff while trying to escape to the roof of the building and succumbed to smoke inhalation, the senior official said.

The official said there were several "valiant but unsuccessful" attempts to get back into the building and rescue them.

In Washington, President Barack Obama said the violence was unwarranted and vowed that "justice will be done."

"Since our founding, the United States has been a nation that respects all faiths. We reject all efforts to denigrate the religious beliefs of others," he said. "But there is absolutely no justification for this type of senseless violence -- none."

In June, a senior Libyan official told CNN that U.S. controllers were already flying the unmanned craft over suspected jihadist training camps in eastern Libya because of concerns about rising activity by al Qaeda and like-minded groups in the region.

Secretary of State Hillary Clinton dispatched Stevens to Benghazi to be the American link to rebel forces battling to overthrow Gadhafi in 2011.

"He arrived on a cargo ship in the port of Benghazi and began building our relationships with Libya's revolutionaries," Clinton said Wednesday. "He risked his life to stop a tyrant, then gave his life trying to build a better Libya."

She identified a second victim as Sean Smith, a Foreign Service information management officer who was a 10-year veteran of the State Department, a husband and a father of two.

The two other victims have not been named. Clinton said the government was working to contact their families.

"The mission that drew Chris and Sean and their colleagues to Libya is both noble and necessary, and we and the people of Libya honor their memory by carrying it forward. This is not easy," Clinton said. But she added, "We must be clear-eyed even in our grief."

"This was an attack by a small and savage group, not the people or government of Libya. Everywhere Chris and his team went in Libya, in a country scarred by war and tyranny, they were hailed as friends and partners. And when the attack came yesterday, Libyans stood and fought to defend our post. Some were wounded. Libyans carried Chris' body to the hospital, and they helped rescue and lead other Americans to safety."

Libyan Prime Minister Abdurrahim el-Keib apologized "to the American people and the government, and also to the rest of the world" for the "cowardly, criminal act."

About 50 U.S. Marines from a rapid reaction force headed to Libya after the attack, U.S. officials said Wednesday.

"This led to more anger, and this is when the consulate was stormed," he said. "Criminals managed to get in and they burned and ransacked the consulate."

The consulate was badly damaged and was being looted Wednesday, said a contractor working at the mission, who asked not to be named for security reasons. He said he saw the bodies of all four Americans on the street Wednesday morning.

Libyan Deputy Prime Minister Mustafa Abushagur said Stevens was "a friend of Libya, and we are shocked at the attacks on the U.S. consulate in Benghazi."

"I condemn these barbaric acts in the strongest possible terms. This is an attack on America, Libya and free people everywhere," he said on Twitter.

The contractor in Benghazi said he could hear rocket-propelled grenade attacks Tuesday night.

Libyans were also killed, the contractor said, saying the victims were shot on the spot.

The bodies of the four Americans were at Benghazi airport, the contractor said, citing the Libyan minister of foreign affairs and a top immigration official in Benghazi.

Friends say Stevens loved Libya and had a deep affinity for the Libyan people, enjoying heading out into the field and getting to know people.

A speaker of Arabic and French, he was among the first U.S. diplomats sent to Libya in 2007 when the United States resumed ties with the Gadhafi regime.

The last time an American ambassador was murdered was in 1979, when the envoy to Afghanistan, Adolph Dubs, was kidnapped and killed during an attempt to rescue him, according to State Department records.

Stevens is the sixth U.S. ambassador to die by violence in the line of service. Two others have been killed in plane crashes.

The United States was taking added security measures to protect its citizens worldwide after Tuesday's attacks.

CLICK HERE to read more stories about the embassy attack in Libya.