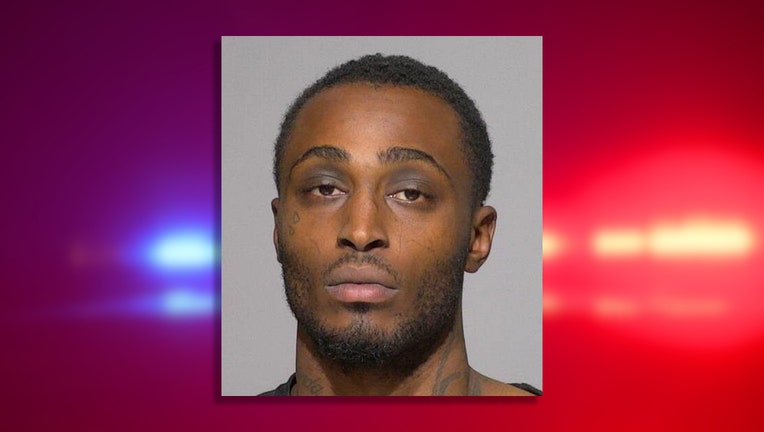 MILWAUKEE - A Milwaukee County jury found Tyshawn Gilmore guilty on Friday, Jan. 6 of charges associated with a fatal shooting near 21st and National in June 2021.

Prosecutors allege Tyshawn Gilmore was involved in a series of crimes that left a man dead. He was charged with felony murder and false imprisonment – and found guilty on both counts.

Milwaukee police were called to a home near 21st and National the morning of June 4, 2021. Officers found a man shot and wounded. Lifesaving measures were unsuccessful, and he was pronounced dead at the scene. An autopsy found that three bullets left five wounds to the victim's chest and abdomen – ruling the manner of death a homicide.

According to a criminal complaint against Gilmore, a woman told police she was with the victim the night of the shooting. She said they met a man while out at taverns who told them of an after-party. The woman and victim traveled with the man until they arrived at a residence and parked.

The complaint states that the men drove the victim and woman around, stopping at ATMs to withdraw money, before eventually stopping at a home where they got out. The men walked the victim and woman to the porch. There, the woman said, the victim mouthed to run and he took off – the two men chasing after him. The woman said she heard gunshots from behind the house. The two men ran back to the car and left, and the woman found the victim unresponsive in the yard. She called 911.

A witness who lives at the scene said there was a knock at his door and he answered to see three men and a woman. The woman told the witness to call the police because she was being kidnapped, he said, according to the complaint. He said he didn't let anyone in, but heard gunshots moments later. Another witness who lived there was inside when they said they heard gunshots and a man say "we gotta go" – seeing two men get in a car and leave.

Police reviewed the victim's bank records to track the ATM transactions made, leading them to a Walmart. Video from that Walmart transaction showed a man making transactions with distinct tattoos. According to the complaint, those tattoos match Gilmore's.

Gilmore was arrested near 55th and Garfield on June 8, 2021. There, police also found clothing that matched the man's clothing seen on the video from Walmart.

Gilmore will be back in court for sentencing – which is now scheduled for April 7.