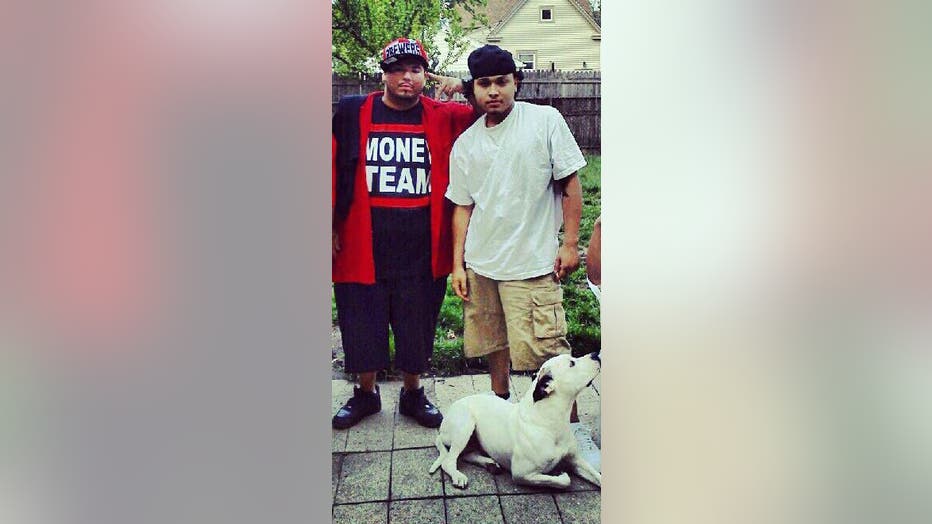 When police arrived on the scene they located two men who suffered gunshot wounds. One of the men was pronounced dead at the scene. The other man was transported to the hospital -- where he later died.

"I heard people arguing back and forth and it was extremely loud," said Tami Altergott, one of the witnesses to Friday night's shooting. "The next thing I know I heard 'bam bam bam bam bam' five shots go off," she said, saying it was an argument that quickly turned deadly.

Family of one of the victims says the man who died at the scene is 20-year-old Zachary Hernandez of Kenosha. His cousin, who didn't want to be identified, told FOX6 News he was released from prison two weeks ago, and was trying to get his life back on track.

"I feel like somebody just stabbed me in my chest, I just I don't know what to do," she said. Hernandez's cousin says the victim's mother lives in Mexico, and is now on her way to the United States to prepare for his funeral.

"They were doing the best they could but the same time he was involved in other things that they didn't know about," said Norgi Vieres, a friend of Hernandez. Vieres said Hernandez was released from prison only two weeks ago.

"From what I've seen in his actions his hangouts he wasn't going in the right direction," said Vieres.

We're also told the man who died on the way to the hospital is 23-year-old Carlos Garcia of Racine.

One of the victim's family members told FOX6 News the argument was over drugs, however, Kenosha police have not confirmed this story, nor has the department confirmed the identities of the two men who were shot and killed.

Police say no one is in custody in connection with this shooting, and they are actively seeking suspect(s). No further details have been released at this time and the investigation is ongoing.

Anyone who was in the area at the time, and may have observed any suspicious activity, or has knowledge of this crime is asked to call Kenosha Crime Stoppers at 262-656-7333 or Detective James Beller at 262-605-5275.