GREENFIELD (WITI) -- Two high-speed chases in Greenfield Wednesday afternoon, September 10th, and both of them involved stolen cars and teenagers.

A FOX6 photojournalist witnessed and shot video of one of the chases -- as a suspect headed down Highway 100.

Greenfield police say at 1:00 p.m. Wednesday, they noticed two vehicles go through a stop sign. Police chased the leading vehicle -- and that vehicle eventually crashed near 112th and Layton. That's when police arrested an 18-year-old.

Then, an officer spotted a green SUV.

"He saw a squad car make a U-turn. That vehicle took off,"

Another chase ensued -- leading police through Hales Corners and Franklin. 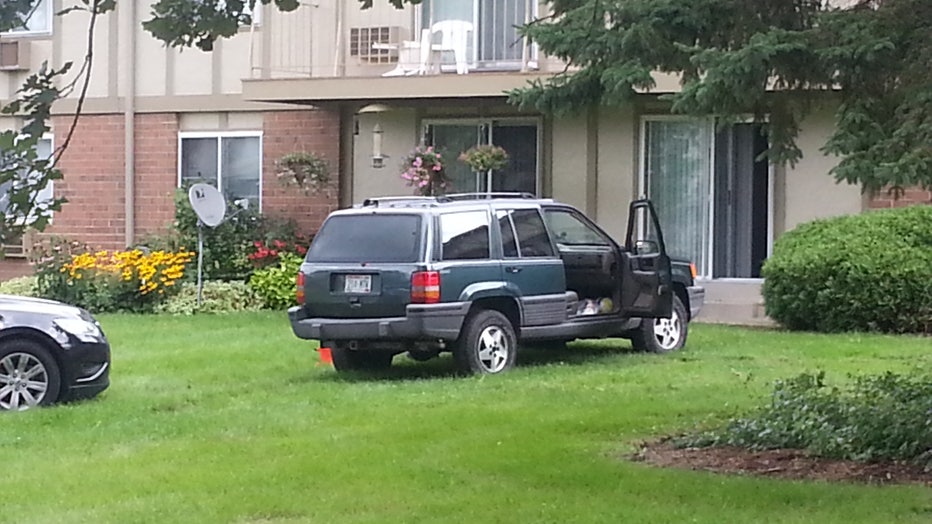 Eventually, the SUV stopped on the grass of an apartment complex at Cortez Circle. That's when police say two 16-year-olds ran into Whitnall Park, where they were arrested.

FOX6 News spoke with the vehicle's owner. He said he was in Milwaukee earlier Wednesday, near 43rd and Burnham. When he went inside to pay for gas, his vehicle was taken.

"I went to pay, and she said 'what number you at?' I looked behind me and it was gone. The guy who held the door open for me was caught on camera as the guy that took off," Paul Jones said.

Neighbors say it was a wild scene as heavily-armed police searched the area near Cortez Circle for the 16-year-old suspects.

In all, police say three teens are in custody.

"I'm just glad everyone is okay, and that I got (my vehicle) back, and they apprehended people, so it couldn't have worked out better that way," Paul Jones said.

As the two chases were going on, Greenfield police say a third vehicle was stolen.

Police are now trying to determine whether that vehicle is connected to these other two stolen vehicles.

Police are also looking into whether the incidents in Greenfield are connected to 11 robberies reported in Milwaukee Tuesday night, September 9th into Wednesday, September 10th.