Twin Girls dress up in ‘Dumb and Dumber’ costumes in Greeley, Colorado

Footage of the twins, Remy and Sawyer, shows them grinning, dressed as Lloyd and Harry in their signature suits as they drive a kid-sized dog mobile.

LOS ANGELES - A pair of two-year-old twin girls nailed their Halloween costumes in Greeley, Colorado, dressing up as the lead characters from the iconic film ‘Dumb and Dumber’ and even including the dog groomer van.

Footage of the twins, posted to social media, showed sisters Remy and Sawyer, dressed as movie characters Lloyd and Harry in their signature suits driving a kid-sized dog-mobile. 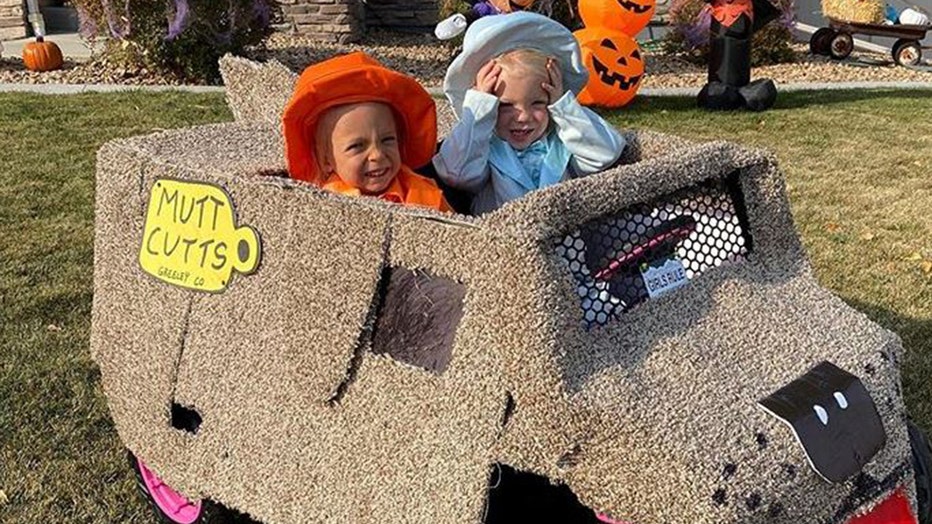 Twin girls dress up in 'Dumb and Dumber' costumes

But the journey has been far from easy, Alison revealed. The girls were born extremely premature and spent 112 days in the newborn intensive care unit (NICU).

“During that time, my husband and I would talk about and dream about everything we could do with the girls in the future as we sat in a NICU room. We dreamed of Everything and anything fun...this was our attempt to ease our minds when our girls were first born,” Alison shared. “We started to just plan everything fun we will someday be able to do with the girls. Halloween was one of them.” 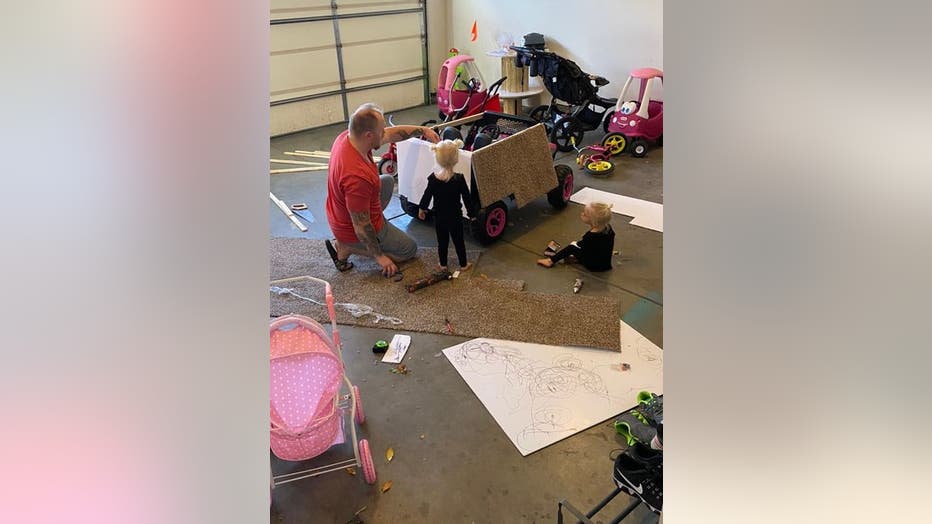 “They are obsessed with dogs so we figured even though they may not know who Harry and Lloyd are or understand their costumes they would love their ‘puppy Jeep,’” Alison said. “We picked their Jeep as it’s the only toy we have that would fit both of them. They have little push toys we could have used but felt like the Jeep would have been better. Plus, Sawyer just became tall enough to drive it in her own!”

Alison’s Instagram is devoted to her twin girls, with many uploads featuring the pair. 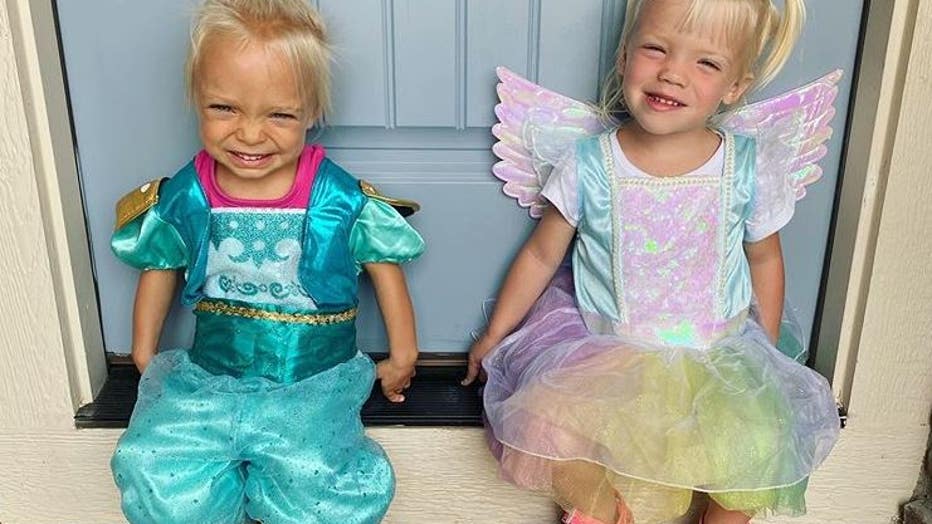 “Sawyer and Remi have large imaginations and they love to play dress up. They have a craft closest that has about 7 other dress up costumes they are in regularly,” Alison said.

RELATED: 4-year-old twin girls dress up as Trump and Biden ahead of Halloween, 2020 election

The social media posts have garnered hundreds of views, and Alison said never in a million years did she think the post would go viral.

“But I’m glad people enjoy this and that it brings laughter to everyone. People need something to smile about and laugh about. Also, it has brought much joy to us as a family watching the girls just love it and thinking it’s the coolest thing ever,” Alison shared.

As for whether the twins’ bright, pink jeep will ever go back to the way it originally was, Alison says it probably will not.

“Our neighbors always come outside when they see the girls driving there puppy Jeep. They laugh and it’s been a good way to make people smile. Most of them ask if it will ever be just there pink Jeep again. We tell them, probably not as every morning the girls wake up and ask to drive their puppy Jeep,” Alison shared.

Storyful contributed to this story.