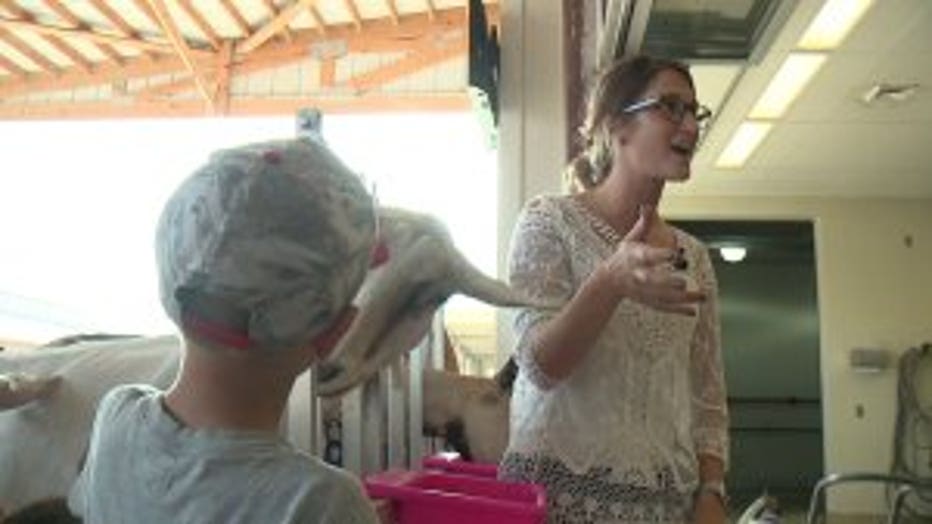 WEST ALLIS -- On the fourth day of the 11-day Wisconsin State Fair on Sunday, Aug. 4, FOX6 News found a battle brewing for dairy supremacy. Wisconsin produces more goat milk than any other state in the country, and some people at the fair said they think it's time goats get some time in the spotlight.

At the Wisconsin State Fair, Sarah Adamson was on a mission Sunday to prove there's more to the Dairy State than cows.

"Goats have their first baby at 12 months old," said Adamson.

"I do get a lot of questions," said Adamson. "People don't quite realize that goats can be milked like cows." 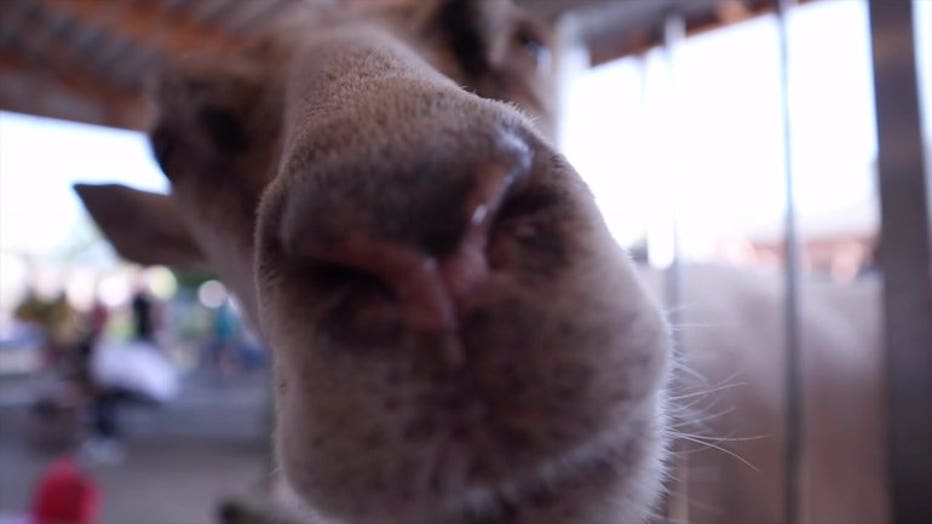 Tyler Krumnow, 9, was only brave enough to touch, not taste.

"It kind of feels a little rough, but also soft," said Krumnow. 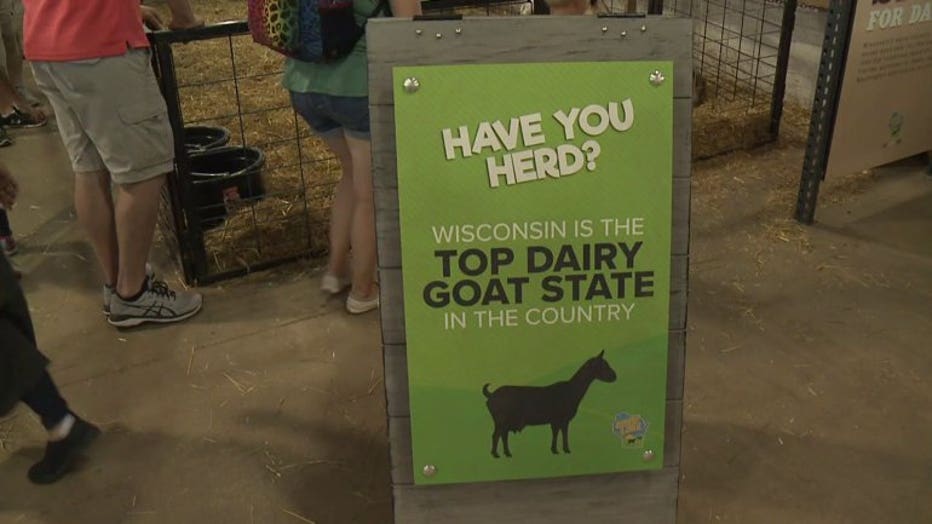 Wisconsin is the leading state in the nation for goat milk production, with an estimated 44,000 goats in the state. The animal is capable of producing a gallon of milk per day.

Fisher only has two goats, but that's enough to make 3,000 bars of soap each year. 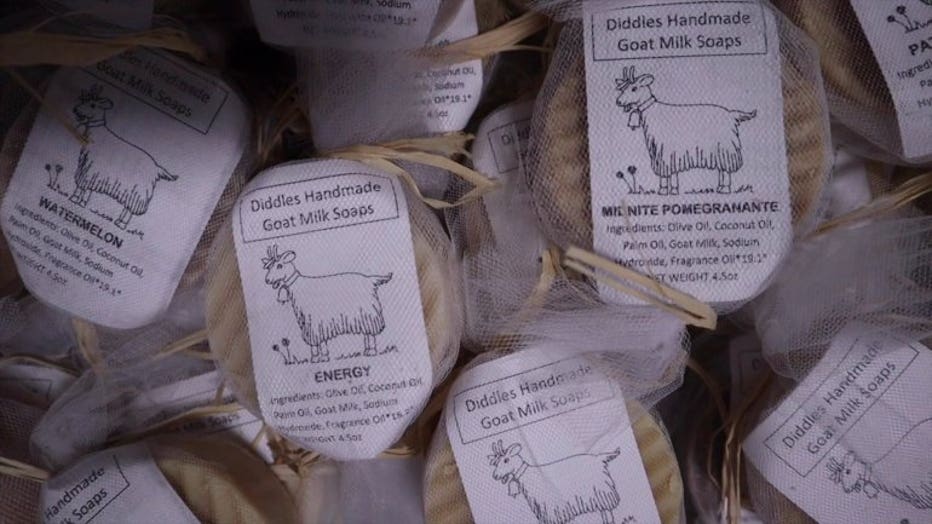 "Goat milk is better for your body, because those proteins are small," said Fischer. "They are easier on your digestive system. The proteins in cow milk are very large, and very complex."

Fisher's booth in the Wisconsin Products Pavilion featured 20 other Wisconsin businesses with goat milk products -- everything from ice cream to cheese.

"We do over 10,000 samples a day of products that we give people," said Fischer. "Every other person is still surprised. 'I had no idea goat cheese tasted like this!'" 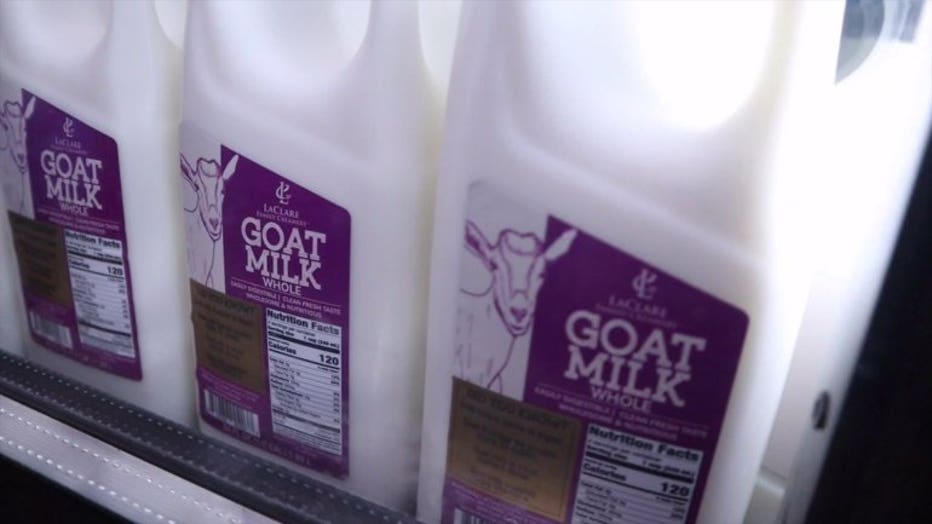 As Adamson prepared for her next presentation, she said she was hopeful Wisconsin would get the message that, in her mind, these animals are the GOAT (greatest of all time).

"California has more cows than us but we do have the most goats of any other state!" said Adamson.

CLICK HERE for more information on the Wisconsin State Fair.