Trump to supporters in Waukesha: “I will fight for you harder than anyone has ever fought for you before”

Trump to supporters in Waukesha: "I will fight for you harder than anyone has ever fought for you before"

WAUKESHA -- Donald Trump returned to Wisconsin on Wednesday, September 28th -- in an effort to convince voters he did not secure in the April primary that he is the man for the job in the White House.

It was no accident Trump made a push in Waukesha County. The county equals reliable Republican votes -- but not yet for Trump. However, some Republicans believe if he can do better here of all places, he can win the state. 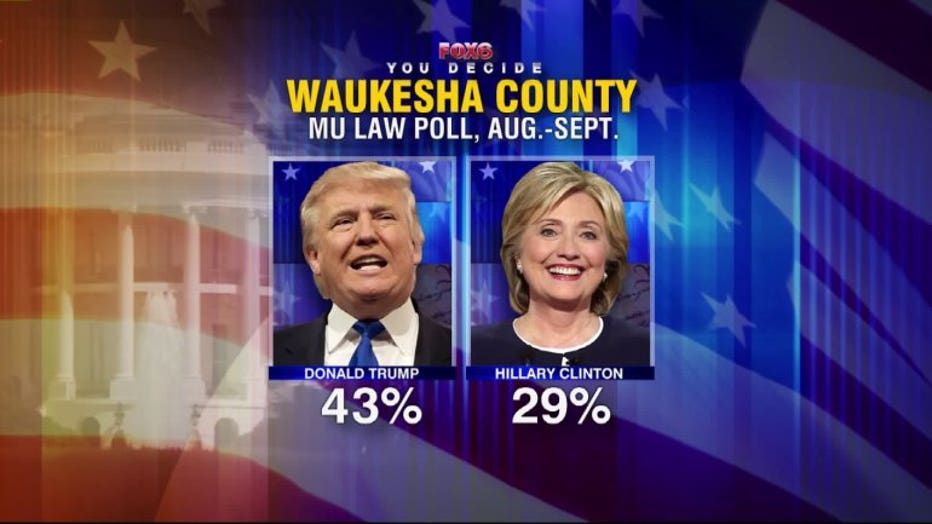 But when you compare that to Sen. Ron Johnson's lead -- 29 points -- you can see Trump is under-performing Mitt Romney who led in Waukesha County by 19 points in 2012.

At least publicly, Republican Party officials said they see the numbers in Waukesha County as no cause for concern.

One person told FOX6's Theo Keith that he expects close to 100 percent of Waukesha County Republicans to end up voting for Trump. 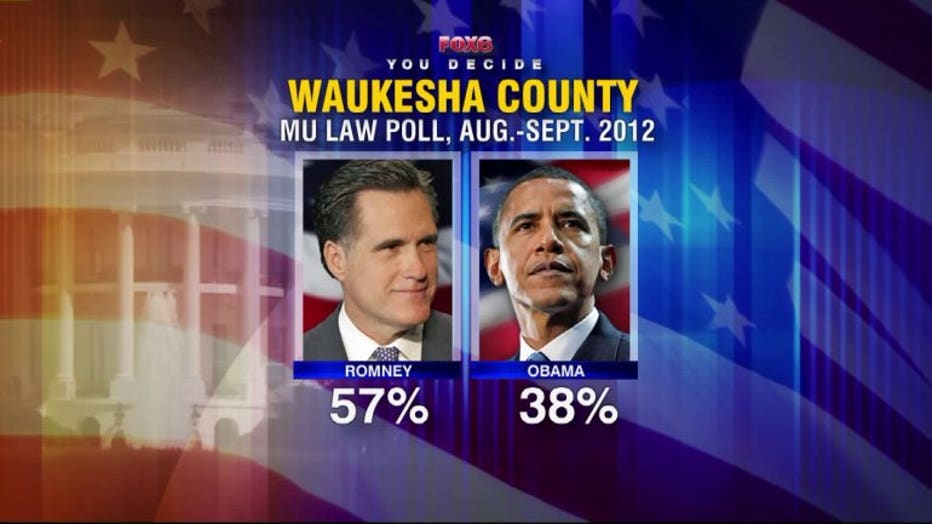 A crowd of 1,500 showed up at the Waukesha County Expo Center to hear Trump speak Wednesday.

There were some familiar themes: immigration, taxes and Hillary Clinton.

Trump said the momentum is on his side. He spoke to African-American voters, saying "what the hell do you have to lose?" 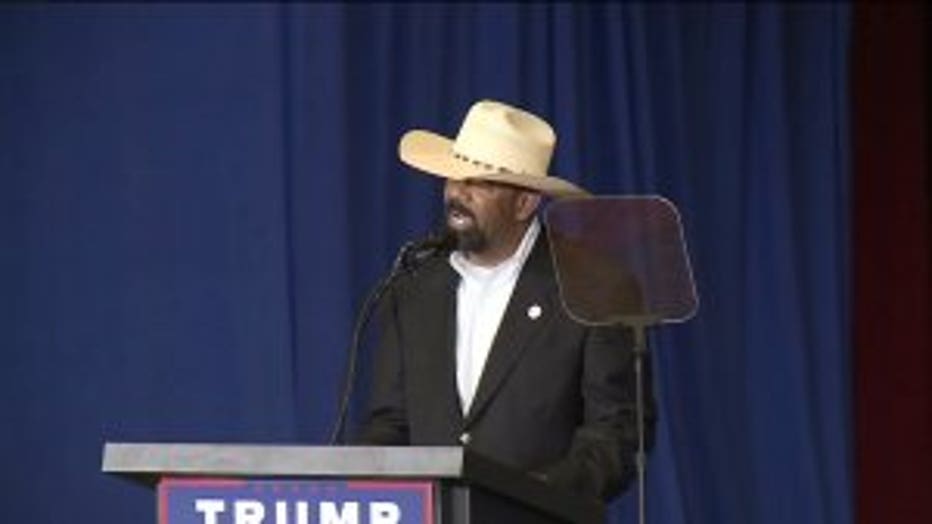 Milwaukee County Sheriff David Clarke welcomed Trump to the stage -- saying he was "made for this moment of turmoil in the United States."

Former Governor Tommy Thompson urged people to get on board the "Trump Train." Thompson supported Ohio Gov. John Kasich during the primary.

Trump said Thompson was the reason he came to Wisconsin Wednesday. 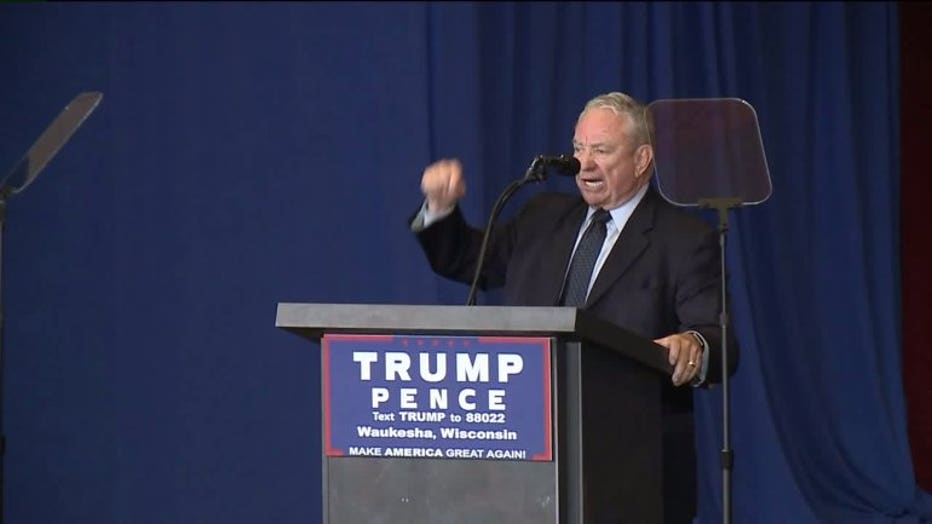 "It's time to get on the train. The Trump Train is moving! Told him three months ago to campaign elsewhere. 'Get the hell out of here. Wouldn`t win Wisconsin.' Told him last week, come back. Two points down," Thompson said. 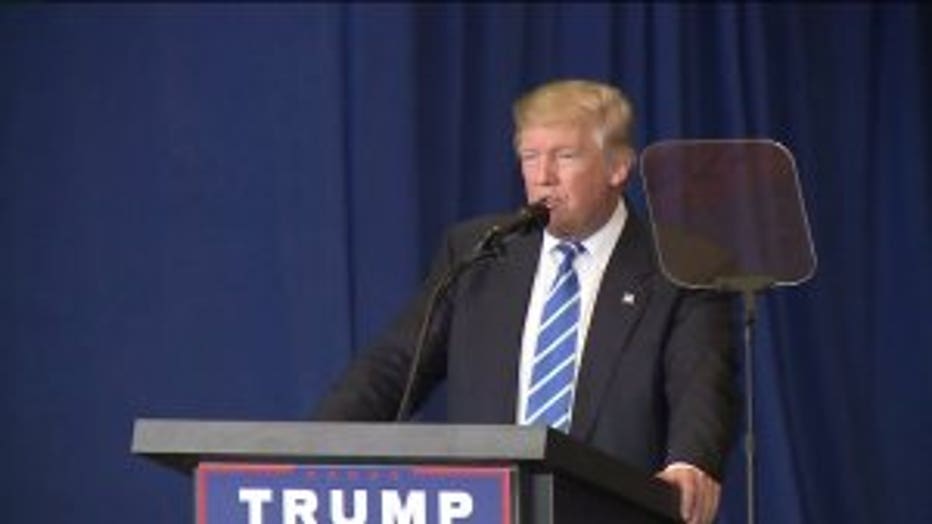 One animal rights protester interrupted Trump's speech, and two more people were kicked out before the event began. There were no arrests.

On stage, Trump said Hillary Clinton has failed in everything she's done.

Trump read from a teleprompter Wednesday evening, and was more than an hour late for his rally. That meant some waited for five hours to hear him speak.