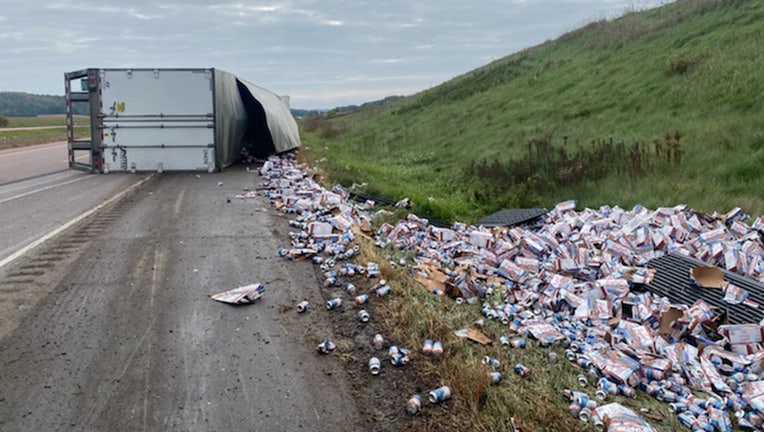 HIXTON, Wis. - A truck hauling what appears to be Leinenkugel's beer overturned near Hixton in northwest Wisconsin on Wednesday morning, Oct. 6.

There were no serious injuries reported in this wreck, officials said.

The crash remains under investigation by the Wisconsin State Patrol. 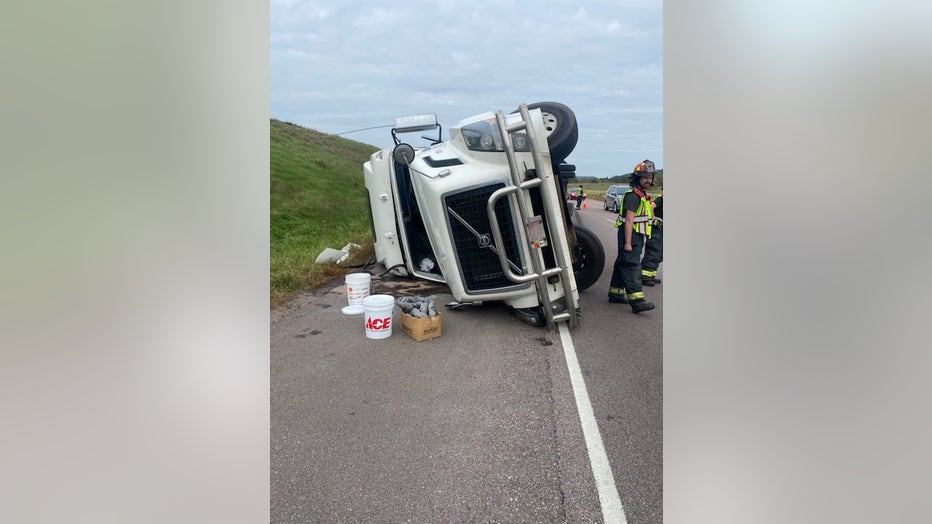 Four people were arrested after a police pursuit ended in a crash near Green Bay and Green Tree.