MILWAUKEE -- Officials with the Wisconsin Department of Transportation said Wednesday, February 15th a semi overturned on I-94 eastbound in the Stadium Interchange. 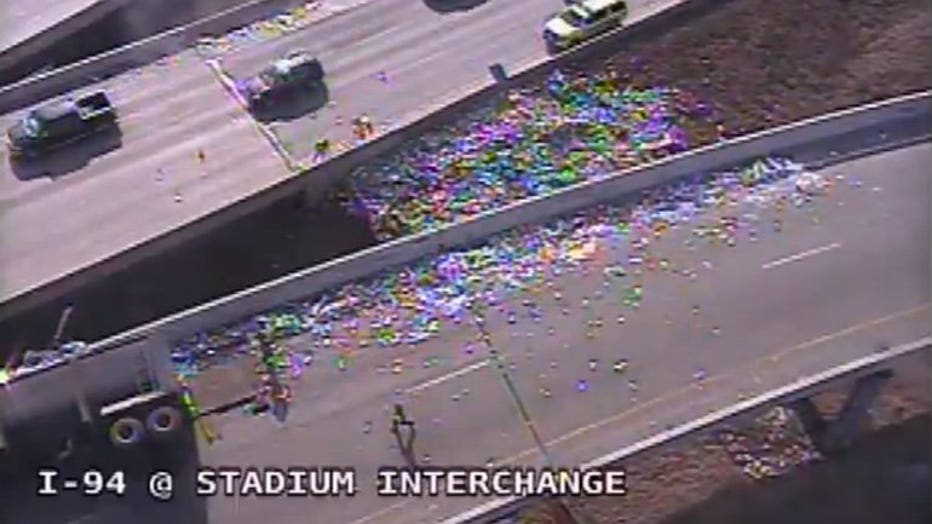 According to the WisDOT, the right lane of I-94 eastbound is closed through the Stadium Interchange as well as the ramp from Highway 175 southbound to I-94 eastbound due to the incident. 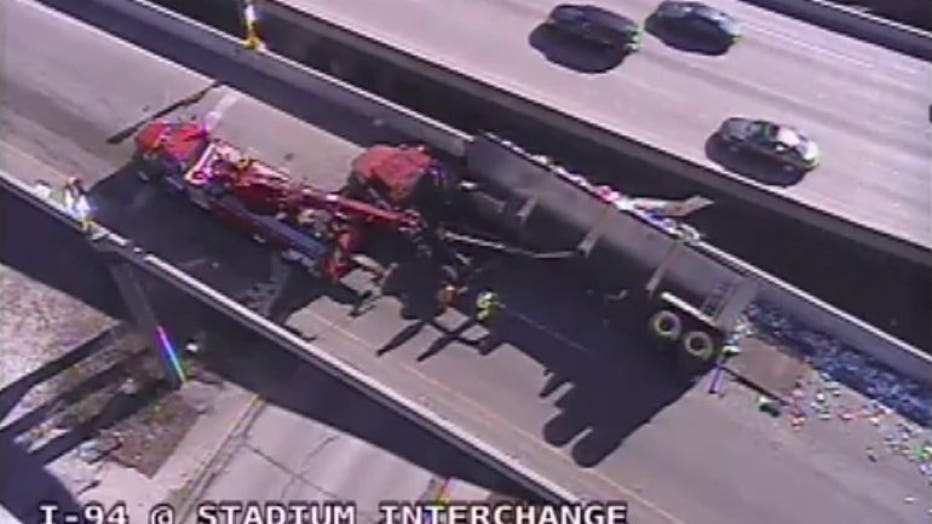 There is a lot of debris on the roadway.

Officials with the Milwaukee County Sheriff's Office said the debris is both metal and liquid.

Hazmat teams have been called to the scene.