A carjacking in Milwaukee's Riverwest neighborhood and a suspected attempted carjacking in Bayside have led police to refresh an important message to the community about 'crimes of opportunity.'

MILWAUKEE - Police in Milwaukee and Bayside are looking into a recent carjacking and possible attempted carjacking, respectively.

In one situation, the suspect got away with the vehicle. In the other, they were scared off before that could happen.

Dashcam video shows a woman unloading a grocery delivery in Riverwest. When she turns around, she sees her car driving away -- with someone else behind the wheel.

According to Milwaukee police, it happened around 6 p.m. on Sunday, Aug. 2 near Locust and Fratney. A woman jumped out of her car to unload groceries when someone driving the other way, jumped out of their car and into the driver seat of hers. 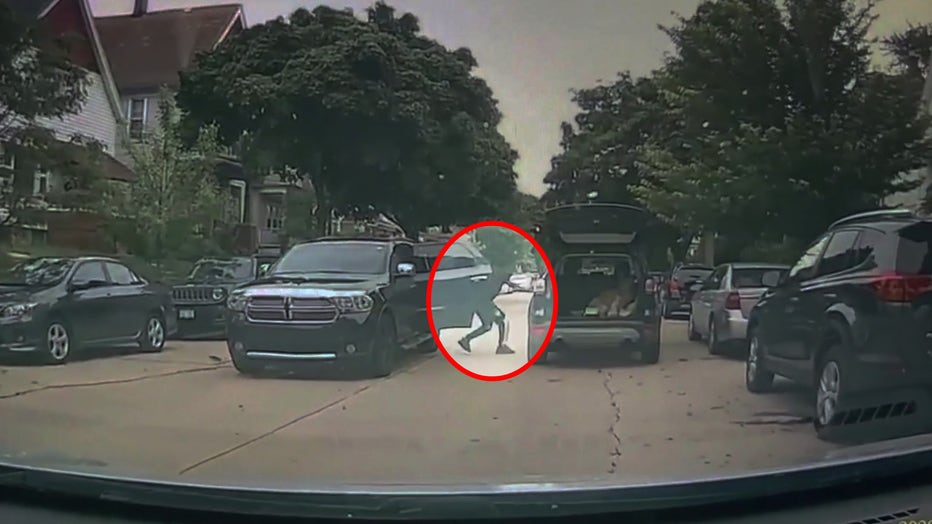 Less than 24 hours later, residents of the quiet neighborhood said news of the stolen car is scary.

"To think that an essential worker, dropping off groceries, would be carjacked in the midst of this neighborhood is totally shocking," Murray said.

A few miles north in the Village of Bayside, police said a brave resident prevented his neighbor's car from falling victim to a similar fate just after 5:30 a.m. on Tuesday morning, Aug. 4.

"A resident observed two people in his neighbor's driveway...He believed they were trying to enter his vehicle to steal it or break into it," said Lt. Cory Fuller with the Bayside Police Department. 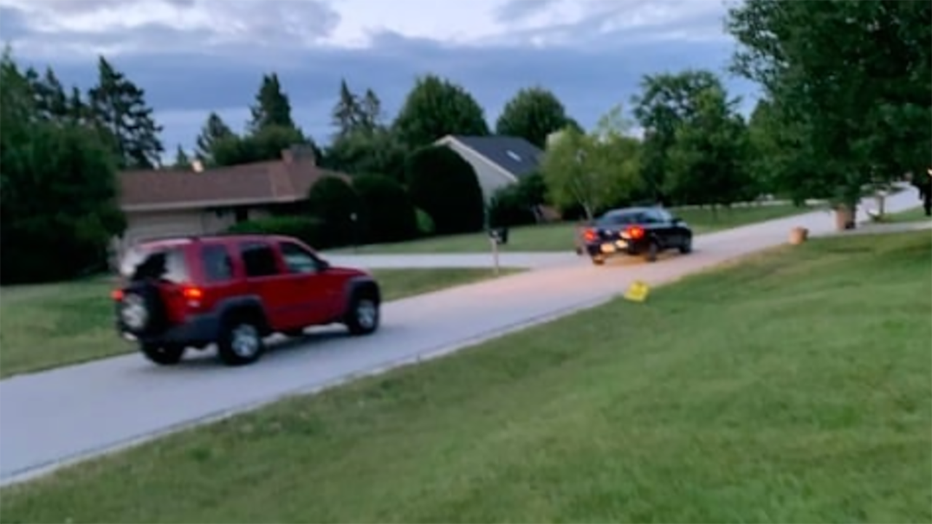 After seeing the suspected thieves on the prowl, police said the man went into action.

"The vehicles he described as possibly being entered to be stolen, or broken into, did not have any items taken. So he may have prevented the theft of the vehicle just by making himself known," said Lt. Fuller.

In addition to calling police, the man snapped photos showing the crooks fleeing the scene.

Police warn that these are crimes of opportunity. To be safe, police say don't give would-be criminals that opportunity: don't leave valuables in your car, always roll-up windows, be sure to lock your vehicle and don't leave it running -- even for a moment.

Police in both Milwaukee and Bayside are investigating the incidents. Anyone with information is asked to give them a call.

2 juveniles spotted near vehicle in Bayside, police believe they may have been attempting to 'steal'