Governor-elect Tony Evers to be sworn in Monday

Governor-elect Tony Evers to be sworn in Monday

MADISON — Democrat Tony Evers, who will be sworn into office as Wisconsin governor Monday, promises that he will seek civility and work together with Republicans, saying voters showed their displeasure with partisan politics when they rejected Gov. Scott Walker.

Evers becomes Wisconsin's 46th governor at a ceremony that will see Democrats sworn into every statewide constitutional office. Republicans will maintain their majorities in the Senate and Assembly, setting up the potential for gridlock not seen in the state in more than a decade.

Walker and Republicans had complete control the past eight years; before that, Democrats had full control for two years. 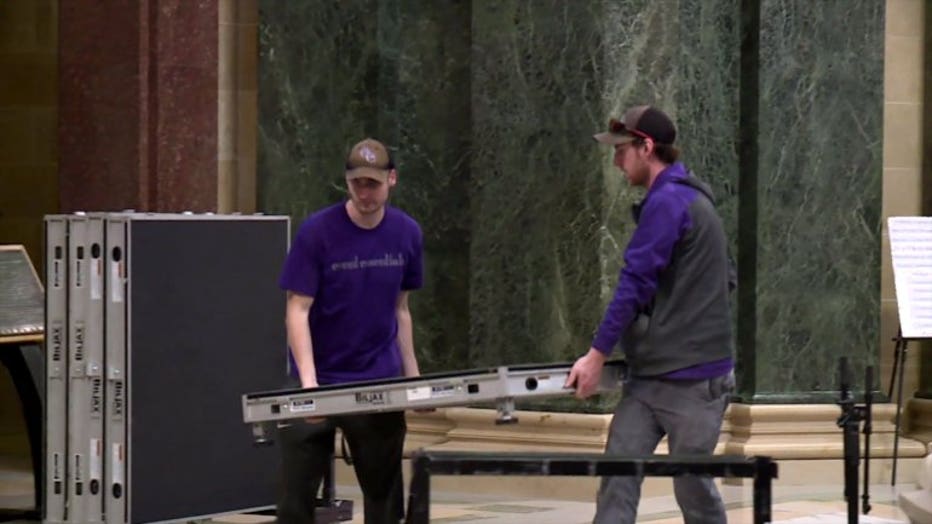 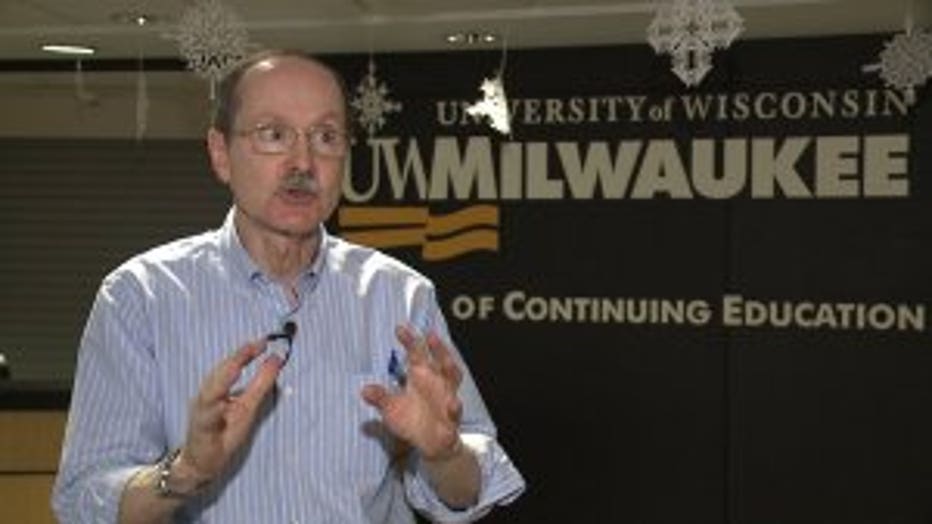 "I think (Monday) is going to be a lot of smiles -- big jubilation -- a big change," said Mordecai Lee, University of Wisconsin-Milwaukee professor.

Evers' inauguration will begin at 11 a.m. A gala will follow at 7p.m., and Big Brothers, Big Sisters will benefit from donations made throughout the evening. At a kids' gala Saturday afternoon, Jan. 5 in Milwaukee, Evers stressed children and education will be at the forefront of his administration.

"We just like to engage with young people because we know it's critical for them to succeed and prosper," said Evers.

After the party is over, Lee said he expects things to get nasty.

"The Republican Legislature says they are not going to pass a Tony Evers budget that, let's say, increases funds for education. They are going to do their own kind of budget with their own priorities. Will they ever be able to compromise?" said Lee. 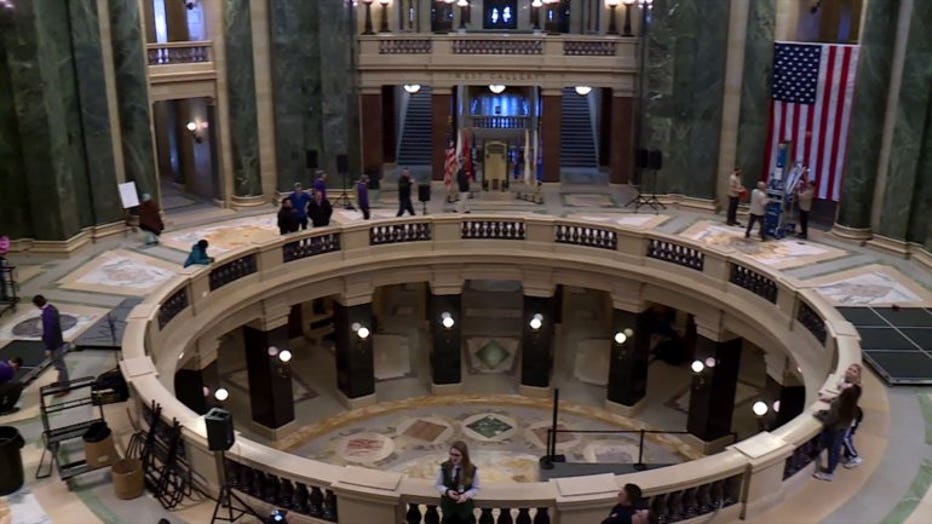 Evers, in an interview with The Associated Press, said his inauguration message will focus on hope for the future and bridging the partisan divide. The state schools superintendent since 2009, Evers said he recognizes that he's not liberal enough for some Democrats itching for revenge after eight years with Walker as governor. But Evers said he knows that to Republicans in charge of the Legislature, he is seen as "the most liberal governor that's ever walked the face of the earth, or the face of Wisconsin."

"I am who I am," said Evers, a 67-year-old cancer survivor who revels in his plainness. "I care about kids, I care about doing the right thing for the people of Wisconsin. And so I know that frustrates people that they can't pigeonhole me. But I think that's a strength, not a weakness. I'm not going to change from that."

He promises to stand up for what he believes in, including his campaign promises to increase education funding by 10 percent, expand health care access and reach a compromise for a long-term solution to road funding.

He also wants an income tax cut for the middle class, criminal justice reform to cut the prison population in half and increases to the minimum wage. 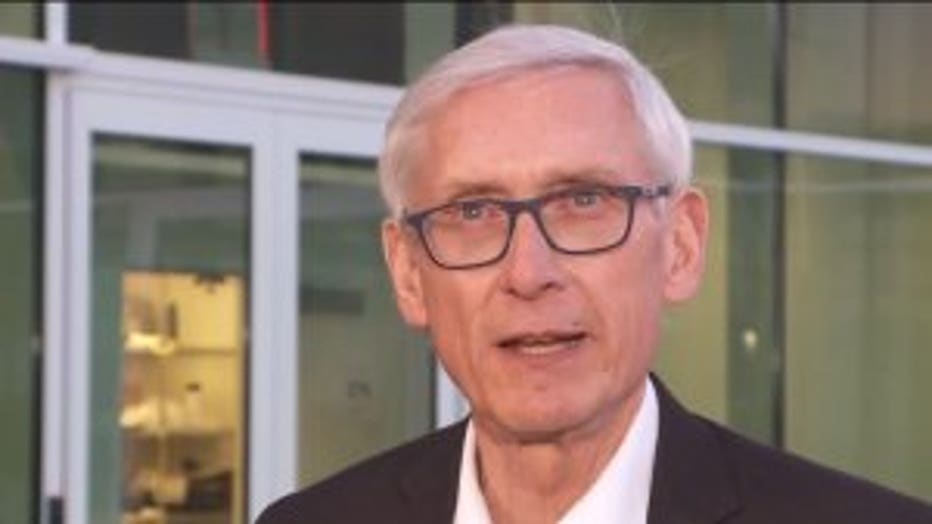 While some forecast gridlock, Evers sees an opportunity for both sides to work together to reach compromises.

"My DNA is such and my educator background is that you try to find common ground and people know that I'm willing to do that," he said. "But if it's like, 'No, you're the governor and we're a bunch of Republicans' and stick it to me, that just doesn't work. People of Wisconsin don't want that."

Walker said he left a letter with advice for Evers at the governor's mansion.

"It's all positive," Walker said. He said the letter summarizes advice he got eight years ago from former governors along with "personal advice."

Walker said he encourages Evers to aggressively travel the state. 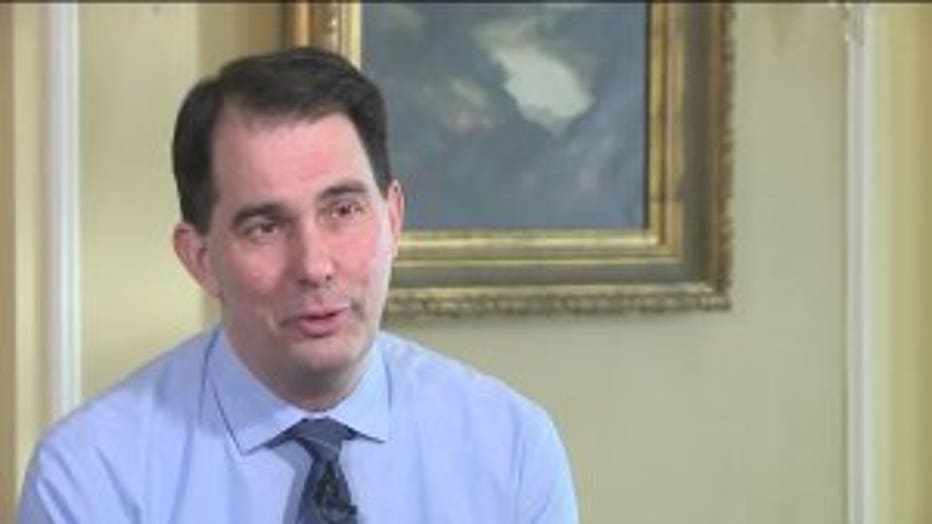 "It's a great way to stay in touch with what's going on in the state," Walker said. "You hear about things, you pick up things that you don't necessarily hear in the Capitol."

Evers narrowly defeated Walker by just over 1 point. The white-haired former teacher who worked all across Wisconsin before being elected state schools chief in 2009 embraces a personality often described as non-charismatic.

Evers met his future wife, Kathy, when they were both in kindergarten, something he jokes about remembering better than she does. Their first date was for the high school junior prom and they've been together since. Now, after 46 years of marriage, they're moving just a couple miles down the road from their downtown Madison condominium to the governor's mansion on the shores of Lake Mendota.

Evers overcame esophageal cancer 10 years ago, resulting in the removal of his esophagus and part of his stomach. He can't eat full meals because of it and sleeps at a 45-degree angle.

He likes to play the card game euchre, and even joked with Republican Assembly Speaker Robin Vos that he would wager passage of the state budget over a game. He loves Egg McMuffins and likes to say things like "holy mackerel" and "jeepers," while longing for a time when politicians worked together rather than trading invective for partisan gain.

In summing up his inaugural message, Evers said he will focus on "civility, finding common ground, giving people hope for the future. The idea that we have to we have to work together, put people before politics.

Highlights of inauguration day on Monday in Wisconsin:

— Democrat Tony Evers will be sworn into office as Wisconsin's 46th governor, replacing Republican Gov. Scott Walker, at a ceremony in the Capitol rotunda. Former governors and other dignitaries are expected to attend.

— In addition to Evers, all other constitutional officers elected in November will be sworn into office. They are all Democrats, marking the first time since 1983 that all offices will be held by Democrats. Those being sworn in are Lt. Gov. Mandela Barnes, Attorney General Josh Kaul, Treasurer Sarah Godlewski and Secretary of State Doug La Follette. La Follette is the only incumbent.

— After the swearing-in ceremonies, Evers will hold a public receiving line for two hours outside the governor's office in the Capitol.

— That night, just down the street from the Capitol at the Monona Terrace, Evers will host the inaugural ball to benefit Big Brothers Big Sisters of Metro Milwaukee. Madison's DJ Boyfrrriend, Oshkosh's KWT with Tom Washatka and Milwaukee's Abby Jeanne and New Age Narcissism. Other performers include Platinum, the Plymouth High School Marching Band, and Black Star Drum Line.