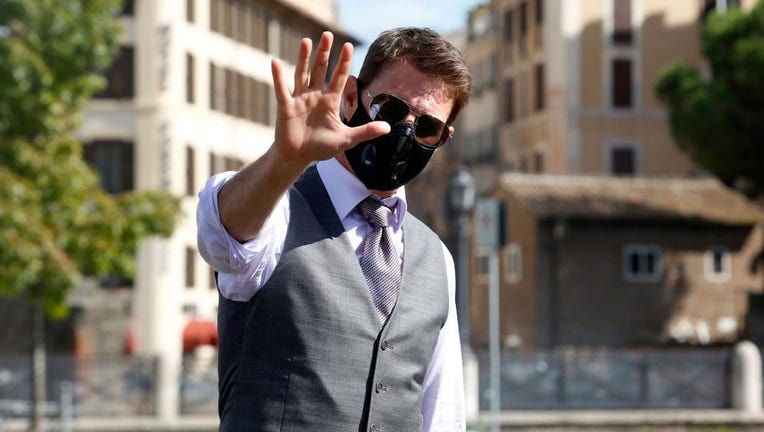 Actor Tom Cruise walking alone on the Imperial Fora to say hello to his fans on the set of the film “Mission Impossible: 7” at Imperial Fora in Rome on Oct. 13, 2020. (Photo by Samantha Zucchi/Insidefoto/Mondadori Portfolio via Getty Images)

According to The Sun, the 58-year-old actor saw two crew members standing within two meters (about 6.5 feet) from one another and launched into an expletive-filled tirade about the importance of safety precautions. Variety, citing sources, also confirmed Cruise voiced his frustrations after seeing the crew members not adhering to guidelines.

In audio obtained by The Sun, Cruise called the set of the film the "gold standard" of shooting amid the coronavirus pandemic.

"We are creating thousands of jobs you motherf--kers," he shouted. "I don't ever want to see it again. Ever. And if you don't do it, you're fired, and I see you do it again, you're f—king gone.“

The star explained that his rule applies to "anyone" on the movie's crew, slamming the employees for putting industry workers' livelihoods at risk.

"We are not shutting this f--king movie down," he continued shouting. "Is it understood? If I see it again, you're f—king gone.“

Earlier in the tirade, Cruise implied that he's been under a great deal of stress, claiming he's "on the phone with every f--king studio at night," as well as with insurance companies and producers.

Reps for Cruise and Paramount, the studio behind "Mission: Impossible," as well as Warner Bros. Studios Leavesden, where the movie is filming, did not immediately respond to Fox News' request for comment.

According to Variety, the film was forced to delay production for a week after people on set tested positive for COVID-19 in Italy. Filming returned to the UK two weeks ago. 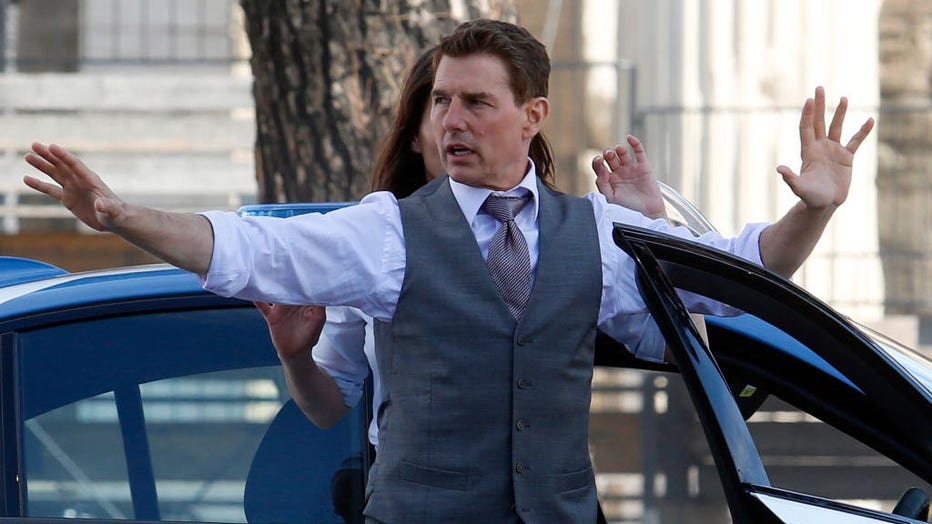 Actor Tom Cruise and actress Hayley Atwell on the set of the film "Mission Impossible: 7" at Imperial Fora in Rome on Oct. 13, 2020 (Photo by Samantha Zucchi/Insidefoto/Mondadori Portfolio via Getty Images)

The Christopher McQuarrie-flick is currently set to be released in just under a year on Nov. 19, 2021. A slew of other stars including Angela Bassett, Pom Klementieff, Vanessa Kirby and more are set to appear.

In September, Forbes reported that Cruise paid $700,000 for the cast and crew of the film to live on cruise ships in hopes of creating a safe bubble for the team to work in order to thwart any risk of a breakout.

Get updates to this story from FOXNews.com.