Francesca Garnetti spoke with FOX Television Stations about having her toddler daughter home for the first time since she was born in 2019.

RIVERVIEW, Mich. - Valentina Garnetti will turn two years old in May and has already spent most of her life inside a hospital room.

Most of that time was spent at the University of Michigan’s CS Mott Children’s Hospital in Ann Arbor, Michigan. 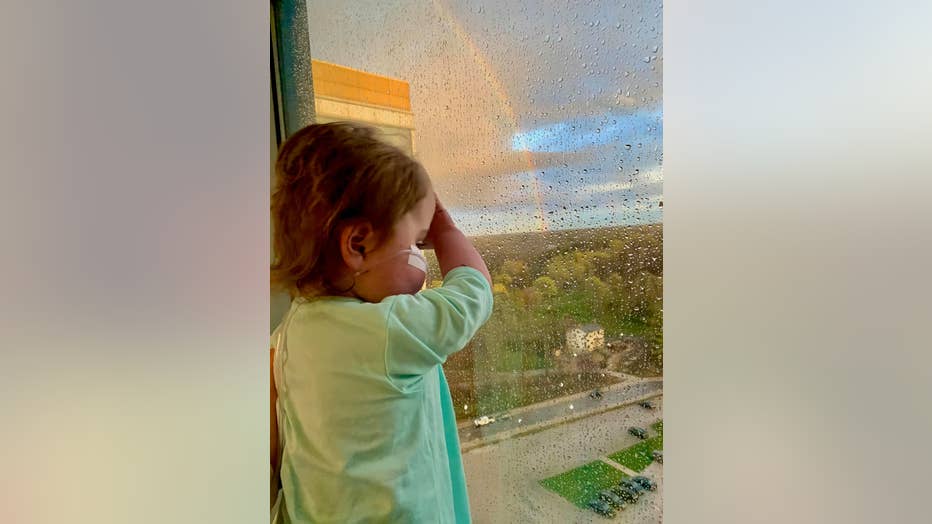 "She was missing a left chamber of her heart," her mother Francesca told FOX Television Stations Saturday. "But luckily for us, I was able to hold her for an hour, which is a really long time, before she needed any intervention and then they [hospital staff] took her away."

During her stint in the hospital, Valentina had six surgeries, four of them were open-heart surgeries.

Valentina was finally able to go home for the first time in her life in March.

"She’s a fighter. So everything that she went through has brought us to this point, " Francesca said. "She’s here with us. She’s home, and some kids never get to be home. So for her to finally be here, it’s amazing."

Francesca said her daughter is continuously on oxygen and a feeding tube but is improving. She said Valentina will have to make constant trips to the hospital during her lifetime and could undergo more open-heart surgeries.

"But she’s thriving here," the mother added. "Since being home, she’s done so many new things. She’s playing with her sisters. She’s being able to see the world."

According to the National Institutes of Health, the survival rate for hypoplastic left heart syndrome continues to improve with medicine.

"Never lose hope. You have to always have hope," she said. "Valentina has the strength of a warrior. She is a warrior, and if she can do it, I have nothing to complain about."

Francesca said she is a single mom and has started a GoFundMe page to help with medical expenses. She also started a Facebook page to document her daughter’s journey.