Professional golfer Tiger Woods was excessively speeding when he crashed his SUV in Rolling Hills Estates on Feb. 23, the Los Angeles County Sheriff's Department said when they released their findings of the crash investigation Wednesday.

ROLLING HILLS ESTATES, Calif. - Professional golfer Tiger Woods was excessively speeding when he crashed his SUV in Rolling Hills Estates on Feb. 23, the Los Angeles County Sheriff's Department said when they released their findings of the crash investigation Wednesday.

Woods was driving 84-87 mph in a 45 mph zone at the time of the crash, according to Sheriff Alex Villanueva. The speed he was driving at was "unsafe for the road conditions," Villanueva said.

The stretch of Hawthorne Boulevard near Blackhorse Road where Woods crashed is known for wrecks and drivers hitting speeds so high that there is an emergency exit for runaway vehicles just beyond where the crash happened.

Cause of Tiger Woods’ car crash revealed by authorities

Authorities Wednesday said that professional golfer Tiger Woods was speeding when he crashed his SUV in Rolling Hills Estates on Feb. 23.

Authorities said that there were "no signs of braking" at the time Woods' crashed and investigators believe he may have hit the acceleration by accident when he tried to regain control of his vehicle.

The sheriff added that there was no evidence of impairment, though detectives did not seek search warrants for the golfer’s blood samples, which could have been screened for drugs or alcohol. Sheriff’s officials said Woods told deputies that he had not ingested medication or alcohol before the crash.

"The cause of the collision was the speed and the inability to maintain the roadway," said Lomita Sheriff Station Capt. James Powers. 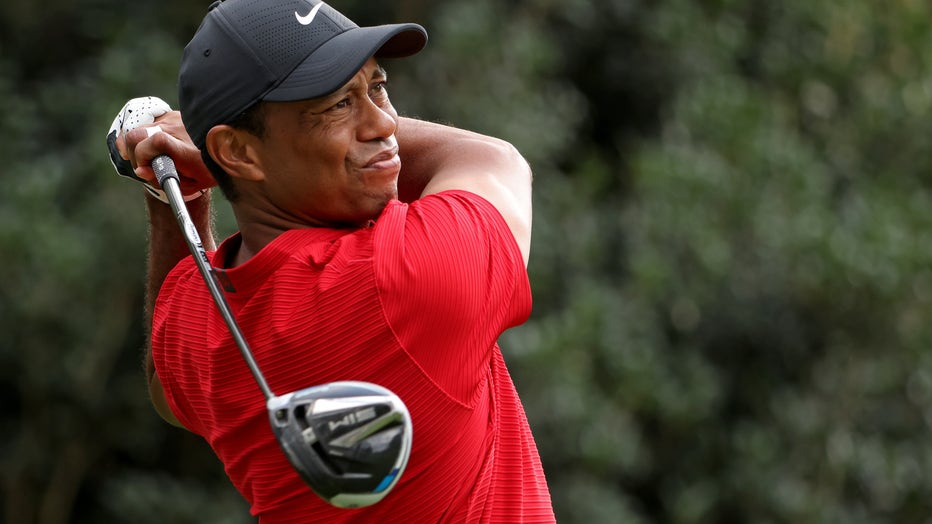 FILE PHOTO: Tiger Woods of the United States plays his shot from the 15th tee during the final round of the Masters at Augusta National Golf Club on November 15, 2020 in Augusta, Georgia. (Photo by Jamie Squire/Getty Images)

The sheriff's department also did not obtain any phone records to determine if Woods was using his cell phone at the time of the collision, authorities said.

Investigators did, however, search the SUV’s data recorder, known as a black box.

No traffic citations were issued, and investigators said there were no independent witnesses to the crash to warrant a citation.

Woods released a statement Wednesday afternoon on Twitter, where he thanked the first responders who helped him at the scene and transported him to the hospital safely. "I will continue to focus on recovery and family, and thank you everyone for the overwhelming support and encouragement I’ve received through this very difficult time," he said.

Last week, the sheriff said that privacy concerns prevented LASD from releasing the investigation info at the time. He said Wednesday that Woods waived his right of privacy and authorized the release of the accident report to the public.

Sheriff’s officials said Woods veered into oncoming traffic lanes before going down the hillside, causing the SUV to flip over multiple times. Villanueva said the 2021 Genesis GV-80, the courtesy car driven by Woods, traveled several hundred feet from the center divider before hitting a tree. 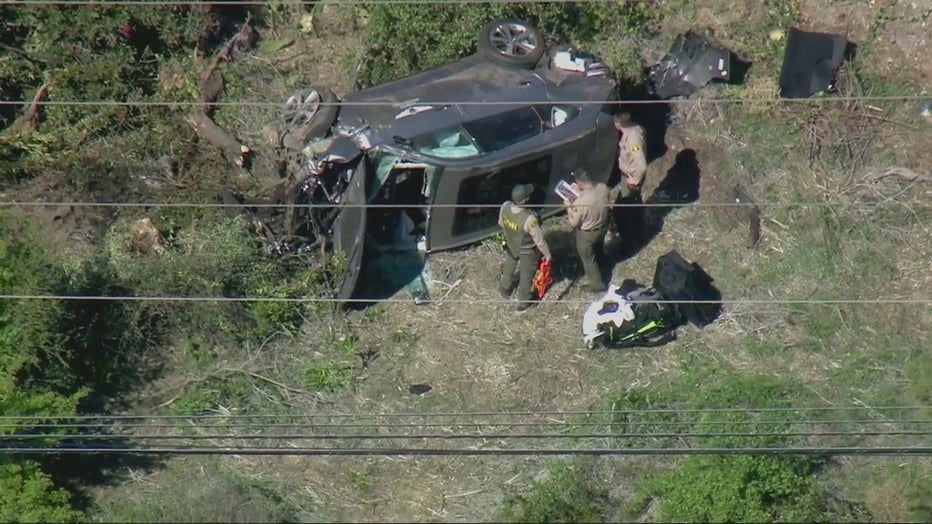 Woods was taken to Harbor-UCLA Medical Center where he underwent surgery on his lower right leg and ankle. Dr. Anish Mahajan, Harbor-UCLA Medical Center's chief medical officer and interim CEO, said Woods had "comminuted open'' fractures -- meaning there were multiple breaks that left the bone exposed to open air -- in the upper and lower portion of "both the upper and lower portions of the tibia and fibula.''

Woods was released from the hospital on March 16, at which time he took to social media to thank the surgeons, doctors and nurses for taking care of him.

The golfer is currently in Florida recovering from his multiple surgeries.