MILWAUKEE -- Three people had to be taken to the hospital following a crash in Milwaukee on Monday afternoon, March 21st, and police say speed was a factor.

Police say a Buick Century crossed the median while traveling south on 76th Street and struck a Ford Mustang.

Three occupants of the vehicles were taken to the hospital for treatment of non-life threatening injuries.

The driver of the Buick will be cited, police say.

Speed is believed to have been a factor in this crash. 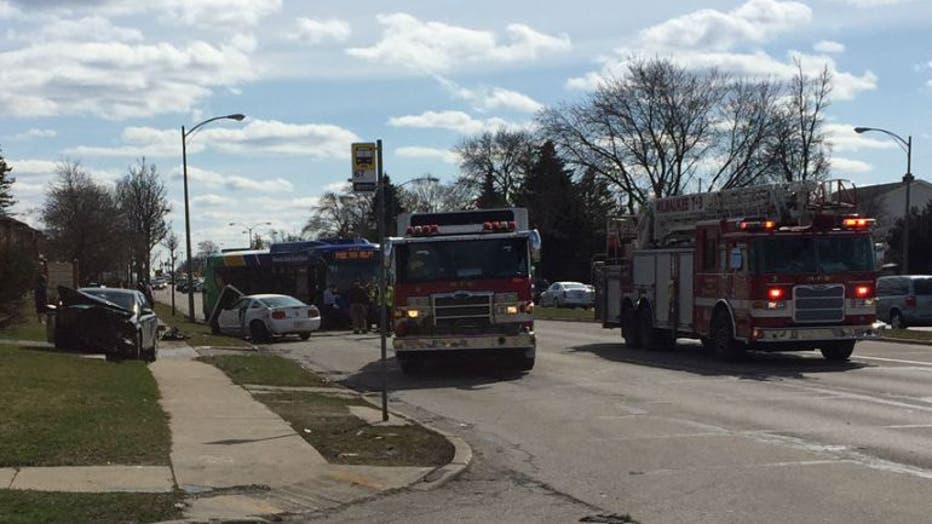 Crash at 76th and Bobolink