It happened shortly before 4:00 p.m. on U.S. 151 southbound near Salem Road in the Township of Calamus.

A preliminary investigation indicates a 33-year-old Oshkosh woman was headed northbound on U.S. 151 when her vehicle went into a counter-clockwise spin, sliding through the median and into the southbound traffic lanes.

The Oshkosh woman's vehicle and a vehicle driven by a 30-year-old Middleton man that was headed southbound on 151 collided.

The impact caused the woman's vehicle to split apart. A three-and-a-half-year-old child was ejected from the vehicle. Prior to the crash, Dodge County Sheriff's officials say the child was in a car seat. 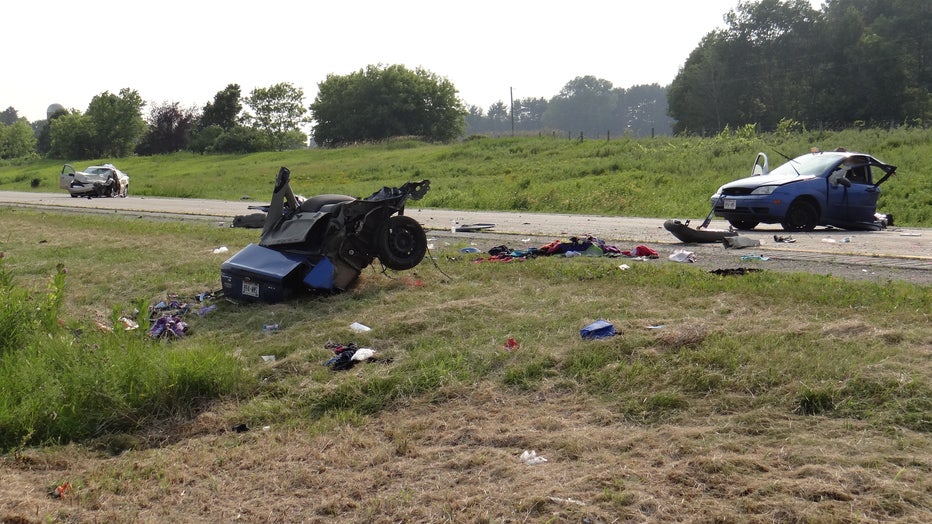 The Middleton man was taken to the hospital for treatment.

The Oshkosh woman was flown to the hospital via Flight for Life. Sheriff's officials say she suffered severe injuries.

The child was taken to the hospital by ambulance.

U.S. 151 southbound was closed for almost three hours while the crash was being investigated.