WASHINGTON COUNTY -- Thanks to the efforts of the public, three unidentified horses that were found near Kettle Moraine Road in the Town of Hartford have been reunited with their owners.

According to officials, the three horses, described as one pony and two riding horses, were found in the early morning hours in the Pike Lake State Park before moving south a few miles to Kettle Moraine Road Saturday, March 19th. 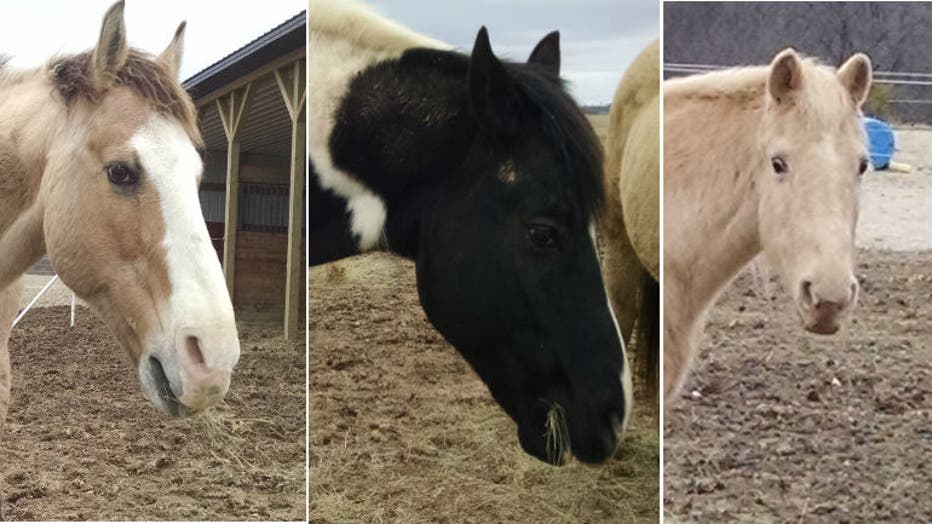 The Washington County Sheriff's Department enlisted the help of a woman who has the proper equipment to corral horses.

As of 6:15 p.m. Saturday evening, the horses had been reunited with their owners.