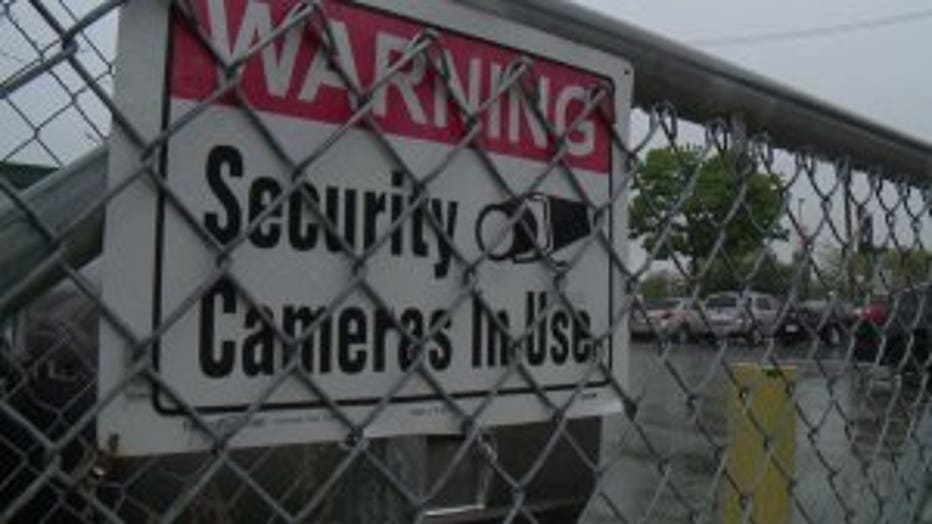 MILWAUKEE -- A man was caught on camera trying to steal tires from a vehicle parked at an auto shop -- and the thief even brought his own tools to the crime scene.

Nick Hussary, manager at Als Wheels and Deals near 76th and Appleton said the business has been targeted before, but never in broad daylight.

"One time they tried to break into the office. It was like 12 o'clock at night," said Hussary.

On Monday, May 27, employees walked in and saw one of the vehicles on the lot was missing a tire. A review of security camera footage revealed what happened.

"He's acting like he's walking in his yard. This is trespassing, you know?" said Hussary. 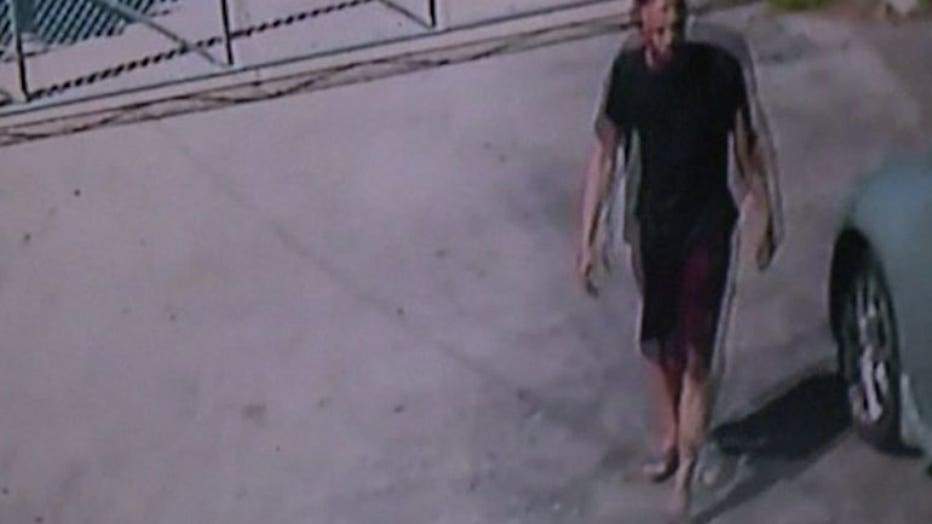 The man came onto the property on a sunny Sunday afternoon and loosened the tires on a Chevy. A few minutes into the video, there were signs he was struggling, but he seemed to have exactly what he needed in his own vehicle to pull off the crime.

"He's taking his time, going back and forth with the vehicle -- grab some tools and he's not scared -- with the heavy duty tools like the floor jacks they use -- only professionals like us," said Hussary. 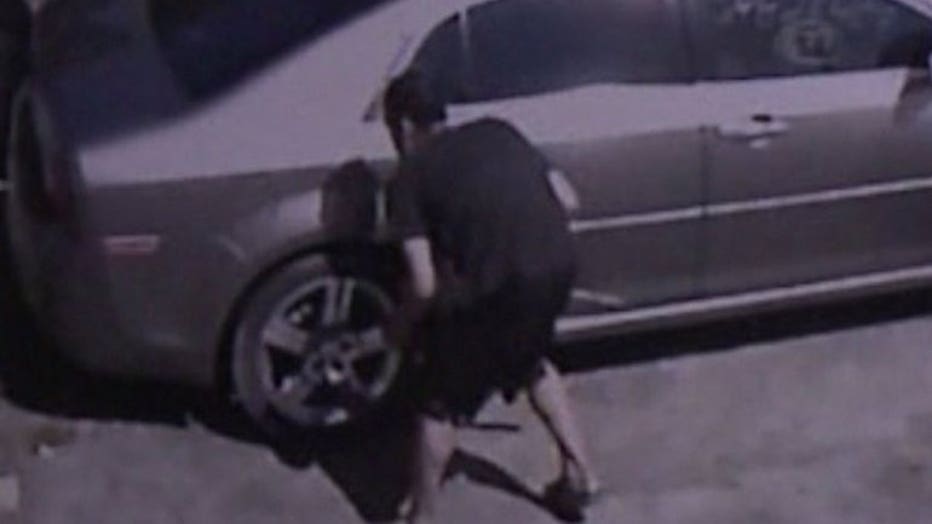 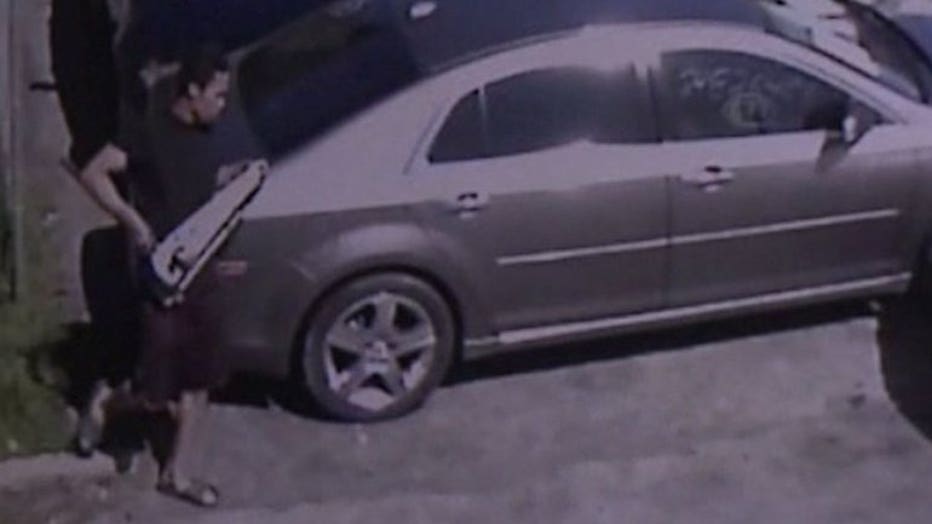 Only able to take off one tire, he walked to the other side of the lot to pick up a stone, and placed it underneath. He then rolled the tire to the street and drove away.

The tire was valued between $150 and $200, and the business would have to pay to replace it. Hussary wondered whether the man was in financial distress.

"If he's watching, he could've asked for help. If he would've walked when it's open, we always help the neighborhood," said Hussary.

After thefts and break-ins, Hussary said he wanted to get this surveillance video out there to send a message.

"I know I can't count on the tire to come back, but I hope that they will stop," said Hussary. 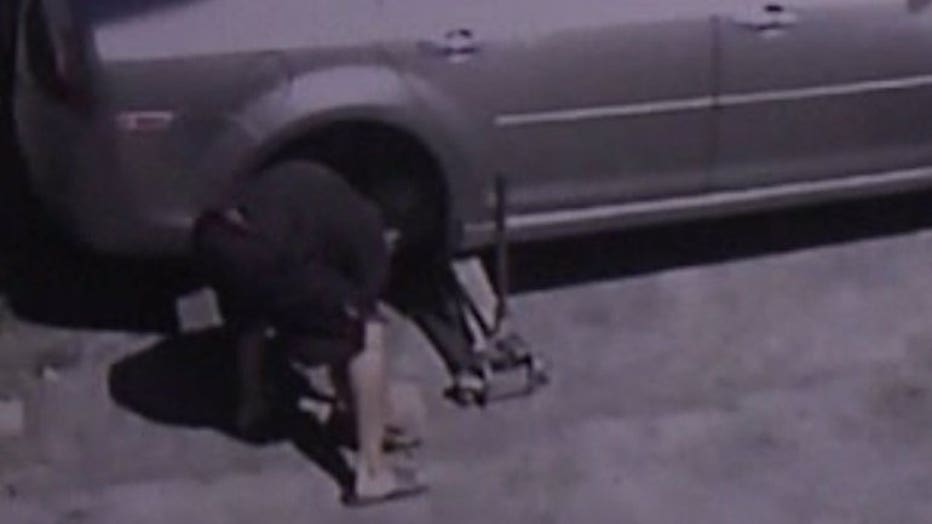 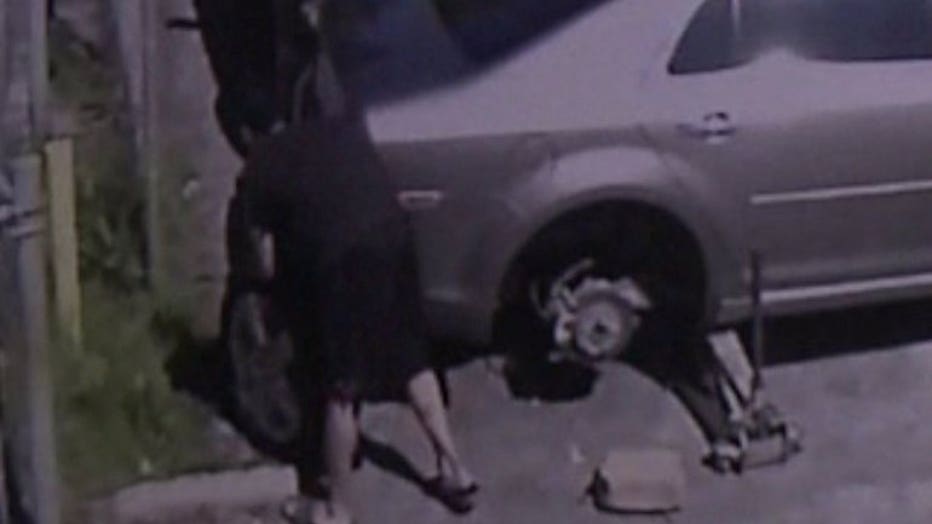 Hussary said they've tried to apply for a higher fence, but they were denied by the city -- and said they'd like to see more police patrols in the area.