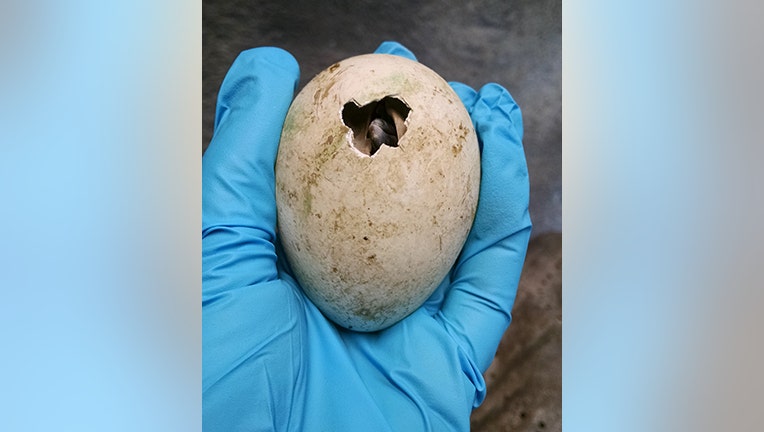 After incubating for 38 days, the first chick hatched on January 14 with the second following on January 17.  Each chick weighed approximately 60 grams or two ounces at hatching and now weigh in at more than 900 grams or 38 ounces each. Although the biological parents of both chicks are Robben (female) and Linus (male), surrogate parents Blue-Yellow (female) and Blue-Green (male) have taken over caring for one of the chicks as it is difficult for penguin parents to care for two chicks at one time.

“This is an important victory for the African penguin breeding program we’ve been working so hard at cultivating,” said Beth Heidorn, Executive Director of the Racine Zoo. “We are proud to be making a positive long-term impact on African penguin populations, especially as wild populations continue to decline.”

In several months, Zoo staff will determine the gender of the chicks by taking a blood sample obtained as a part of a routine health exam.  In the meantime, Zoo staff will continue monitoring the chicks as they grow.  Zoo staff expects the chicks to officially be on exhibit late spring. Penguins can be seen through the exhibit’s viewing window but since the chicks are tucked inside their nests, they may be difficult to see until then. 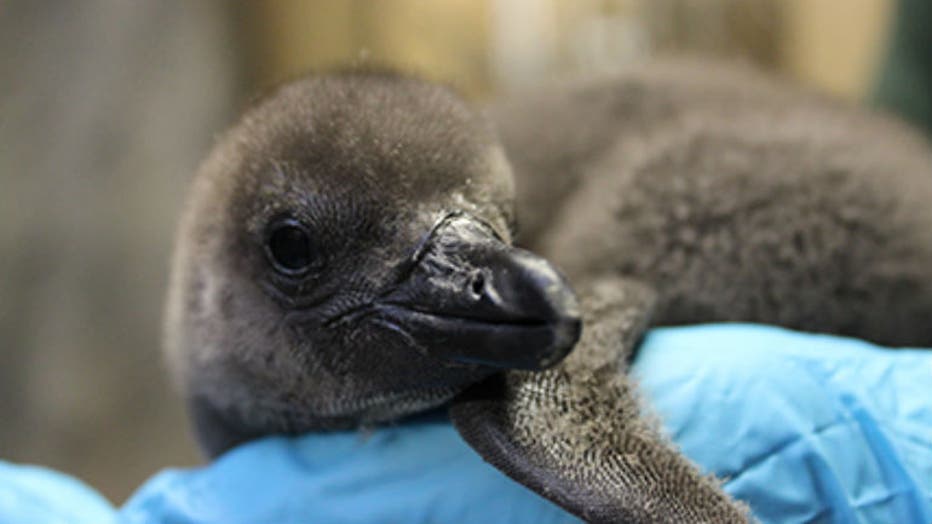 “Our staff, including Angie Kutchery, lead penguin specialist, has done an amazing job of caring for our penguins and these new chicks,” added Heidorn.  “We’d like to think of Angie as another surrogate as she comes and goes at all hours to help feed and monitor these chicks!”

The hatching comes after the Zoo added four penguins to it’s colony on exhibit in December of 2015, helping to recreate a similar-sized colony African penguins are more accustomed to in the wild.

African penguins are found on the southern tip of Africa and spend most of the day feeding in the ocean, and staying cool in the hot climate. Adult African penguins can weigh up to 9 pounds and live to 20 years in the wild and up to 40 under human care.  Their diet consists of small fish, shellfish, and squid.

There are only about 52,000 African penguins left in the wild. The main threats to their survival include environmental issues such as habitat loss, oil spills, water pollution, and commercial overfishing.

The African penguin was selected as one of 10 featured animals included in AZA Save Animals From Extinction (SAFE) program introduced last summer. Through AZA SAFE, AZA and its members will convene scientists and stakeholders to identify the threats, develop action plans, raise new resources and engage the public.

For more information about African penguin conservation programs and initiatives, visit azaanimals.org or SANCCOB at sanccob.co.za.  Information can also be found on racinezoo.org including the African Penguin: Conservation Matters booklet.