MILWAUKEE -- Halloween is right around the corner -- and the big orange pumpkin is already set up at State Fair Park! This, as TMZ.com is reporting there's a new hot Halloween costume this year. You can dress up as Dr. Walter Palmer, the dentist who killed Cecil the lion. 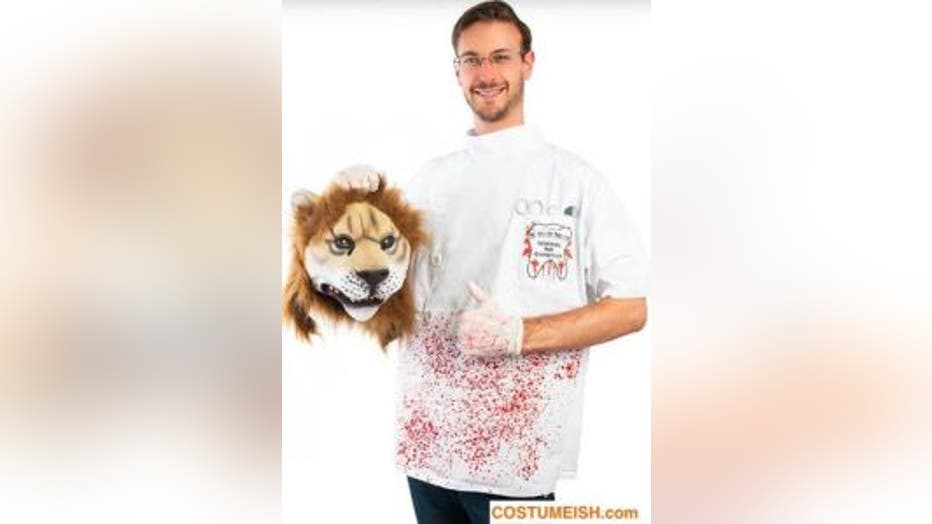 TMZ says the costume retails for $59.99 and includes a severed lion's head, a smock and gloves with fake blood spatter, and some dentist tools for the front pocket.

Costumeish.com CEO Johnathon Weeks tells TMZ sale of the costume went live at midnight Tuesday, August 25th -- and they've yet to sell a single one.

Weeks says they created the costume because they were flooded with requests.

There is some good that will come out of sales of this costume: 15% of all proceeds will go to the African Wildlife Foundation "Justice for Cecil."