WHITEWATER -- Strong to severe storms on May 17th left behind a mess in a Whitewater cemetery, as groups were trying to prepare the grounds for Memorial Day. Young and old have come together to make sure the families of fallen veterans know the community is thinking of them this Memorial Day. 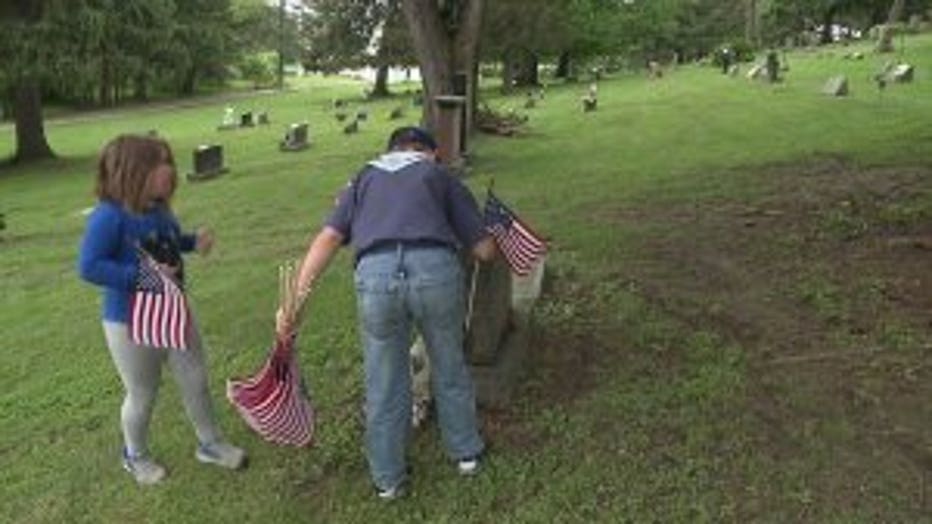 "Veterans, they fight for us. So like, hey, why don't we put some American flags up there and say 'these guys fought. Let's show them some respect,'" Hokstead said.

He joined fellow Boy Scouts, Girl Scouts and other volunteers for what has become an important tradition in Whitewater -- one that was saved five years ago by Kay Robers. She met a veteran at church, and learned he was taking on the responsibility every May of putting flags up at veterans' graves. 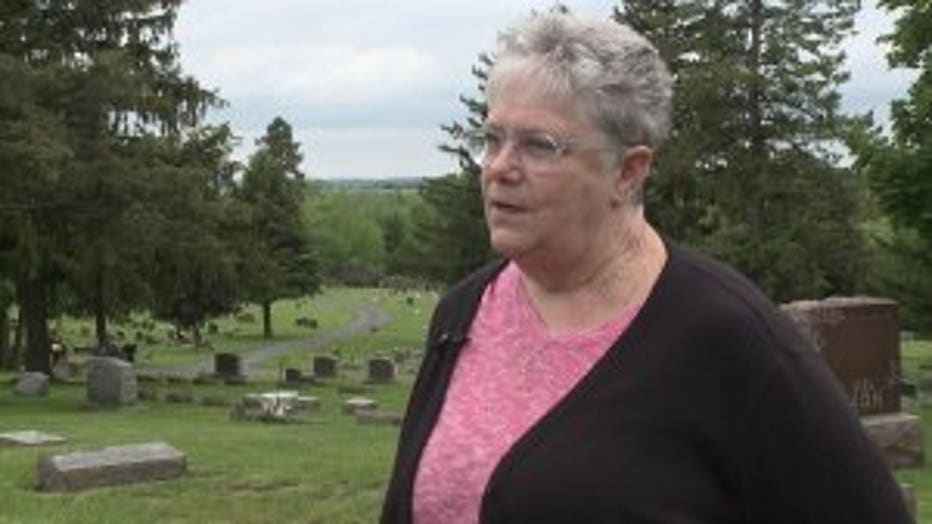 "He was going to go put flags out at the cemetery and the man was probably 85. He wasn't in good health," Robers said.

This year, the cemetery itself was left bruised and battered by Mother Nature.

"There was a really bad storm that happened on Wednesday," Hokstead said.

"After that storm -- I've never seen anything like it in my life," Robers said. 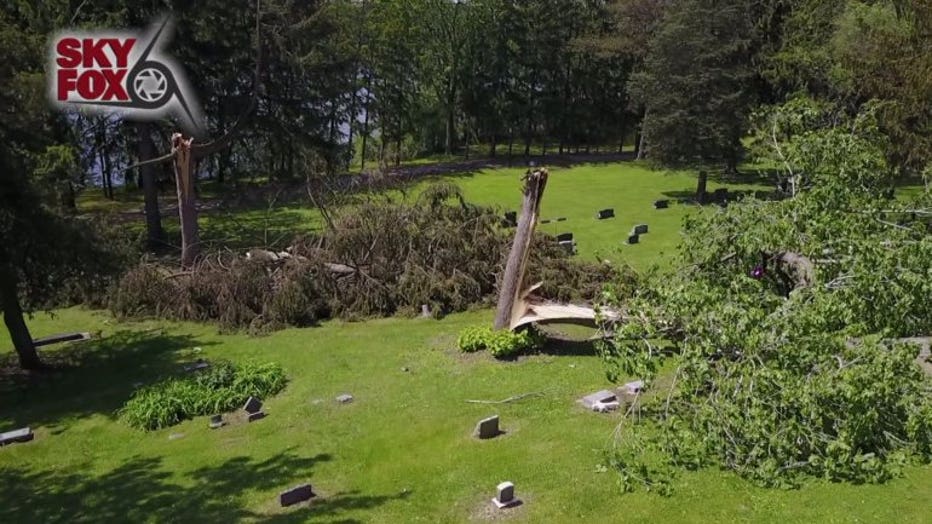 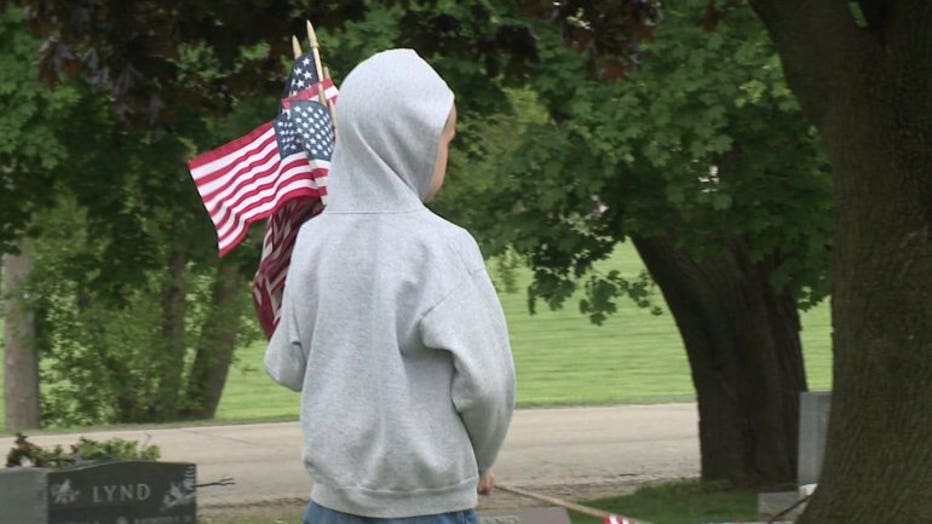 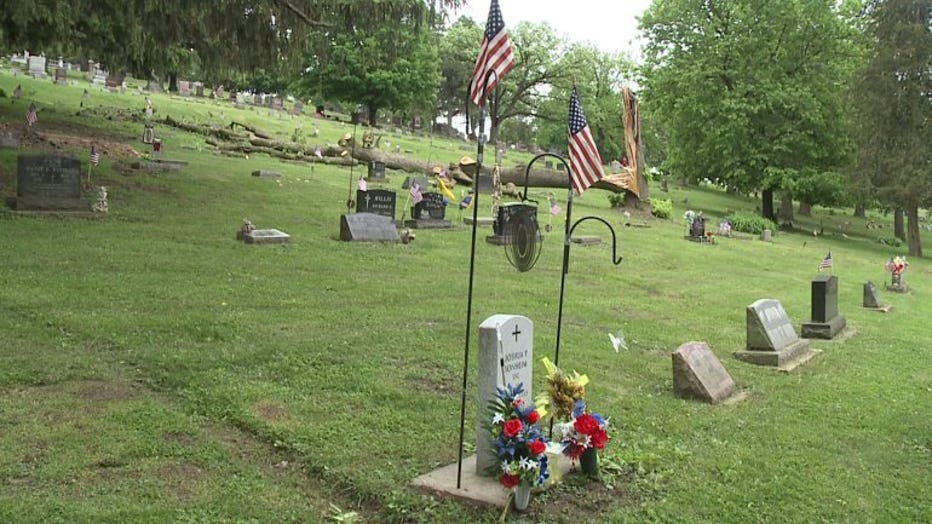 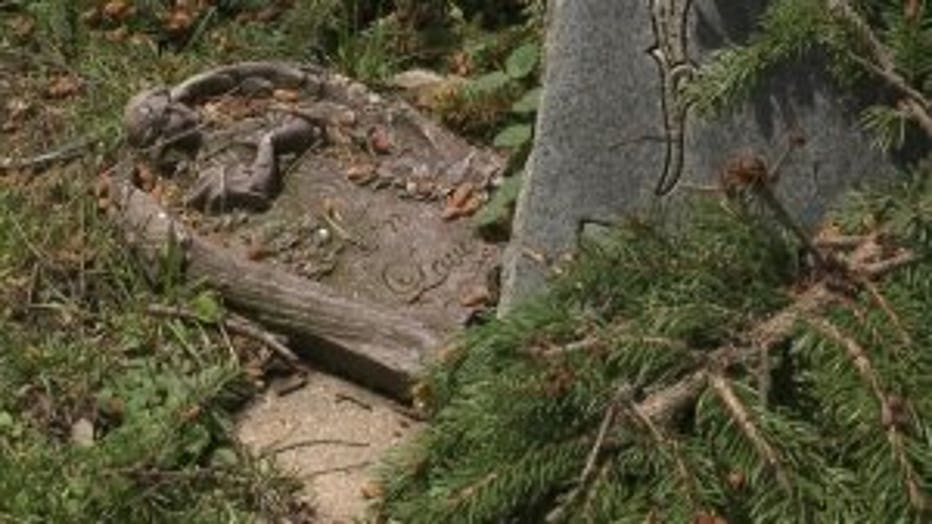 While headstones were covered by trees plucked from the ground after the storms, nothing could hide the pride beaming from veterans as they watched the community come together.

"Occasionally, we veterans are asked 'was the sacrifice worth it?' And when you see so many community members coming out and helping us out and paying respects to veterans. The sacrifice was worth it," State Senator Steve Nass (R-Whitewater).

Nass joined the Air National Guard out of Milwaukee in 1972.

Whitewater's Memorial Day Parade is Monday, May 29th at 10:30 a.m. It begins downtown and will wrap up at the American Legion.