Taking care of the tiniest addicts

Taking care of the tiniest addicts

MILWAUKEE (WITI) -- Hospitals in southeastern Wisconsin are working hard to wean newborns off drugs -- or more specifically, opiates. They are newborns, welcomed into this world by addiction. And according to a study by the University of Michigan, one dependent newborn is born every hour in the United States. 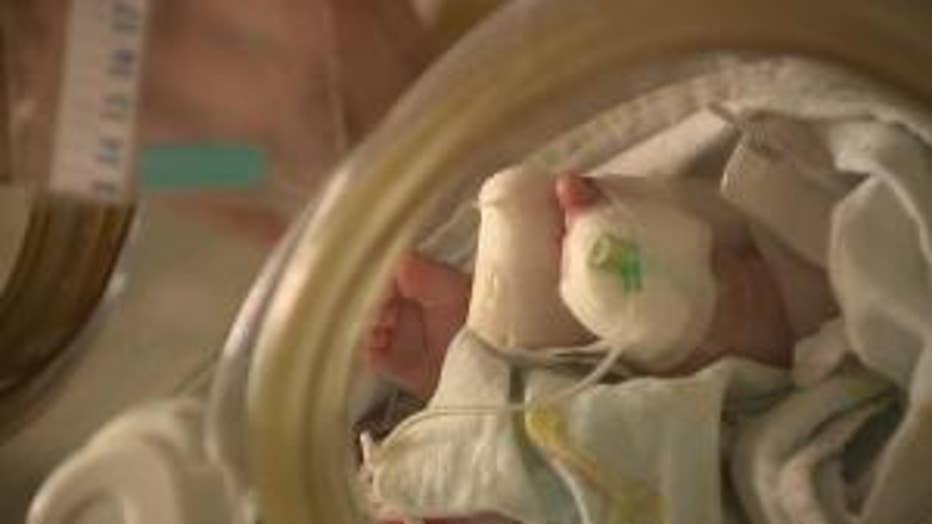 They are the tiniest addicts. More than 13,000 of them are born each year -- hundreds from Wisconsin.

Their moms are chronic opiate users -- women who use heroin or pain medications like oxycontin and vicodin while they're pregnant. In some instances, the medicine is legally prescribed. Medical experts call it a prescription drug epidemic -- one that is now affecting the next generation.

Dr. Stephen Ragatz has been a neonatologist for 30 years. He takes care of dependent newborns at St. Joseph's Hospital in Milwaukee where the number of babies born a  addicted to drugs is up 11 percent in the last five years. 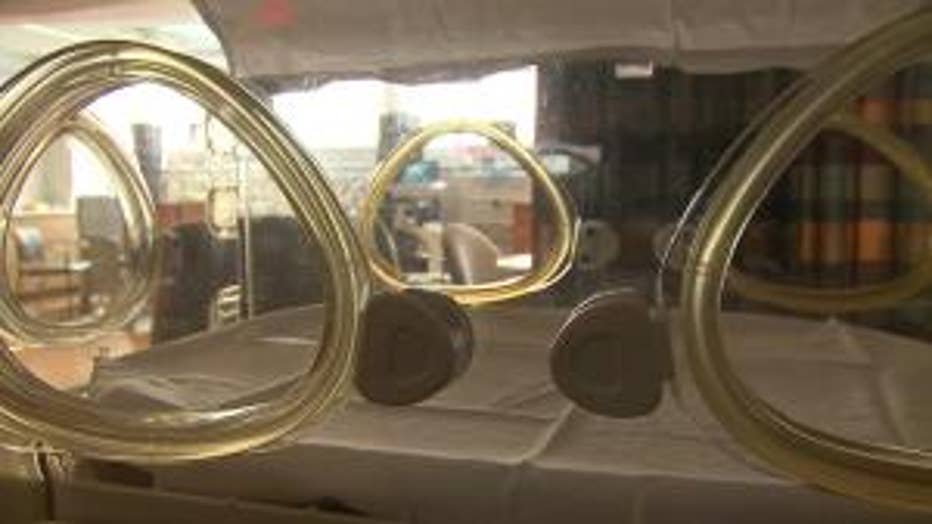 In 2013, St. Joseph's expects to treat at least 50 babies with neonatal abstinence syndrome, or NAS. That's the the medical term for babies who come out of the womb dependent on drugs.

"This is a real problem and one that's definitely not going away," Dr. Ragatz says.

In 2010, 68 dependent babies were born at Aurora's neonatal intensive care unit in Milwaukee. In 2011, there were 92. According to a hospital spokesperson, the numbers continue to rise.

"I used for the first 9 weeks of my pregnancy. I had no idea that I was pregnant," remembers 27-year-old Kristin Gulbrandson. 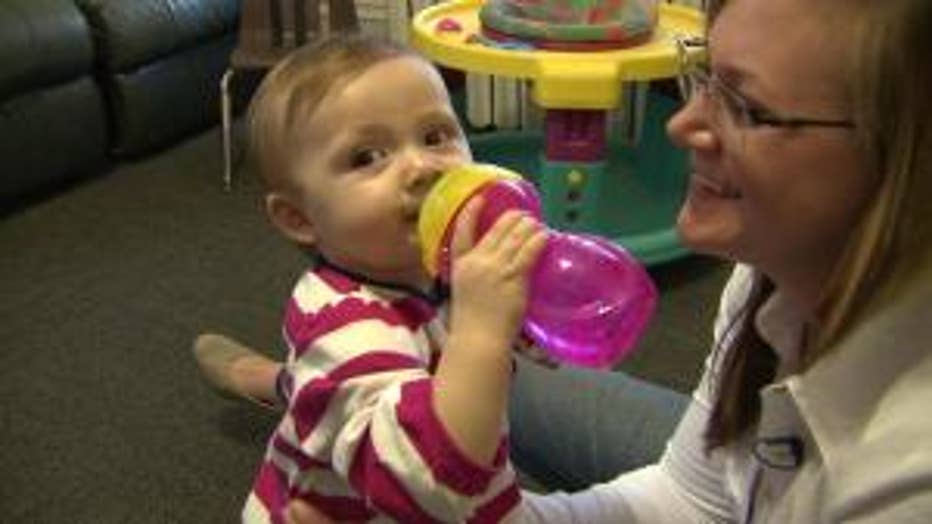 She was prescribed heavy pain medication after being burned by a bonfire when she was just 13 years old. She became addicted and started experimenting with other drugs.

She ended up hooked on heroin.

"In 2010 was when I was first introduced into heroin. From the first day that I used it, I used it every day for 2 years," she says.

She eventually ended up in jail.

"The nurse had asked me if I had been taking my prenatal pills. And I said 'excuse me?' And she said 'you had a positive pregnancy test last week.' She said, 'nobody told you?' No. Nobody told me," Gulbrandson said.

She was 105 pounds, pregnant, and withdrawing from heroin on the floor of a jail cell.

"I was concerned about what that would have done to her," Gulbrandson says.

Babies born dependent are in pain. 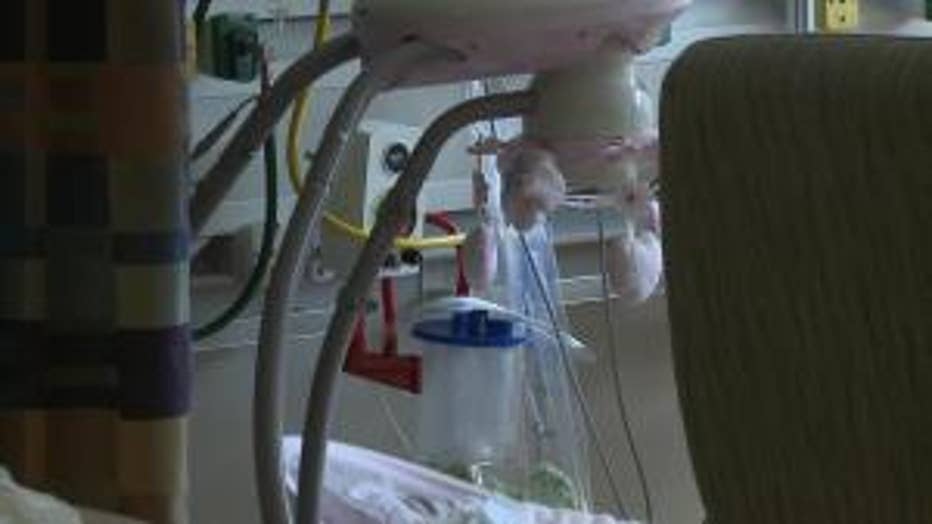 The NICU at St. Joseph's now has a special area to care for all NAS babies. They need to be held, and wrapped, and they can't be exposed to bright lights or noise. The hospital decided it was best to have a separate area for those newborns within the NICU.

30-year-old Monique Rawls was 15-years-old when she was diagnosed with Sickle Cell Disease. She's been on chronic pain medications for more than a decade, and all of them are legally prescribed.

She's a mother to four little girls, inlcuding one set of twins. And with a doctor's supervision, she took opiates throughout all of her pregnancies. 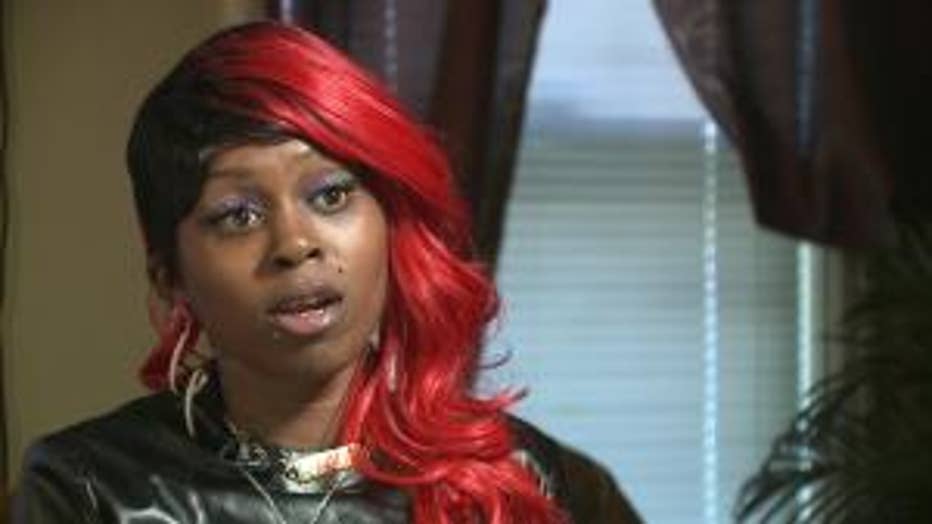 Rawls says she's not addicted to the pain medication, but her youngest daughter, born two years ago, was born dependent.

"A lot of diarrhea, a lot of crying...shaking," she remembers. "She was addicted to it. They had to give her morphine to calm her down to, you know, manage withdrawal and get her off of it."

And while she's a happy, healthy little girl now, Rawls admits she doesn't know that the future will hold -- and some doctors say they don't know either. 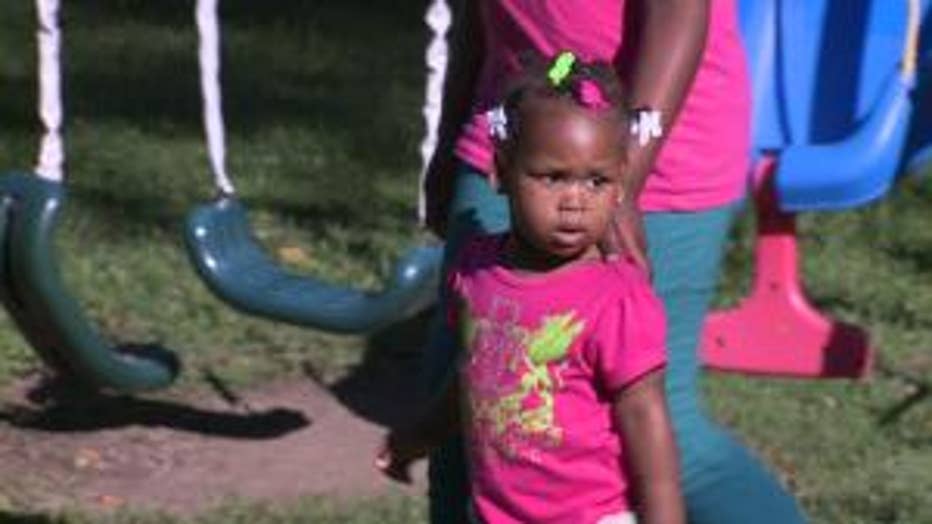 "I think this is a very important area of research and the research is starting to come out and I don't think anyone can really provide us with evidence of the long-term affects of this. There's just no research out there," says Dr. Cresta Jones.

Dr. Jones works with addicted moms during their pregnancies at Froedtert Hospital. She says prescription drug abuse is a growing epidemic across the country, and especially in Wisconsin.

She says 70 percent of chronic opiate users will have a baby that is born dependent. On average, it costs about $40,000-50,000  to get them clean and healthy, according to a study by the University of Michigan. Sometimes the newborns spend months in a NICU. 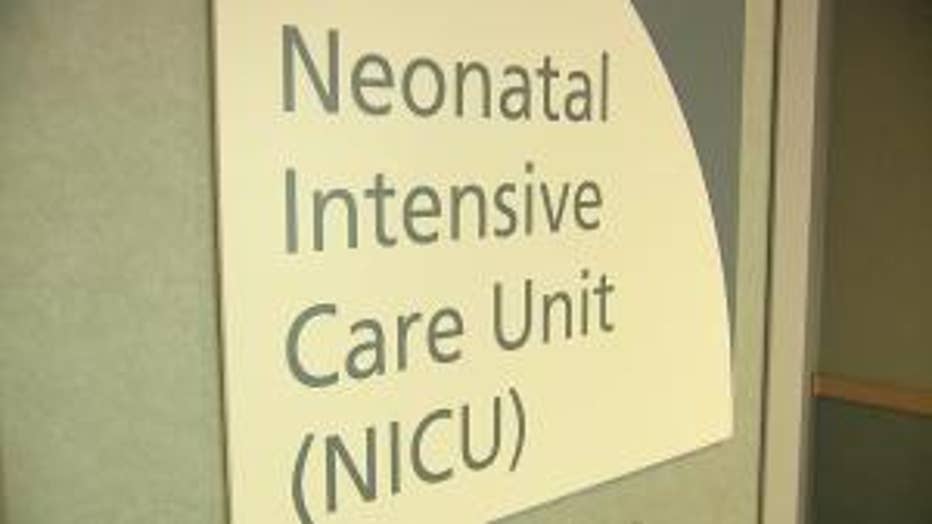 "It's a problem that neonatologists across the country and throughout the world are dealing with better now than previously, but it's one right now that doesn't have a solution," says Dr. Ragatz.

Gulbrandson says her daughter Brianna was one of the lucky ones.

"When I was going through those withdrawals she was as well. And that was like the scary part," she recalls.

But her baby girl was born free and clear of any dependence. Gulbrandson managed to completely detox while in jail -- a risky move that could have jeopardized her baby's life. 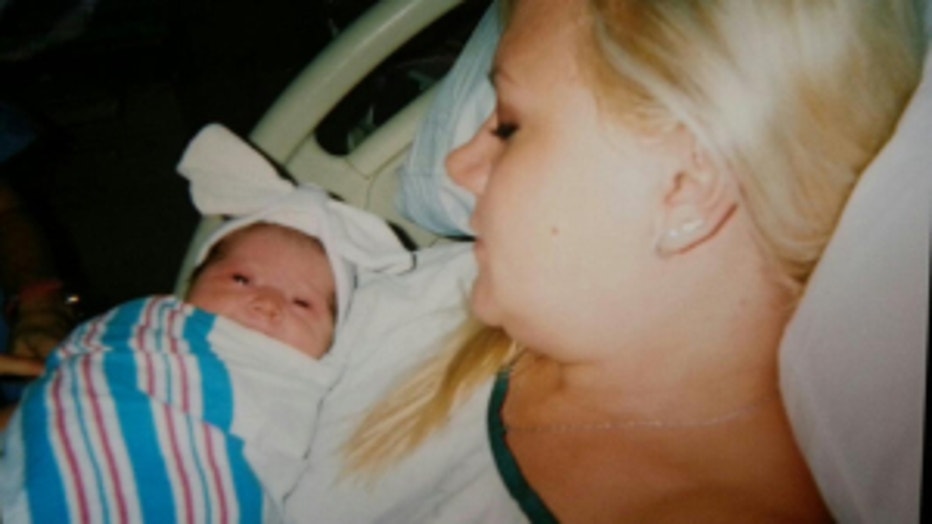 "She's a miracle that she lived through that...and then to come out... I mean you couldn't describe perfect any better," Gulbrandson says. "It's really a blessing."

But for the thousands of babies born with addiction, their futures are more uncertain. That's part of the reason why St. Joseph's hospital now runs a special program to follow-up with families to see how dependent babies are faring as they grow up.

"We wanna know how they turn out and we want to know if there is something we can do for them to help them turn out the best they can," Dr. Ragatz says.