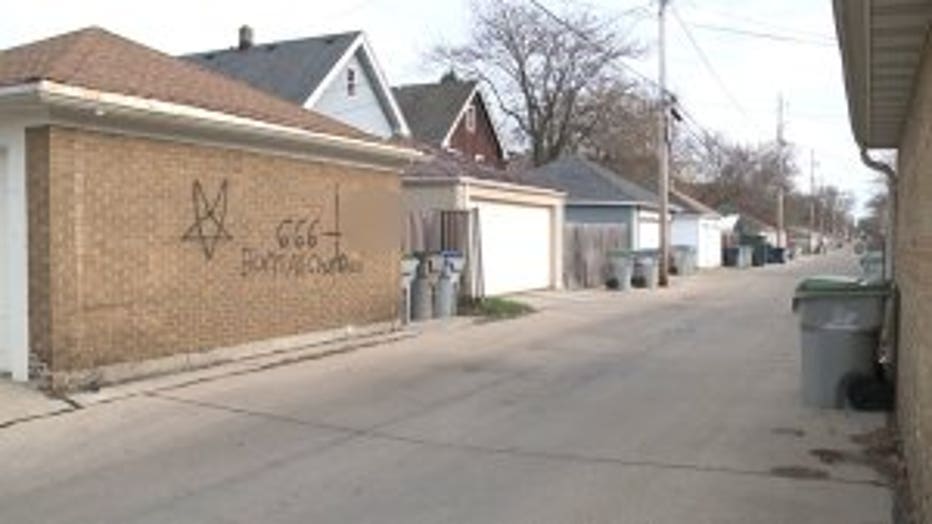 MILWAUKEE -- Demonic symbols popped up following Easter Sunday in Milwaukee. The images were found on garbage cans and garages near 47th and Chambers. Neighbors noticed them Monday morning, April 22, and said it was so alarming, they're asking for a neighborhood watch.

"People are vandalizing neighbors' property. It's all over neighbors in black ink," said Kenturah Edwards.

Edwards said she's lived in the neighborhood for five years. As she held her baby girl, she told FOX6 News about the Satanic images her neighbors woke up to after celebrating Easter. 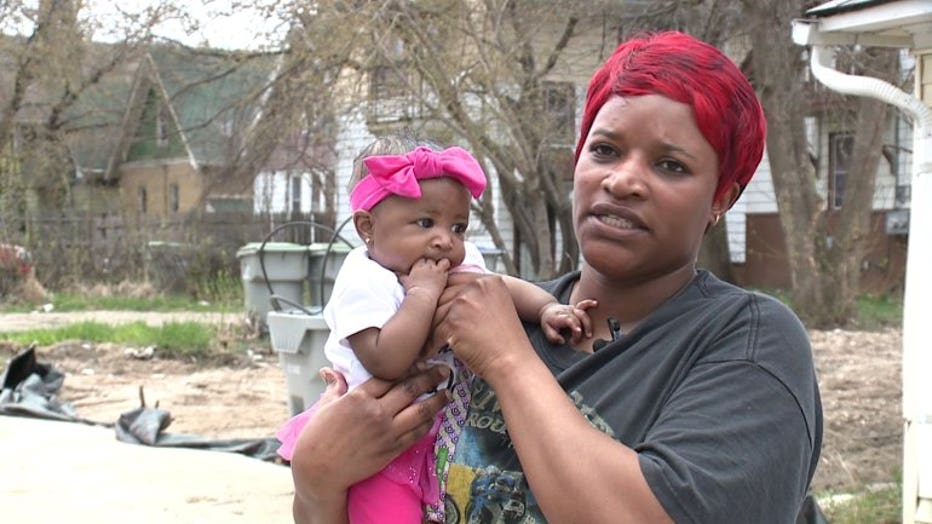 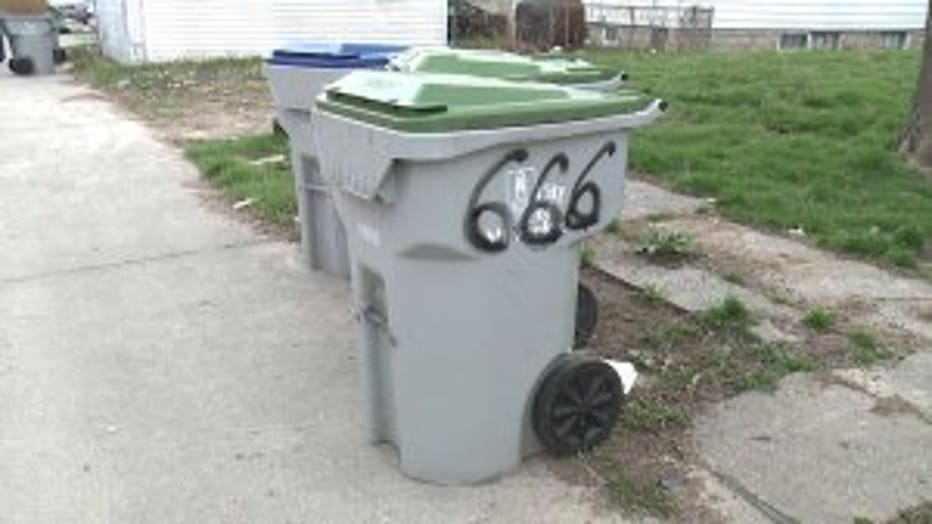 "We have a neighbor that came out and was showing us what he saw. We walked the alley," said Edwards.

Garages, garbage cans and even piles of garbage were spray painted with symbols offensive to Christian-based religions, including upside down crosses, the Satanic number 666, "God is (expletive)," and "This planet is hell."

Given recent events, among the most troubling of the symbols was the message, "Burn all churches." 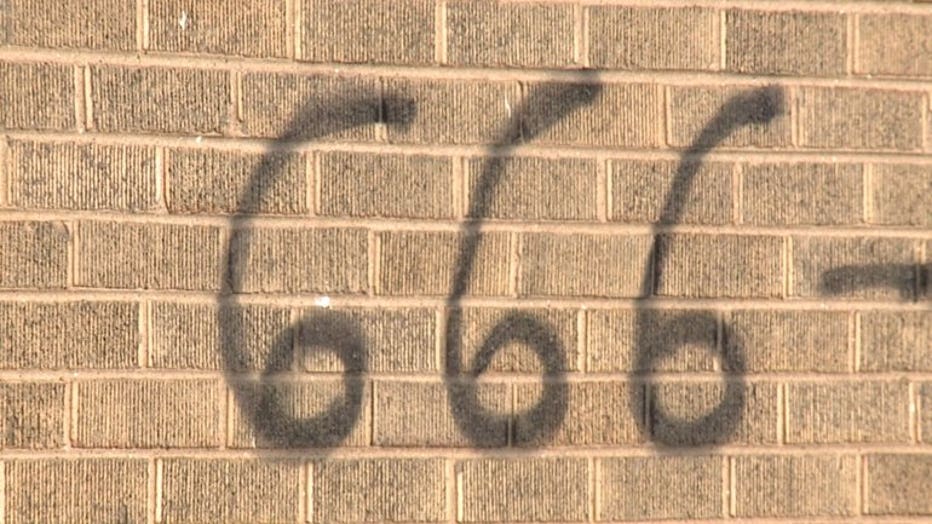 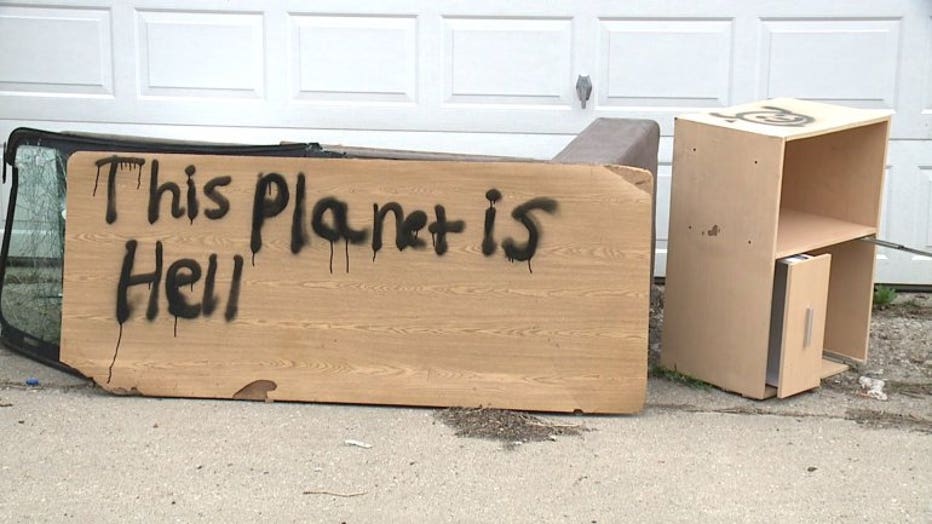 "We never had this in our neighborhood," said Edwards.

Edwards said she suspects the images popped up some time in the late hours of the holiday when people were inside. She said she was planning on contacting police and alerting city officials.

"Nothing is going on here. A lot of family homes here. For this to happen, it needs some attention," said Edwards. 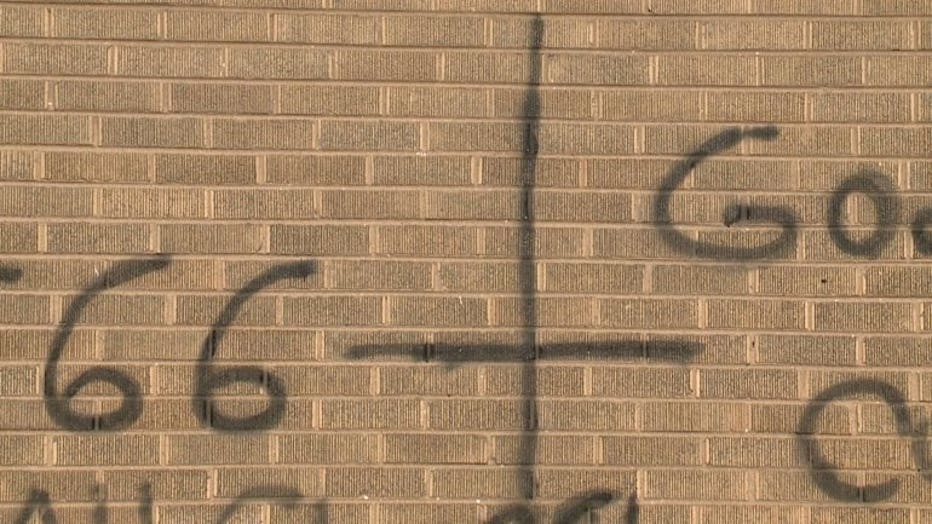 Edwards wondered whether hate groups might have been behind the vandalism, and was among the many neighbors outraged and upset. 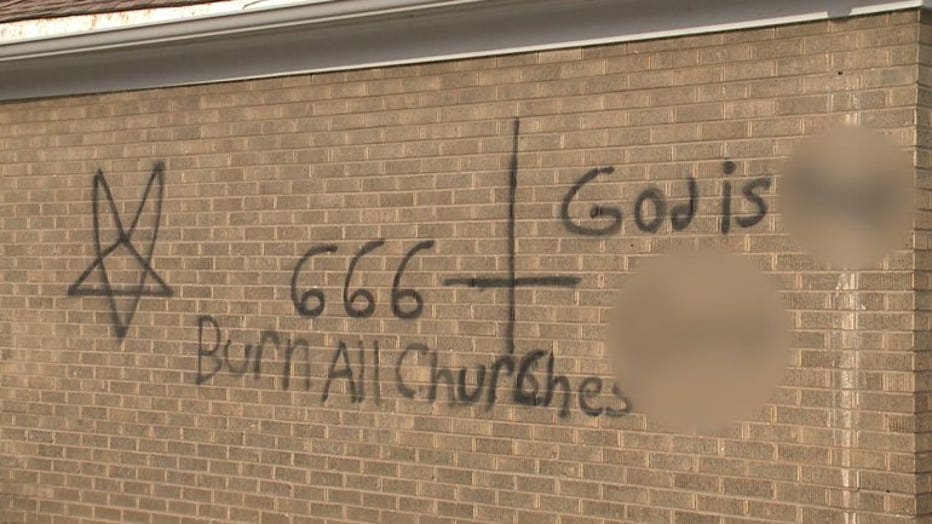 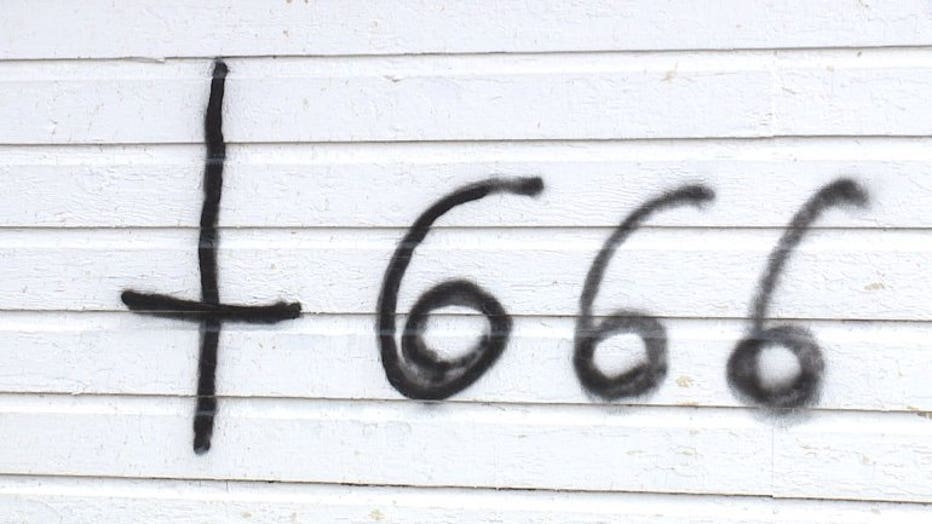 According to the city's website, the most effective weapon against graffiti is its removal, which is why it's very important to report it. CLICK HERE to do so.