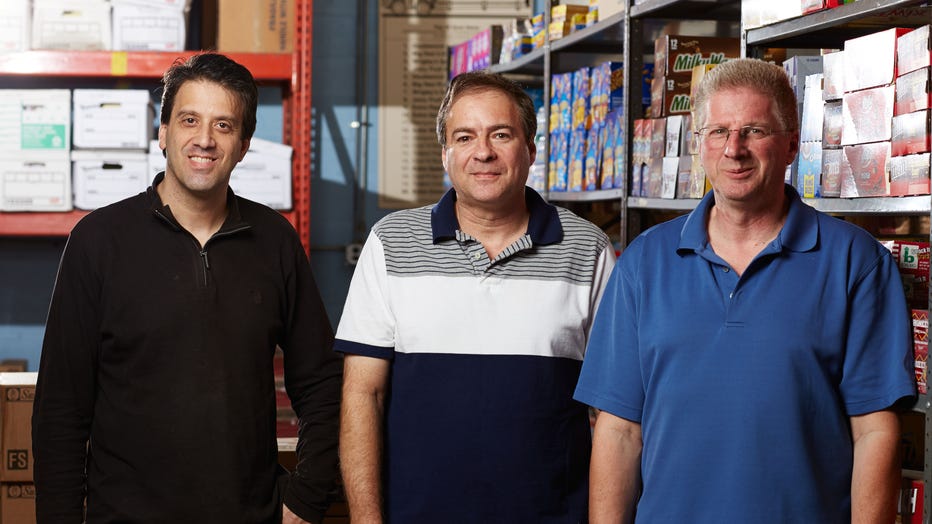 When Mitch Hirsch went to the bank in May 2012, the teller delivered some unexpected news: the bank account he and his two brothers, Jeff and Richard, used to deposit the proceeds from their convenience store distribution business had been commandeered by the federal government.

Later that day, Mitch’s older brother Jeff got a letter from the IRS; it explained that the brothers’ pattern of making frequent and small deposits had drawn suspicion. The Hirsch brothers did business with small delis and gas stations, and often made cash deposits in their account. But the IRS apparently mistook these transactions for the behavior of a drug dealer or a terrorist trying to fly below the radar.

Mitchel’s older brother Jeff called the local joint-IRS task force in Nassau County, New York to clear up the misunderstanding. He even invited the detective in charge to come down to his warehouse and go through his business records. The detective, Jeff said, explained that it wasn’t his job to investigate any further — the pattern of deposits was all the evidence he needed.

The brother were never charged with a crime or accused of any wrongdoing. But it cost them tens of thousands of dollars, and over two years of fighting the IRS in court, to finally get the money returned.

“It was hell,” Jeff said. If it wasn’t for a the generosity of a friend who works in the candy distribution business — who let the brothers slide on a few late payments — Jeff said that his entire family would have gone bankrupt.

The Hirsch brothers’ ordeal is far from uncommon, according to a March 30 report from the Treasury Inspector General For Tax Administration (TIGTA), a government watchdog that oversees the IRS. Between 2012 and 2014, the IRS seized over $17 million from hundreds of small business owners like the Hirschs — whose only "crime" was making frequent cash deposits and withdrawals of under $10,000, which isn't technically a crime at all.

Banks must report to the IRS all individual deposits, withdrawals or transfers of over $10,000; it’s illegal for anyone to structure multiple transactions of $10,000 or more in order to evade IRS attention, and banks are required to report if they think their customers are making many under-limit transactions to avoid triggering notification.

Still, drug dealers and other criminals often do to attempt to stay below the radar of law enforcement; former House Speaker Dennis Hastert was ensnared by the law (and pled guilty to violating it) when he made under-limit withdrawals to pay a man who had accused Hastert of sexual assaulting him. But, it’s also perfectly normal for small and medium-size business owners to make regular deposits under the $10,000 mark. In the Hirsch case, the brothers’ insurance company had actually asked them to make smaller deposits, Jeff Hirsch says, after they had been robbed on the way to the bank.

Federal law allows the IRS to freeze anyone’s assets it suspects of making evasive deposits, without requiring that they secure a criminal conviction or even conduct an investigation beyond examining the bank records. In other words, the IRS can — and does — empty some people's bank accounts simply because the owners make deposits that fit a pattern that the government believes may resemble that of a drug dealer.

“They are supposed to be targeting people hiding criminal proceeds,” explained Robert Johnson, an attorney with the libertarian-leaning Institute for Justice who represented the Hirsch brothers. “But they are applying it to people who engaged in perfectly legal businesses.” The Institute has represented a number of people, including a Palestinian immigrant deli owner and a restaurateur in North Carolina, who all had to spend years fighting the IRS just to get their legally-acquired money back.

In one case, the IRS seized $33,000 from Carole Hinders, who had operated a small cash-only restaurant for 40 years in Arnold’s Park, Iowa, and made routine small deposits. “My mom had told me, if you keep your deposits under $10,000, the bank avoids paperwork,” she told the New York Times. “I didn’t actually think it had anything to do with the I.R.S.” In another instance, North Carolina convenience store owner Lyndon McLellan lost over $100,000 when the IRS seized his bank account in the summer of 2014.

"It took me 13 years to save that much money, and 13 seconds for the government to take it away," he told the Washington Post.

And it’s not just that the IRS occasionally seizes the assets of innocent business owners by mistake and is unaware of the problems with its methodology: According to the TIGTA report, the IRS almost always misses the mark. The watchdog randomly selected 278 different cases in which the IRS emptied a bank account because it suspected illegal transaction structuring. In a full 91 percent of those cases, it turned out that the IRS had taken money from perfectly legal small businesses — farms, convenience stores, restaurants — that just so happened to withdraw money from the bank in a pattern that caught authorities’ attention.

"Most people impacted by the program did not appear to be criminal enterprises engaged in other alleged illegal activity," the inspector general found, "rather, they were legal businesses such as jewelry stores, restaurant owners, gas station owners, scrap metal dealers, and others."

In a response to the watchdog report, the IRS emphasized that it had been acting within the law. “Structuring violations are not required to be tied to illegal source funds,” wrote Richard Weber, the chief of criminal investigations at the IRS.

Here’s how a typical enforcement action is carried out, Johnson says. First, local police officials working with the IRS’s Criminal Investigations Unit pore through bank records, identifying what they think are suspicious transactions. Then they show those transactions to a federal magistrate, who can authorize the IRS to seize the bank accounts. The federal agents then confiscate the money from the bank, show up at the owner's place of business, and inform them they’ve lost control of their accounts. Under the federal government’s "equitable sharing" program, the local police and the IRS can then split the money between themselves.

The burden is then on the original owner of the account to prove that his or her deposits were innocuous. Often, authorities will offer a deal to give back a portion of the money, if the original owner agrees to not request that the full amount be returned.

Hirsch said that the IRS offered to return all but $40,000 of his money. He instead hired a forensic accountant (for $20,000) to prove in court that he’d done nothing illegal. The IRS was forced to return his money in full in 2014.

Going after people like the Hirsch brothers was part of a strategy to extract as much cash as possible with minimal effort, the IG report alleges. Johnson, the attorney with the Institute for Justice, said that authorities often targeted people like Jeff — business owners who weren’t breaking any other laws, but were eager to get as much as their money back as quickly as possible.

The IG report bolsters Johnson's claim: "One of the reasons why legal source cases were pursued was that the Department of Justice had encouraged task forces to engage in 'quick hits,' where property was more quickly seized and more quickly resolved through negotiation,” the report found, “rather than pursuing cases with other criminal activity (such as drug trafficking and money laundering), which are more time-consuming.”  Weber, the IRS official, countered that the agency abandoned the practice of “quick hits,” in 2013.

The IRS is not the only government agency seizing people’s assets without any criminal proceedings. In March, the Inspector General of the Drug Enforcement Agency found that over the last decade the agency had taken $3.2 billion in cash from individuals who were never charged or convicted with a crimes.

Towards the end of the Obama administration, the Department of Justice moved to discourage asset forfeitures where no criminal conduct could be proven. In 2014, after a number of high-profile forfeitures incidents embarrassed the IRS, the agency announced it would curtail its use in cases in which the only cause for concern was how an individual made deposits and withdrawals. But, the practice is still technically legal.

For the last two legislative sessions, Rep. Peter Roskam (R-Ill.) has been pushing a bill, the “Clyde-Hirsch-Sowers-RESPECT Act” — named after the Hirsch brothers and a number of other victims of IRS forfeiture — that would bar the agency from seizing cash unless authorities had probable cause that the cash was indeed involved in some sort of crime. “It’s clear to everyone involved that there was rampant abuse in the forfeiture program,” Roskam said in a statement. “The IRS and DOJ abused their authority and took money from people who did nothing wrong.”

His bill passed the House in 2016, but never came up for a vote in the Senate; he reintroduced it on Tuesday.

Meanwhile, the Trump administration is still seemingly working out its position on asset forfeiture. At a meeting with local sheriffs in February, Trump appeared unaware of the rampant criticism of asset forfeiture programs. When Sheriff John Aubrey of Kentucky complained that the Obama administration had put some limits on seizing assets, Trump asked: “So what do you do? So in other words, they have a huge stash of drugs. So in the old days, you take it. Now we’re criticized if we take it. So who gets it? What happens to it? Tell them to keep it?”

Since cutting back on forfeiture in 2014, the IRS claims that it sent notices to 1,800 property owners who may have been inappropriately targeted by its actions, inviting them to file for the return of their property. Johnson, with the Institute for Justice, thinks the IRS could be doing more.

“We know the IRS is returning some cash, we don't know how much and to how many people,” he said. “They need to return all of it.”