Woman claims sandwich from East Lansing Subway had poop on it

A Michigan State University student said she found a mushy brown substance on the wrapper of her Subway sandwich after smelling something off. East Lansing police are trying to find a lab to test the substance.

EAST LANSING, Mich. (FOX 2) - A Michigan State University senior claims a sandwich she ordered from an East Lansing Subway had an extra topping she didn't ask for – feces.

Kelsey Coyne posted a TikTok after discovering what she thinks was poop on her lunch.

"There is feces. We are not sure if it's human or dog," she said in the video. "That's not chocolate, I know that for sure."

Coyne said she posted what happened to social media because she didn't think the company would take her claims seriously after biting into the sub and smelling something off.

"The smell from it was so bad, I was gagging from remembering it," she said. "It was on the paper around it, but it was mushy."

East Lansing police are investigating, and they are looking for a lab to possibly test the sample. Though police are looking into the incident, it could end up being a health department issue. 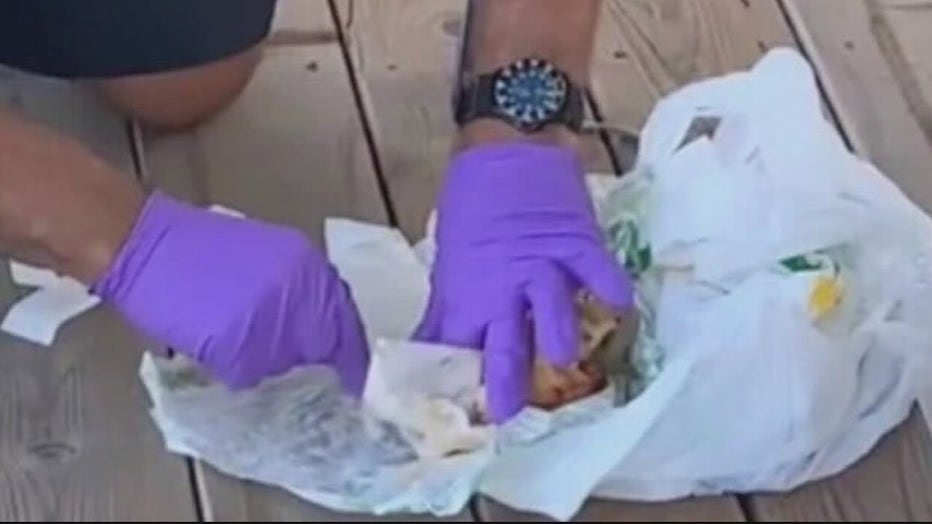 The owner of the restaurant said he reviewed security footage from the store and found nothing to indicate the sandwich got feces on it. Instead, he says it was sauce that was burnt after being toasted.