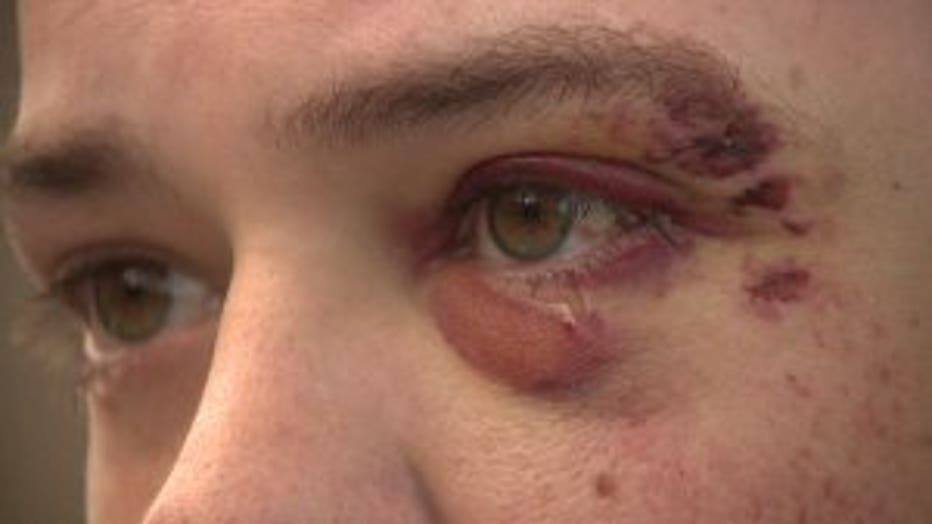 MILWAUKEE -- A Milwaukee man said he was riding his bicycle home from lunch on Saturday, April 13 when two men attacked him on the road.

Charles Fink said he was headed east on North Avenue in the bike lane when a vehicle headed in the opposite direction tried to take a left turn at 59th Street -- nearly striking Fink on his bike. After the near-crash, tempers flared and fists flew.

With a black eye and a cast around his wrist, Fink on Monday, April 15 recounted the moment he feared for his life.

"I've got three or four broken ribs over there," said Fink. 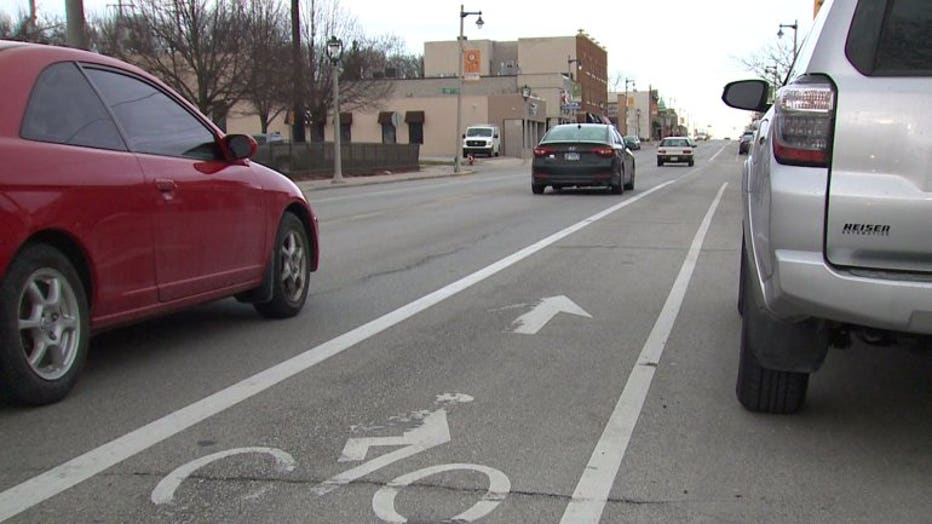 Fink said around 2 p.m. Saturday, a driver in a red vehicle slammed on his brakes to avoid hitting Fink in the bike lane.

"That upset me, so I did use my middle finger," said Fink.

Then, Fink said the driver made a U-turn and began yelling at him to come towards him. 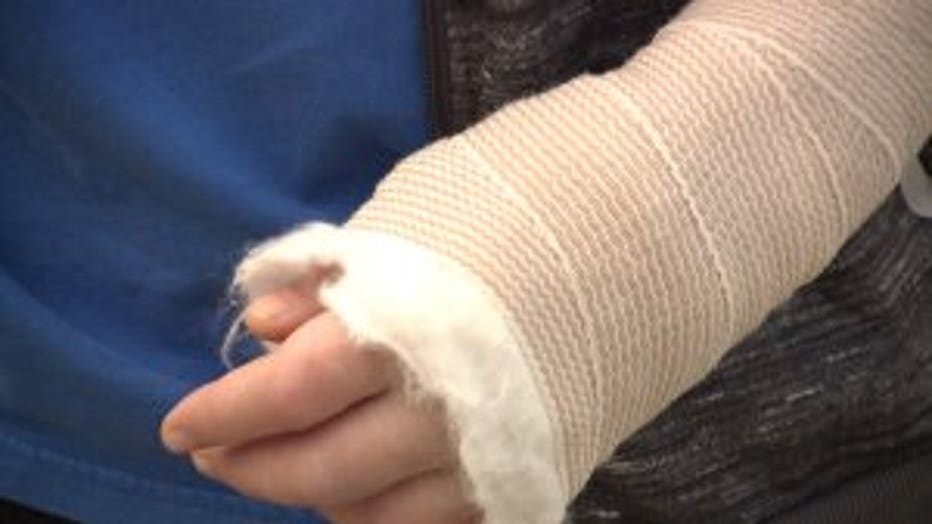 "He said, 'Take one more step. One more step.' I knew at that point, 'hey,  you're making an extremely wrong decision.' I stopped, but apparently what was said was enough to make him just as upset. He threw one punch at me," said Fink.

As Fink was trying to get his bearings from the blow, the 31-year-old man remembered another man joined in on the assault.

"I put my arms up, and I was thrown to the ground, and I could barely even get up," said Fink.

Still emotional about the beating, Fink on Monday said he'd spent two nights in the hospital, and realized this could've been much worse. He suffers from several serious health conditions, including epilepsy. He said had one of the punches to his head landed just right, he may not have survived.

"Being in that type of situation, I was ready for it all," said Fink. 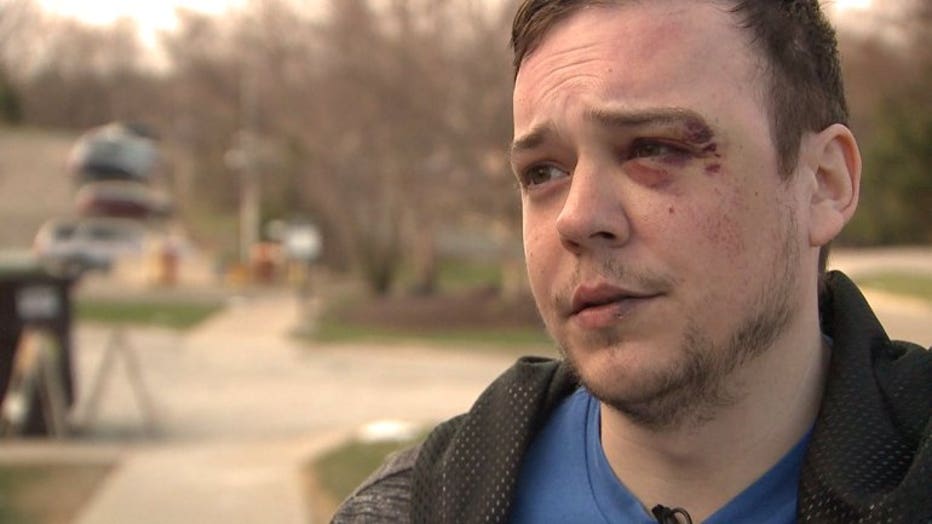 Determined to learn from the experience, Fink said he'll think twice before engaging in road rage, reminding himself and others it's just not worth the potential risk.

Fink also urged drivers to be conscious of bicyclists -- especially with the weather warming.

Police said they're investigating the assault -- seeking an unknown suspect.