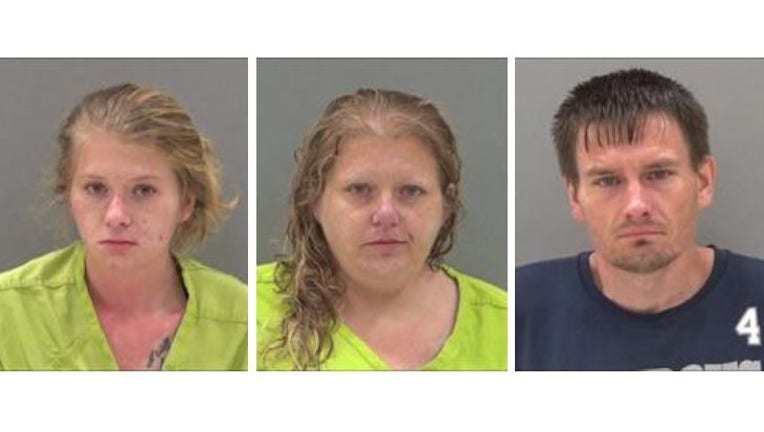 SAN ANGELO, Texas - A 2-month-old girl tested positive for heroin and was placed on life support after being found unresponsive with injection marks at a West Texas home over the weekend, according to police.

The girl’s mother, Destiney Harbour, 21, was arrested, along with her mother, Christin Bradley, 37, and Bradley’s boyfriend, Dustin Smock, 34, San Angelo police said Tuesday. All three were charged with causing serious bodily injury to a child.

Officers responded to a home on Saturday after receiving a report of an unconscious infant. The girl was taken to a hospital, where injection marks were found on her extremities and head, and her urine tested positive for heroin, police said. She was then taken to Cook Children’s Medical Center in Fort Worth.

A police spokeswoman declined to provide information about the girl’s condition on Thursday.

Investigators learned that Harbour had given birth to the baby in late August at the home, and that the child had never received formal medical care.

While executing a search warrant at the home, investigators found small quantities of what they suspected was heroin, methamphetamine, marijuana and pills, in addition to drug paraphernalia.