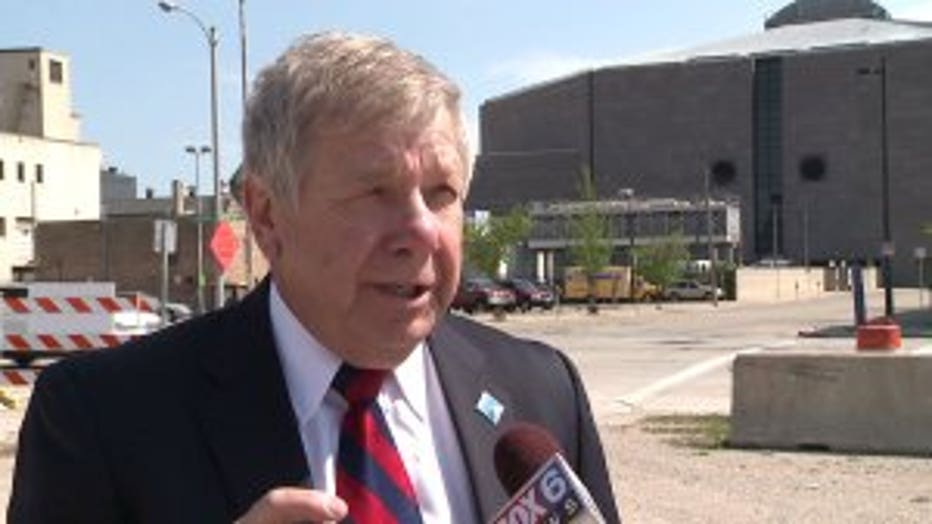 MILWAUKEE - A Milwaukee alderman announced Thursday his intention to step down, mid-term, from his 13th District seat next week.

The news of Witkowski's resignation comes weeks after he came under fire for comments he made in a quarterly newsletter. However, Witkowski said the timing has nothing to do with his comments, but that it's been something in the works since last fall.

"I'm surprised to see you here. I've never known that a 74-year-old man deciding to retire was big news in the City of Milwaukee," Witkowski said during a press conference Thursday evening. 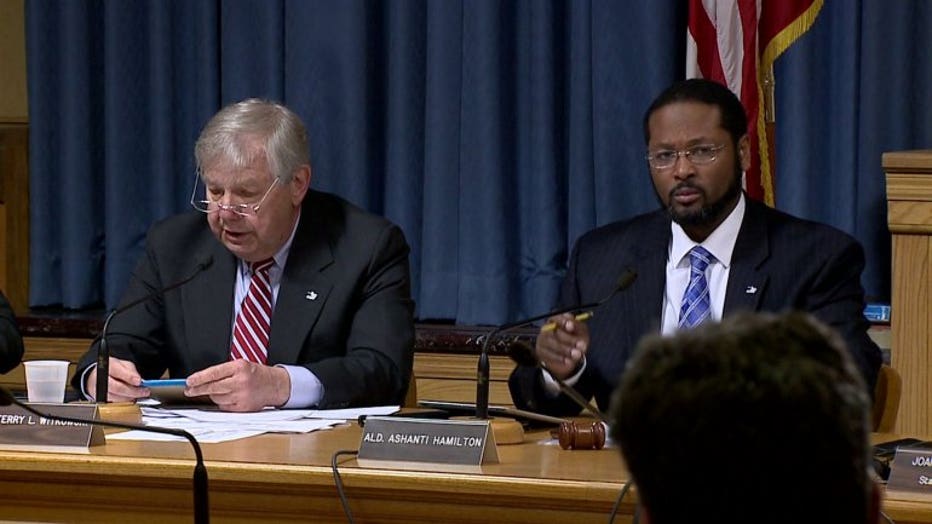 "Well, I tell you what, I'm not younger. Am I healthy? For the most part, yes. I'm not quitting for health reasons," said Witkowski, who's held the position for 15 years. "But the clock is ticking and I'd like to enjoy a little bit of life. Also, I think the City of Milwaukee is in great shape." 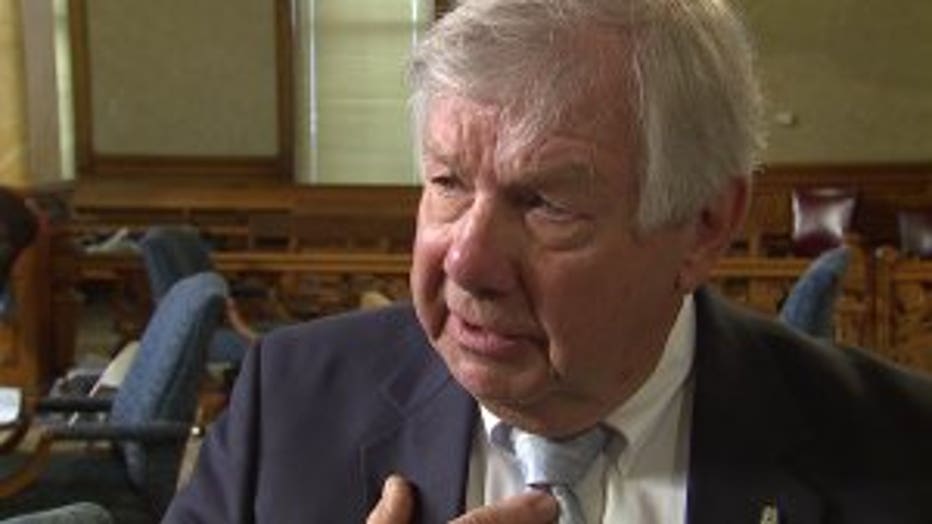 "We will be moving forward with a special election at the time Witkowski makes his formal submission of his resignation, so we can start putting the dates together to get a representative in the 13th," said Hamilton. "We're looking to make that announcement next week. From the looks of it the time schedules, the way the statute is written, if there's a primary, that primary will be mid-July. And the general election would be mid-August." 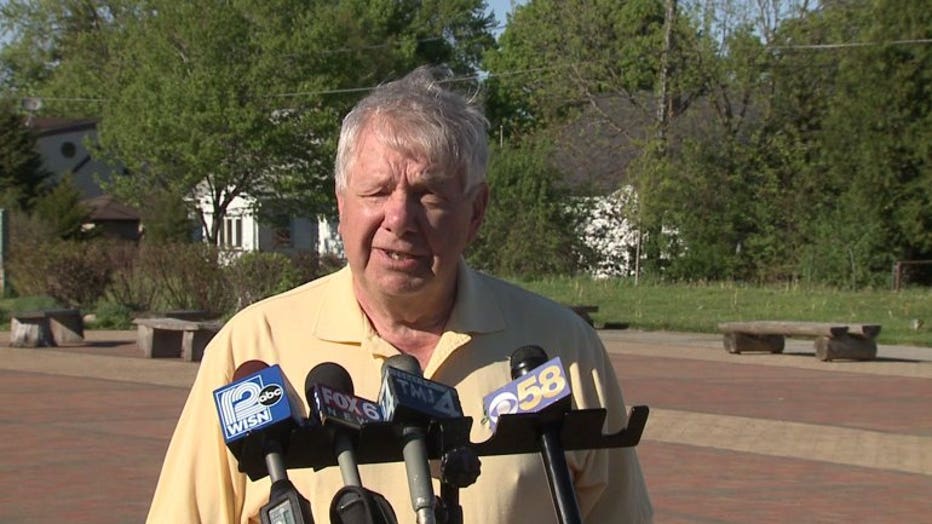 Witkowski came under fire earlier this month for comments he made in a constituent newsletter regarding City Hall politics and that "councils vote by the color of their skin." 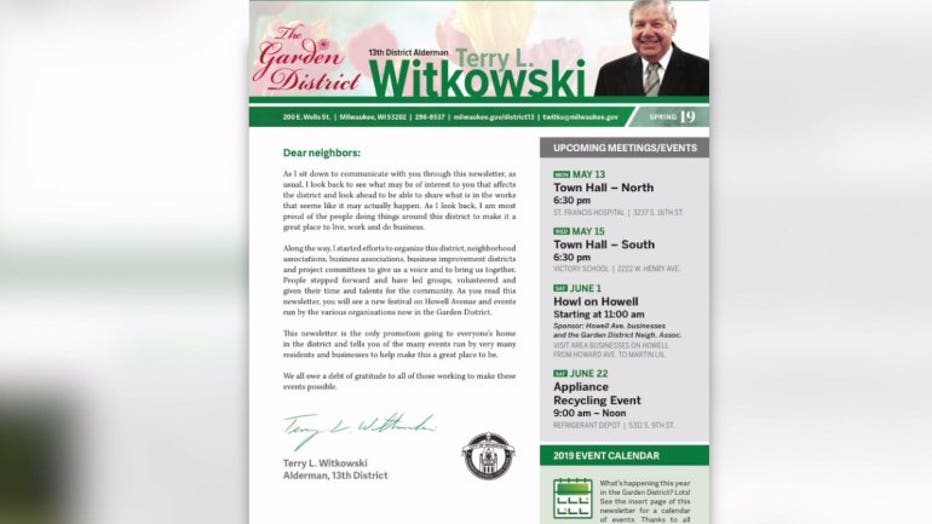 Witkowski disputed the timing those comments and his announcement to step down from his post. 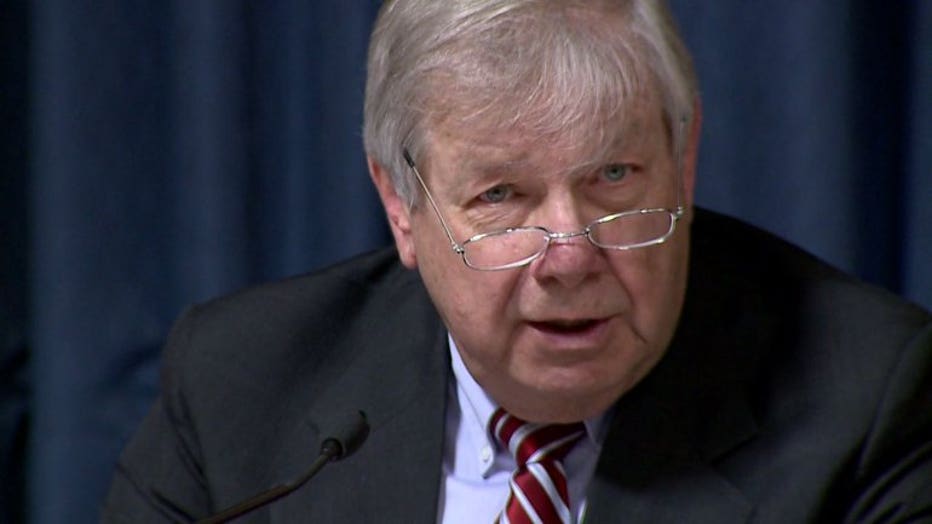 "You got one man's opinion from where my seat was in the house," Witkowski said when questioned about the timing. "It was not meant to be an indictment of anyone. It was me talking to my constituents in a newsletter." 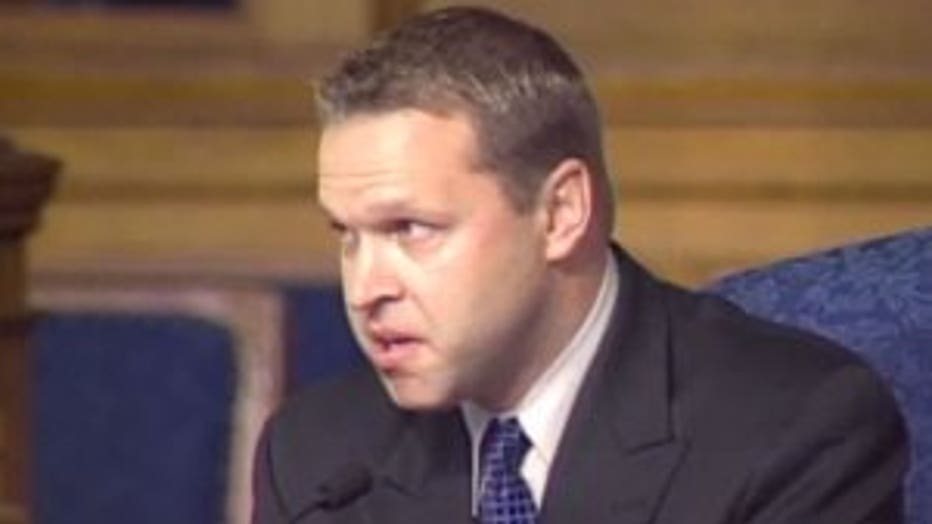 Witkowski said his resignation will be effective May 30. He was first elected to the Common Council in 2003 in a special election to fill the seat vacated by then-Alderman Jeff Pawlinski. Pawlinski was sentenced by a federal judge in 2003 to eight months in prison after he pleaded guilty to defrauding his campaign fund.

On Tuesday, two days before Witkowski's announcement, a person filed to challenge Witkowski in the 2020 spring elections: Witkowski's current aide, Scott Spiker. FOX6 reached out to Spiker, but haven't heard back. Witkowski said he hasn't endorsed any candidate, but expects the field to be a large one.

Witkowski's announcement Thursday, came in the form of a letter as noted below:

It is time for a summer off. I have worked since I was 12. I started by buying a 45-customer paper route, then a 65-customer route and then a 120-customer route. I found I liked working and doing a good job. At 16, the district manager hired me as a station captain and at 18 I became a district manager with the requirement that I also be a full-time student. There, a supervisor taught me to be fair and to treat everyone equally, a value I held throughout my work life.

At age 24, I started working for the City Safety Commission presenting safety programs in elementary schools and supervising half the city’s crossing guards north of North Avenue. At 26,

I was promoted to manage the program, making me the youngest person to run a city-wide City of Milwaukee program.  I started new programs including writing materials for teachers, children, parents and drivers achieving a 50% reduction in child pedestrian accidents.

I continued going to night school (a total of 24 years) until I had my master’s degree. At age 42, I was appointed Safety Director for the Milwaukee Safety Commission, again starting new programs and enlisting partners to improve safety in the city. During this time we saw a reduction of crashes by a third and record lows for traffic fatalities. Our efforts were successful and nationally recognized. I spoke on them at many state and national conferences through the years.

After 31 years with the City, I moved on to safety consulting and also teaching for UW-Whitewater. For most of my adult life, I had two to three jobs at a time (trying a business, teaching and 22 years as a part-time police officer) along with being an active member and, often, leader of civic organizations.

For the past 15 year I have used my lifetime of skills and knowledge to serve my city as alderman. During this time the city has seen many challenges but actually became more desirable, grew in population and has seen unprecedented growth and rebirth. I have been proud to be part of the positive attitude that supported development and city-wide improvement. I look forward to leadership that can finish the convention center and keep renewing the whole city. Leadership must think city-wide to raise all boats.

I have also provided positive, unifying leadership in my district, the area an alderman has the most say in. I started the Garden District and worked to improve the appearance of the area, kept it as a low crime area, and promoted efforts to make this a desirable place to live, work and do business. I rallied and organized residents and business owners to form associations and BIDS to improve the area.

I brought surrounding municipal leaders together to use the airport for economic development and the group became Aerotropolis Milwaukee. South 27th went from separate (two) cities divided by a rural, uncut median strip and vacant businesses to a landscaped, upgraded street, with new buildings, upgraded facades, with businesses working together supported by two cities as Historic Route US 41.

Bringing businesses together in the airport area resulted in the Gateway to Milwaukee BID forming. They greatly upgraded the appearance of the area and new businesses and buildings appeared. They have supported quality of life events and helped support South 6th as the Green Corridor among other things.

I have steadily worked with the first neighborhood association I helped form, now the Garden District Neighborhood Association. Their farmers market, community garden and other quality of life events throughout the year have helped make this a great place to live. They work closely with the two business associations to run events and improve safety. They will play a major role in the first Howl on Howell on Saturday, June 1st, the last major business area of the Garden District to work as a group.

We all owe a debt of gratitude to Bryan Simon of Simon Landscaping for his missionary zeal to establish the Green Corridor and the fantastic two blocks used for events on 6th and Norwich. His work to fund and build it serves as an example to the city as to what can be done to improve vacant lots throughout the city. It serves as an area showcase and gives residents a sense of pride in their neighborhood.

I have enjoyed the work I have done for Milwaukee for 46 years and enjoyed building and working with these groups to improve the area. Effective the end of the day on Thursday, May 30th, I will step down as Alderman and become a volunteer in the Garden District. I hope to see you at the many Garden District events as I enjoy my first summer off in 6 1/2 decades.