GREEN BAY — A 10-story Ferris Wheel is making its debut in Green Bay.

WLUK reports the first riders boarded the wheel on Tuesday at Bay Beach Amusement Park. They paid $50 each for the ride as a donation to the park's fundraising group, the Friends of Bay Beach.

The group spent $2.1 million to bring the wheel to the park. Sally Kiefer, a Friends of Bay Beach committee member, says the wheel is the tallest Ferris wheel in the state. The wheel is set to open to the public on Thursday morning. The price for a ride will be 75 cents. 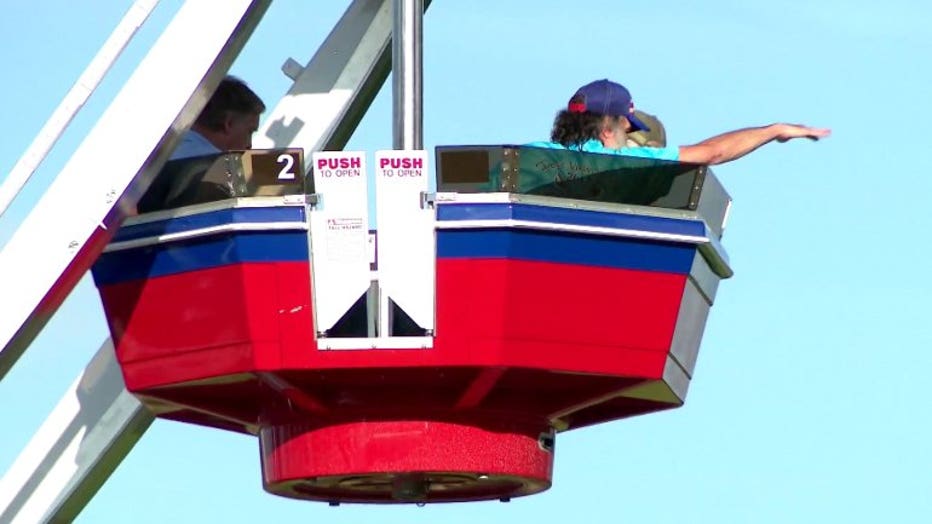