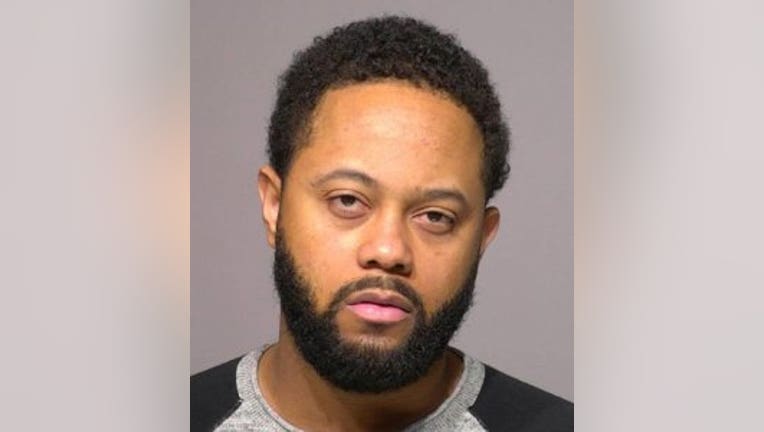 MILWAUKEE -- A 33-year-old Milwaukee man has been charged with four separate counts of intimidating a domestic abuse victim.

According to a criminal complaint, Anthony Turnage was charged with five counts stemming from a domestic violence incident in October 2019. Those counts included strangulation and suffocation, substantial battery with intent to cause bodily harm and criminal damage to property.

In that incident, authorities say Turnage accused the victim of infidelity and then smashed her phone, held her down and stuffed a washcloth in her mouth. He then wrapped a strap around her neck and strangled her, the complaint states. He also used a strap to bind her hands to her knees so she couldn't move. After approximately 10-15 minutes, she broke free and tried to leave, but Turnage grabbed her and threw her to the ground, punching and kicking her.

The victim later escaped through a bedroom window and called police. Authorities say she suffered bruising to her face and knee, scratches to her neck and lacerations to her lips.

Several days after the incident, the complaint states, Turnage was taken into custody. While in jail, he intimidated the victim over the phone on four separate occasions.

The complaint states that, on one occasion, he told the victim: "you need to make a statement that you not coming down here for s***. Period." In a later call, he urged the victim to "stop the DA and the lawyer" and to "tell them the charges are false." He also repeatedly told the victim that he would not go to court and would not cooperate. Turnage also walked the victim through how to tell authorities: "I lied about the allegations of (Turnage's) case." During that call, he also emphasized that the victim should tell authorities that he is a single father whose kids were not going to school since he had been incarcerated and that the kids' mother is "on heroin."

Turnage is due in court for a preliminary hearing on Friday, Feb. 21.