Monday, March 28th Cruz spoke in Altoona, near Eau Claire and later in Rothschild, near Wausau.

Cruz's speech in Altoona focused on stopping Donald Trump and uniting the Republican Party. Cruz spoke of policy and change, as more than 100 people listened.

It was quite the crowd at the Altoona Family Restaurant Monday afternoon in support of Ted Cruz. 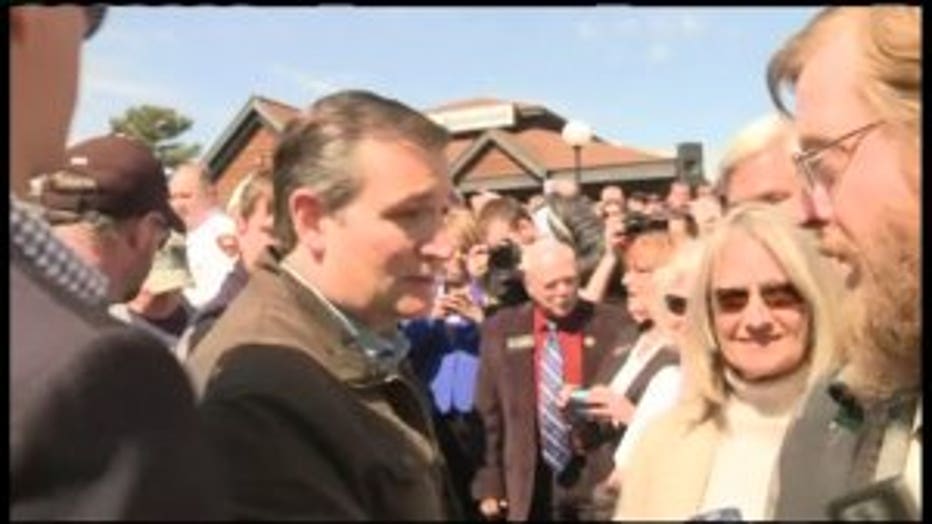 Shortly after 1:00 p.m., the "Cruz to Victory" bus pulled up and Texas Senator Ted Cruz emerged.

Cruz made his way through the crowd -- occasionally stopping to make small talk with his supporters.

Inside the restaurant, supporters said they'll vote for Cruz on April 5th because of his foreign policy.

"The time for political correctness is over. Enough is enough. We need a commander in chief who is focused on defending this country, on defeating radical terrorism, and utterly and completely destroying ISIS," Cruz said.

Cruz also talked about Trump attacking his wife Heidi, and said he believes the American people are sick of that, and that it has no place in American politics. 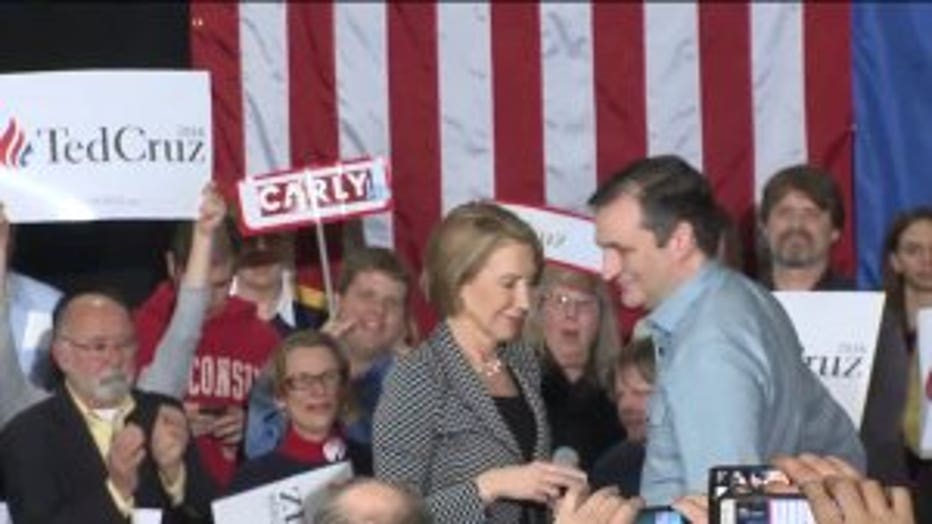 Cruz later spoke in Rothschild with Carly Fiorina at the Central Wisconsin Convention and Expo Center at 10101 Market Street at 5:00 p.m. Monday. Fiorina is endorsing Cruz.

Among hundreds of supporters in Rothschild, Cruz thanked Fiorina for being there with him and quipped about Clinton being afraid of her.

"I can just see Hilary thinking about Carly and tossing and turning in her jail cell," Cruz said.

Cruz's began his speech by laying out the three issues he says this election is all about -- jobs, security and freedom.