MILWAUKEE -- A young bonobo is alive and well, thanks to the care of doctors from Children's Hospital of Wisconsin and the Medical College of Wisconsin.

The Milwaukee County Zoo needed help for three-year-old Noelle, a sick bonobo who was in critical condition, along with the entire bonobo troop, including nearly 25 animals. The statement says several developed pneumonia, and one adult bonobo died the night before.

On that particular morning in November, zookeepers found Noelle "listless in her mother's arms, in significant respiratory distress."

Dr. Gedeit was called upon for treatment recommendations, but MCW officials said "with the blessing of his supervisor, Dr. Gedeit knew they could do more." 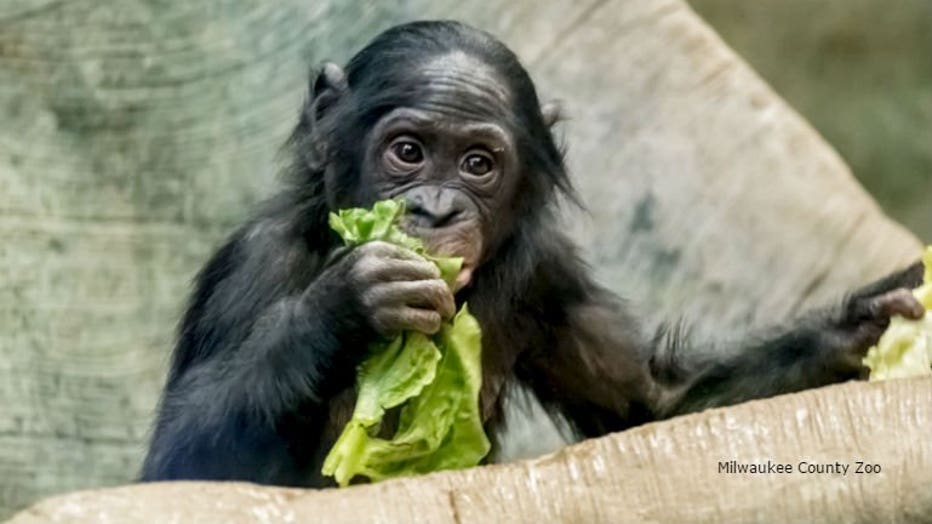 With the help of Children’s Hospital of Wisconsin’s respiratory care service’s Khris O’Brien and clinical engineering department’s Joe Kau, they obtained a retired CHW ventilator and brought it over to the zoo.

They found Noelle blue from lack of oxygen, and in septic shock.

MCW officials said "as the pediatric critical care clinical director and respiratory care services medical director at Children’s Hospital of Wisconsin, Dr. Gedeit is used to having all sorts of technology to assist in monitoring a patient, but that was not the case at the zoo.

“I really had to rely a lot on the physical examination to evaluate. It was an opportunity to get back and use the skills you have as a physician," Dr. Gedeit said in the statement.

According to MCW officials, bonobos are much like humans in stature. Noelle was about 16 pounds, a little smaller than your average two-year-old child. 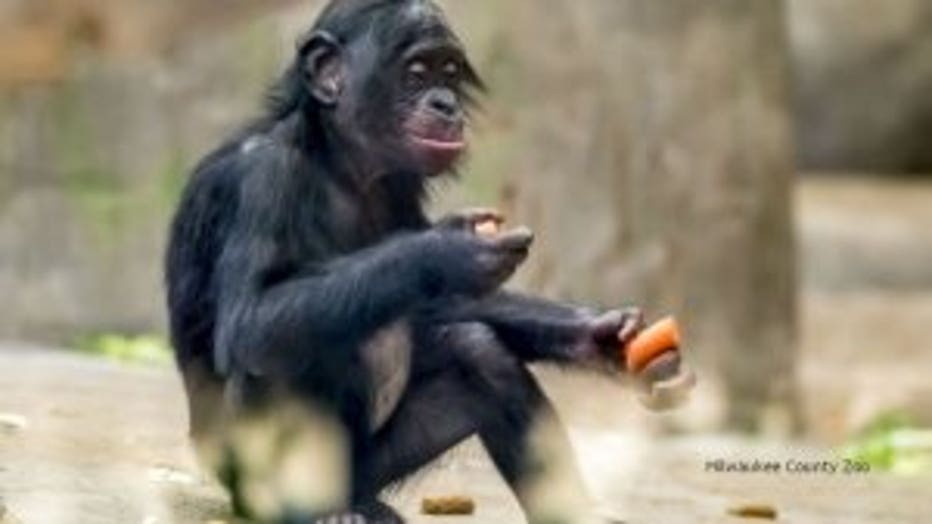 “It’s amazing. The anatomy and physiology of these animals are very close to humans. Doing a physical exam was not a challenge. You’re looking at the same thing as a child -- but a little hairier," Dr. Gedeit said.

MCW officials said in their statement Dr. Gedeit and his team had an obstacle to overcome even before getting Noelle on a ventilator. A ventilator needs both oxygen and air flow to operate, but the zoo didn’t have the required equipment to deliver the air portion of the equation. They looked into ordering air tanks from a medical gas supplier, but they needed quite a few, so Khris O’Brien came up with another idea. 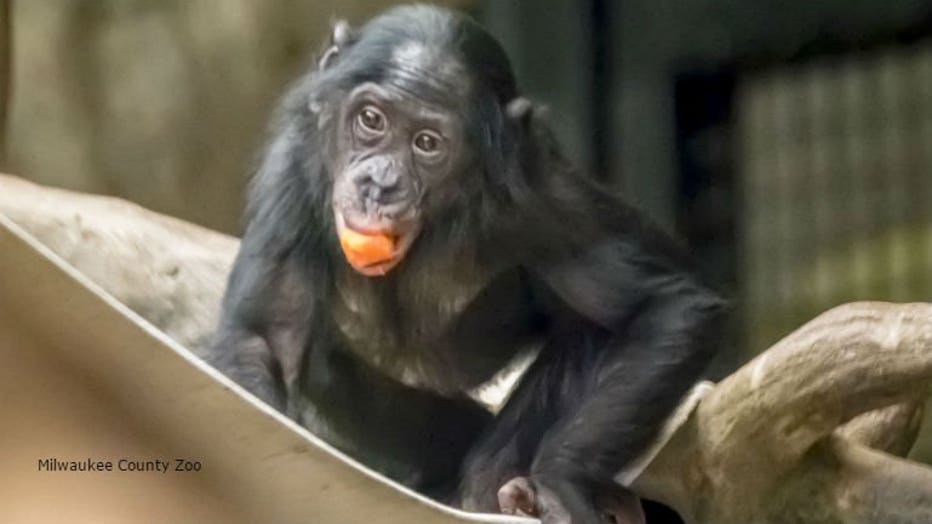 The zoo did have a nebulizer, a piece of medical equipment usually used to deliver medication through an inhaled mist. The team got creative, hooked the nebulizer up to the ventilator and got Noelle on the ventilator.

Noelle needed pretty significant support that first night, but she was stabilized. 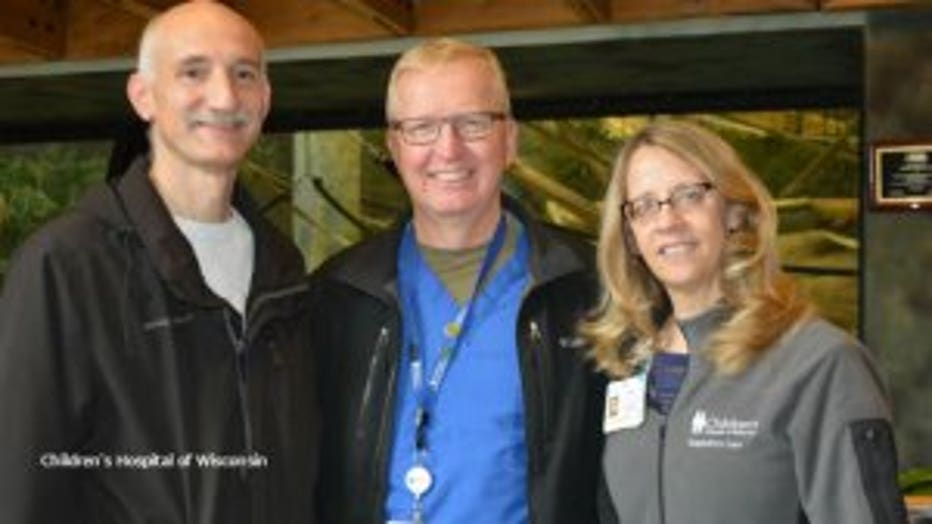 She was on the ventilator for less than 48 hours. And the nebulizer, which usually was in operation for fewer than 15 minutes, never broke down and gave Noelle the air she needed.

“She was very blue before we got her on the ventilator. I was worried she was going to be on there for days," Dr. Gedeit said in the statement.

According to MCW officials, within six hours of having her breathing tube removed, Noelle was eating and looking much better. Although she still required antibiotics for several days, Noelle was on the mend.

When Noelle was allowed to rejoin her troop, her mother -- who had also been sick -- grabbed her, picked her up and ran to the other side of the enclosure. 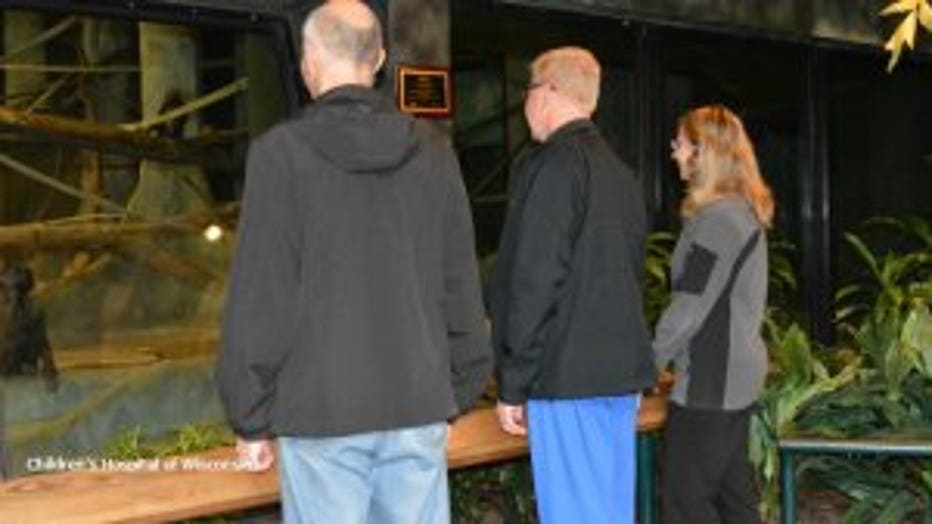 When Dr. Gedeit went back to the zoo just a few weeks ago, MCW officials said zookeepers had to point out which bonobo was Noelle. She was running like any other young bonobo, and he couldn’t pick her out.

All signs of her severe illness were gone.

“It was really a team effort. We have a great group of people who are willing to take the time to answer the call," Dr. Gedeit said.