Dr. BBQ demonstrates how to make this week's recipe mash-up.

This week, FOX's Thursday Night Football features two of the NFL’s top teams: The 5-1 Green Bay Packers and the undefeated Arizona Cardinals. A game like this deserves a championship meal, so Dr. BBQ decided to give a Wisconsin classic a southwest kick.

Dr. BBQ added cheddar to his quesadillas, but if you want to spice it up a bit, you can try using pepper jack cheese. 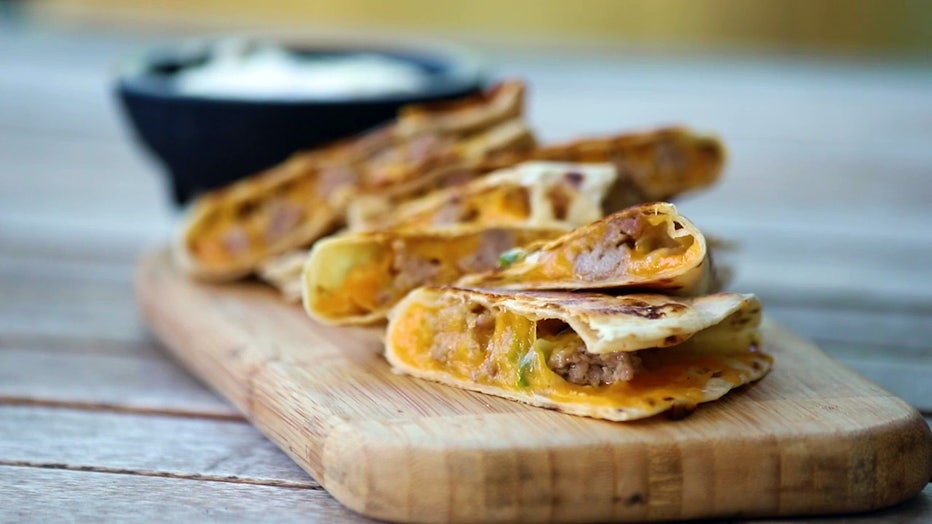