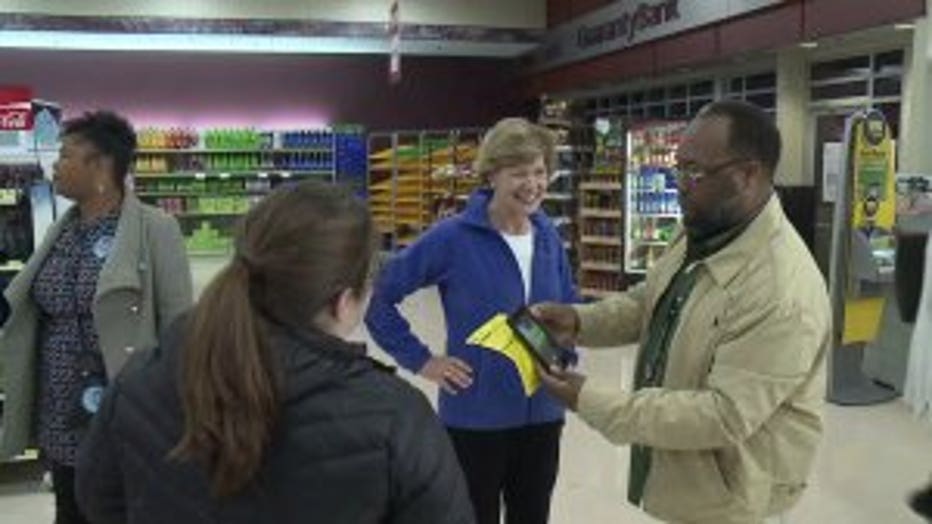 It's a seat Baldwin, the first openly gay candidate to be elected to the U.S. Senate, has held for six years. This will be her second term in office.

“Two years ago, no one thought we would be here. After Democrats lost in 2016, the experts, the experts said that this race was not winnable. The Koch brothers made me their number one target and special interests were ready to spend big and kick me out for standing for you. Tonight, after more than $14 million worth of nasty attack ads, it means nothing because I had something that they didn’t… you! Across our state, Democrats, Republicans and independents sent a loud and clear message. They wanted a senator who works not for the special interests, but someone who works for you. Now, this has been an incredible journey -- one that has shown me the best that our state has to offer. I’ve seen makers put that ‘made in America’ label on things that we make right here in Wisconsin. I have been moved by the good people, by the goodness of our people. We hold a deep commitment to community, neighbor helping neighbor and  in Wisconsin, we believe that we’re all in this together -- and that’s what this campaign has been about.  For us, it simply wasn’t a political fight. It was a fight about doing what’s right. For me, it’s always been about doing right by Wisconsin -- doing right by the people with pre-existing health conditions who need a champion to protect their health care and stand up to special interests who would take it away," said Baldwin after her victory Tuesday.

Cheers filled the Monona Terrace in Madison as Baldwin won re-election. She said she'll continue to be a champion of health care in the Senate and work to reduce prescription drug costs.

“I think this really just shows Tammy, for the last six years, has been fighting for everyone -- fighting for people’s health care. Fighting for jobs to be in America and to have good pay, and I think we’re seeing it with the voters and that’s why we have an early win in what isn’t a state that has a lot of early wins," said Pocan.

“Wisconsinites have re-elected our Senator Tammy Baldwin because they know she will always put Wisconsin first. Whether she was fighting to ensure young people could stay on their parents’ health insurance or keeping jobs here in Wisconsin, Tammy has been on our side leading the charge for a better future. We are truly lucky to have such a fierce advocate for our families and communities representing us in Washington for another six years.”

Baldwin voted early. Her Madison election night watch party served as a sort of homecoming, as Baldwin served in the Wisconsin Assembly from 1993 until 1999. 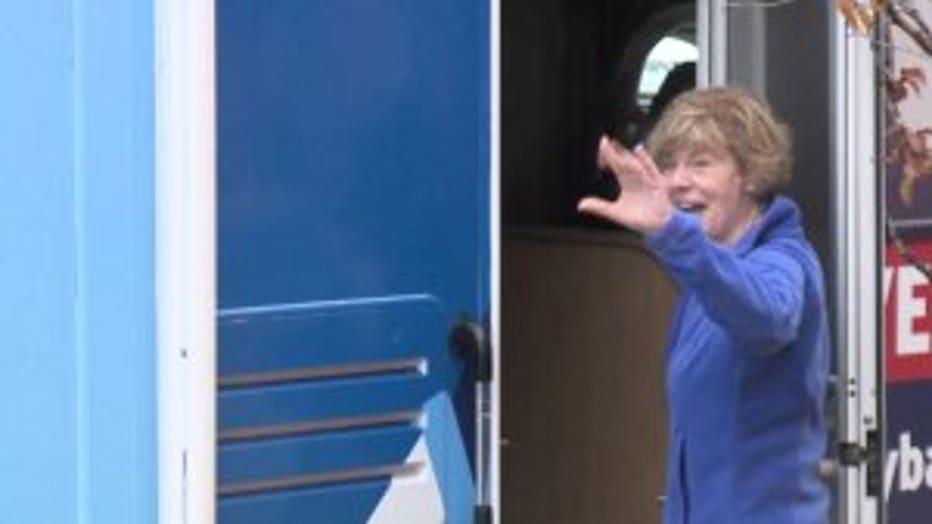 She then went on to represent Wisconsin's 2nd District in the U.S. House of Representatives. Since then, she's served as a United States senator, elected in 2012. She is Wisconsin's first female U.S. senator.

In office, Baldwin has pushed a "Buy American" policy, and she's tried to tackle prescription drug costs. She supports the Affordable Care Act.

"I was a child with a pre-existing condition who spent a lot of my youth without health insurance.  I was drawn to public service because I wanted to change that and fight for families that were so concerned that they could go bankrupt based on an illness or an injury. My opponent, Leah Vukmir, would go and say she would proudly be the deciding vote to repeal and take away people’s heath care," said Baldwin. 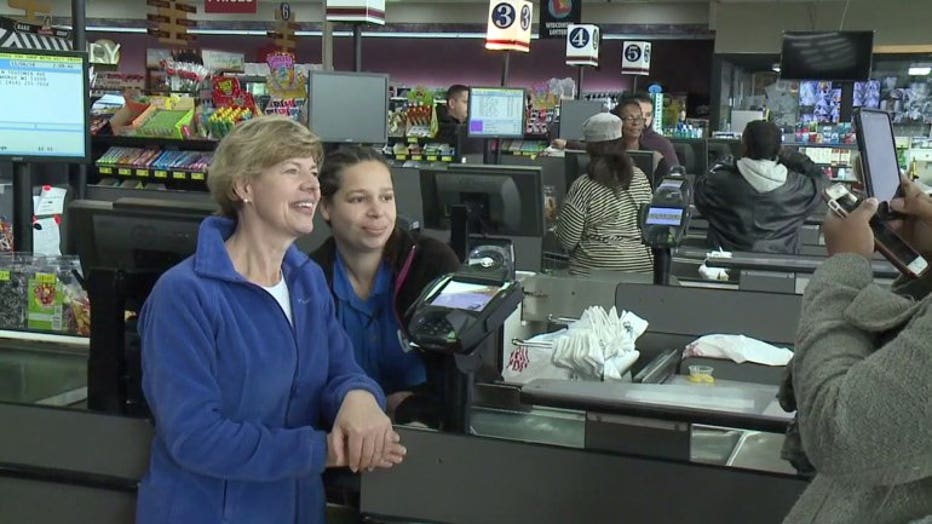 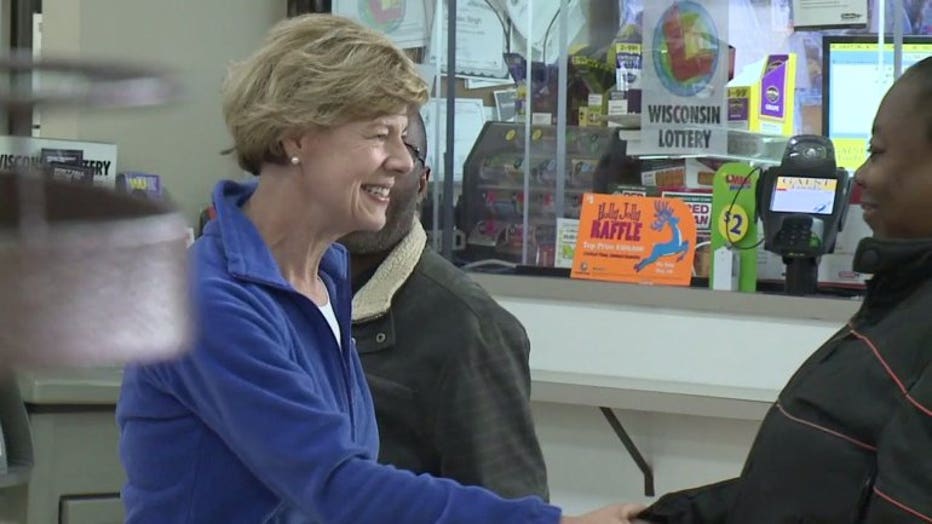 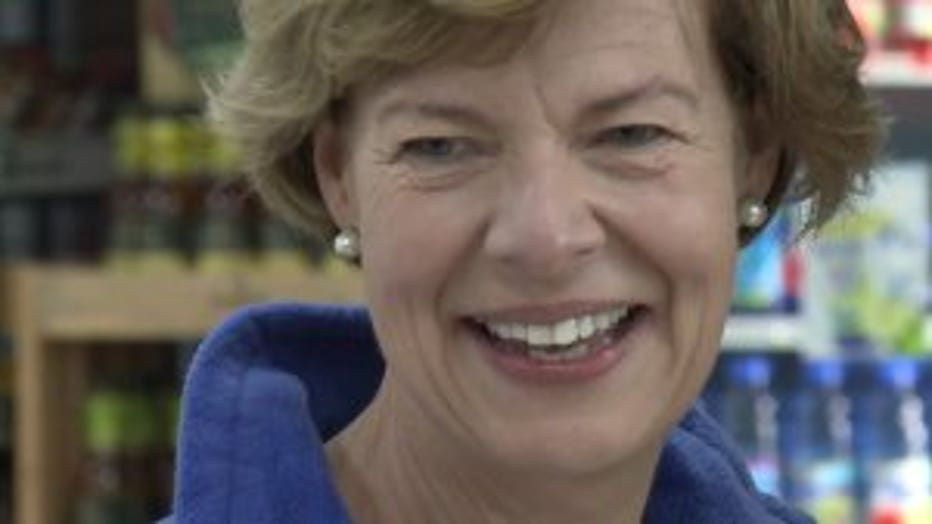 On Election Day, Baldwin said she was "very excited," and she was "feeling the enthusiasm of voters" and volunteers.

"We get some reports to our campaign from various polling places, to hear how many people have already voted by certain times of day, and it is so encouraging. I don’t want to make any predictions, but certainly going to break midterm records. If there are lines, don’t be daunted.  Be patient. Stay in line,  and I want to remind voters that if you are in line by 8 p.m., you can still stay in line and vote," said Baldwin.