Skimming off the top: `Skimmers` used to steal money

Skimming off the top: `Skimmers` used to steal money

MILWAUKEE (WITI) — As the holidays quickly approach, people everywhere are swiping their credit cards to buy gifts. However, those swipes can lead to your information being stolen. 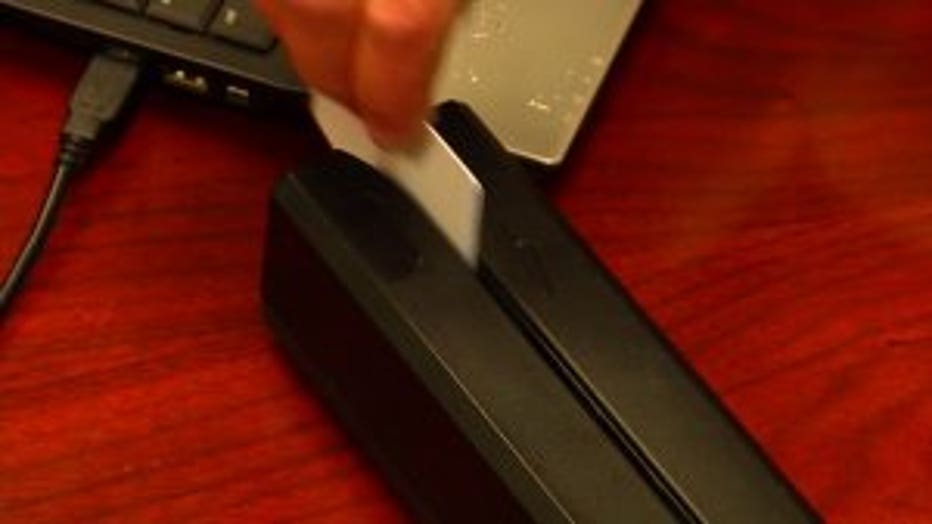 "They had charges, around $50 or so, from multiple post offices on their card. Each of these victims were still in possession of their credit cards," said U.S. Postal Inspector, Daryl Greenberg.

Inspectors tracked the post offices where the charges were occurring. "What they were sliding into the machine was not actually a credit card. It was what ended up being a re-encoded card," Greenberg said.

The question: how did the con artists get the information?

"These people were sliding their cards unbeknownst to the victim while they were having lunch or buying shoes or whatever they were buying."

The head of this scam used skimmers and gave them to multiple people who worked in the food and retail industry. Those people stole the credit card information.

"These people were sliding their cards unbeknownst to the victim while they were having lunch or buying shoes or whatever they were buying," said Greenberg.

These accomplices would give the information to the mastermind who would encode the numbers on credit cards and purchase stamps.

" 50-cents on the dollars sell the stamps on a secondary market, EBay or others sources to recover the money he could use to spend," Greenberg said.

Postal inspectors arrested the mastermind behind this skimmer scheme along with several accomplices. The ring leader was sentenced to 8 years in prison.

If you don't want to become a victim of a similar scam, make sure to stay vigilant about checking your bank statements and financial records.