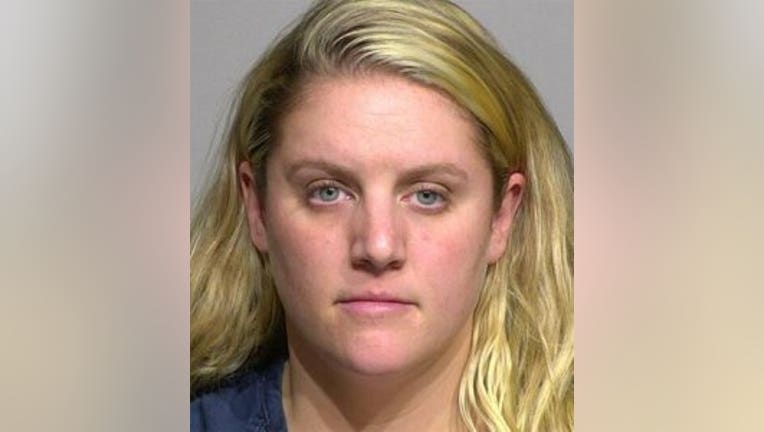 GLENDALE -- A Milwaukee woman is accused of sexually assaulting a 4-year-old child while serving as a swim instructor in Glendale. The alleged incident happened in November 2018, and prosecutors said police in Madison took a similar report regarding this swim instructor. Additionally, she faced sexual assault charged in January out of Milwaukee County -- which were ultimately dismissed by prosecutors.

According to a criminal complaint, police on Nov. 28, 2018 responded to Elite Sports Club-River Glen near Green Bay and Good Hope Road in Glendale, where Taylor worked as a swim instructor. They learned a 4-year-old girl had told her mother Taylor had "tickled her private part under her swim suit during swim lessons." During a forensic interview, the girl told investigators, "Bri didn't want people to know about the touching."

While reviewing Taylor's background, investigators found a report from Madison police, and learned Taylor was accused of touching a student under their swim suit during swim lessons.

The complaint said investigators also learned Taylor "has lost jobs because of boundary issues with regard to personal space."

Taylor was interviewed, and the complaint said she was asked about her previous employment. According to the complaint, Taylor lied about ever being fired or disciplined for inappropriate touching.

Taylor was in court on April 15 for her preliminary hearing, during which Glendale police testified, and a motion to dismiss from the defense was denied. Probable cause was found for further proceedings, and Taylor was bound over for trial. She pleaded not guilty to the charges filed against her. A scheduling hearing was set for May 9.

On April 5, after Taylor made her initial appearance in court, a $1,000 signature bond was set.

Online court records showed Taylor was charged with one count of fourth degree sexual assault and one count of resisting or obstructing an officer in January 2019 out of Milwaukee County.

Those charges were dismissed by prosecutors on April 1.