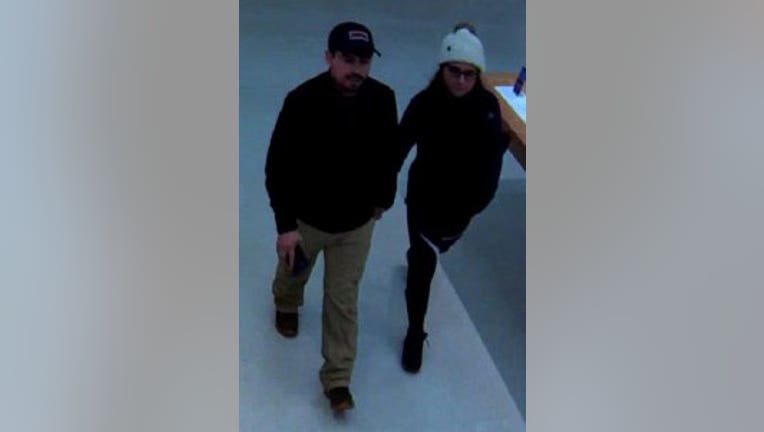 According to police, a victim had credit cards stolen from his unlocked vehicle in Menomonee Falls. The credit cards were then used to purchase an iPhone 5 watch and an iPhone 11 Pro at the Apple Store at Mayfair Mall in Wauwatosa.