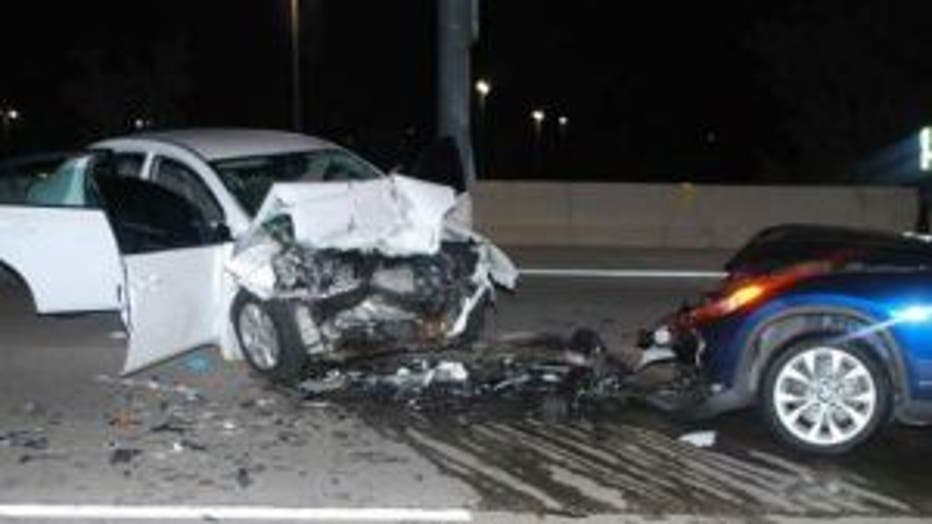 MILWAUKEE (WITI) -- A suspected drunken driver is accused of driving the wrong way and slamming into another driver head-on -- shutting down a stretch of Miller Park Way early Sunday, September 7th.

It was around 2:30 a.m. when the Milwaukee Fire Department got a call about a wrong-way driver traveling westbound in the eastbound lanes of I-94 and 35th Street. At 2:36 a.m., dispatch reports stated that the wrong-way driver crashed head-on with a vehicle traveling northbound on Miller Parkway.

"No one expects a vehicle to be coming at them in the wrong direction. When you see a vehicle going the wrong way on the expressway, typically it only ends one way," Milwaukee Fire Deputy Chief Aaron Lipski said.

Both the driver and passenger of the striking vehicle, a white Nissan, were unconscious following the crash.  The 23-year-old passenger in the Nissan suffered life-threatening injuries. The driver of the blue BMW was treated at the hospital for minor leg injuries.

"Both of these vehicles were equipped with airbags and it's been reported to me that these airbags probably saved everybody's life," Deputy Chief Lipski said.

West Milwaukee police assisted in shutting down Miller Parkway at National Avenue while  measurements were taken at the crash scene. Deputies found empty and full beer cans in  the suspect’s vehicle. The highway reopened at about 6:30 a.m. 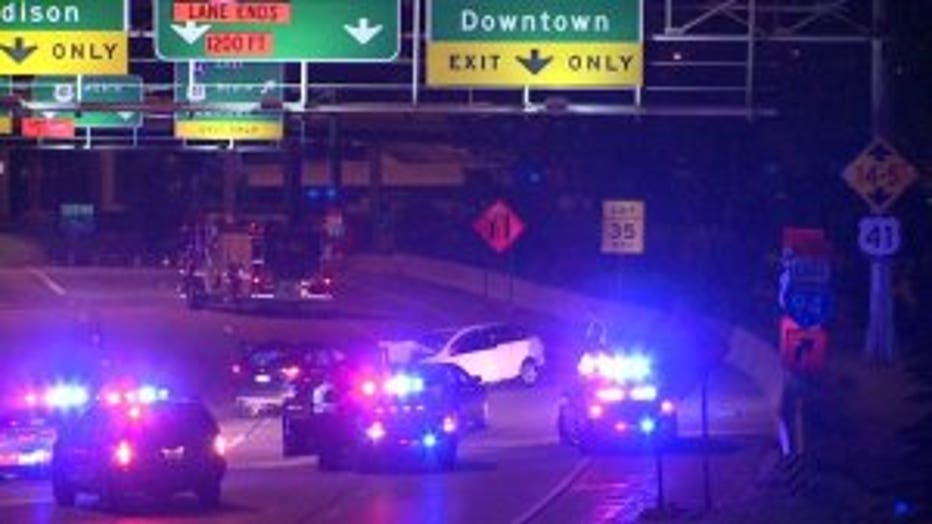 Milwaukee Fire officials and a tow truck responded, but saw occupants in  the vehicle. When MFD personnel approached, the driver fled and entered I-94 at 35th Street in the wrong direction.

David Draeving lives across from the westbound 35th Street ramp. He says he's constantly witnessing the havoc caused by wrong-way drivers trying to reach the interstate.

"If you look around, you see the signs. They're everywhere. Just last night I talked to a person and told her 'you're going down a wrong way' and she said 'I know,'" Draeving said.