Police on Tuesday identified a 21-year-old man as the suspect in the killing of 10 people at a Boulder, Colorado, supermarket. The victims include a police officer who responded to the scene.

Boulder Police Chief Maris Herold identified the suspect as Ahmad Al Aliwi Alissa from Arvada, Colo. and said he will be charged with 10 counts of first-degree murder. 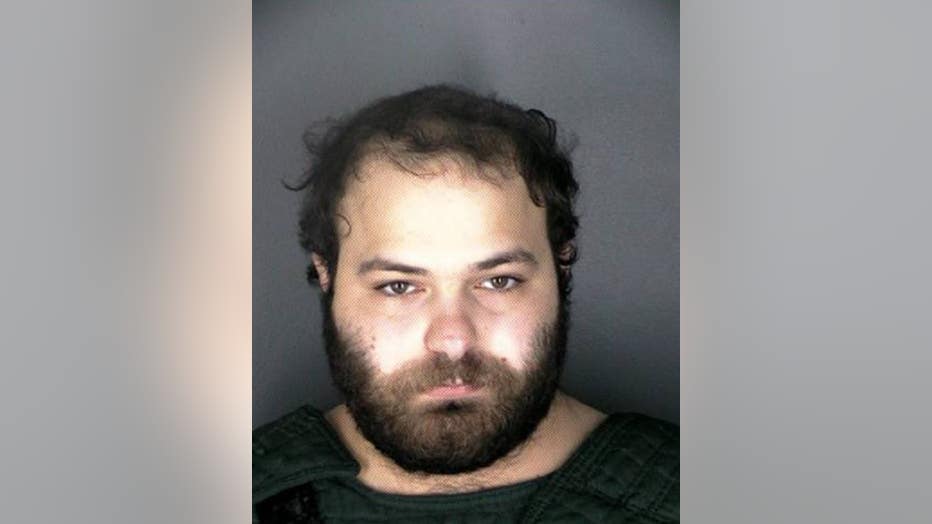 Herold said all of the victims have now been identified, and read their names and ages during a morning news briefing. The victims ranged in age from 20 to 65.

The shooting Monday at the crowded supermarket sent terrorized shoppers and workers scrambling for safety and stunned a state and a nation that has grieved several mass killings.

Herold said police engaged in a shootout with the suspect inside the supermarket and that is when Officer Eric Talley was killed.

Herold said the suspect is hospitalized right now in stable condition and will be transferred shortly to the county jail.

Investigators don’t know yet why the suspect opened fire inside the grocery store, Dougherty said. He said the investigation is in the early stages.

President Joe Biden gave remarks the day after 10 people were killed in a mass shooting at a King Soopers in Boulder, Colo. He also called for the Senate to pass recent House-passed bills on gun control.

"Less than a week after the horrific murders of eight people and the assault on the AAPI community in Georgia, while the flag was still flying half staff for the tragedy, another American city has been scarred by gun violence and the resulting trauma," he said.

Biden also called on the Senate to "immediately pass" the two House-passed bills that he said close loopholes in the background check system. Biden also called for a ban on assault weapons.

"I don’t need to wait another minute, let alone an hour, to take common-sense steps to save lives in the future," he said.

Later that evening at a separate news conference on health care, speaking from a hospital in Ohio, Biden said "my heart goes out to the families of the victims and the survivors."

"I want to commend the heroic actions of officer Eric Talley, the father of seven children who left for work yesterday morning assuming he’d be able to go home," Biden continued.

What happened at the Boulder King Soopers shooting?

The shooting unfolded the afternoon of Monday, March 22 at a crowded King Soopers supermarket in southern Boulder, sending terrorized shoppers and workers scrambling for safety. The attack stunned a state and a nation that has grieved several mass killings.

Hundreds of police officers from throughout the Denver metropolitan area responded to the attack. SWAT officers carrying ballistic shields slowly approached the store as others quickly escorted frightened people away from the building, some of its windows shattered. Customers and employees fled through a back loading dock to safety. Others took refuge in nearby shops.

Police engaged in a shootout with the suspect inside the supermarket, which is when an officer who responded to the scene was killed — later identified as 51-year-old Eric Talley.

Officers later escorted a shirtless man in handcuffs, blood running down his leg, from the store during the siege. Authorities would not say at the time if he was the suspect.

Who are the victims of the Boulder King Soopers shooting?

Authorities identified the nine victims after previously identifying Talley, the Boulder police officer who was killed.

The victims ranged in age from 20 to 65, said Boulder Police Chief Maris Herold.

Mahoney’s daughter, Erika, called her father a "hero" and said he represented "all things love.""I'm so thankful he could walk me down the aisle last summer," she wrote on Twitter with an image of the two on her wedding day. "I love you forever Dad. You are always with me."

Talley had been with Boulder police since 2010. He was the first to arrive after responding to a call about shots fired and someone carrying a rifle, officials said.

"He was by all accounts one of the outstanding officers of the Boulder Police Department, and his life was cut too short," Boulder County District Attorney Michael Dougherty said during a press conference.

A tearful Chief Herold late Monday said he had "served in numerous roles supporting the Boulder Police Department and the community of Boulder." Friends described Talley as a family man, FOX 31 Denver reported.

Who is the suspect in the King Soopers shooting?

Police on Tuesday identified a 21-year-old man as the suspect in the mass shooting, named Ahmad Al Aliwi Alissa from Arvada, Colo.

Officials said he had lived most of his life in the U.S. He was undergoing treatment at a hospital and was expected to be booked into the county jail later Tuesday, Dougherty said.

Investigators don’t know yet why the suspect opened fire inside the grocery store. Dougherty said the investigation is in the early stages but that detectives believe the suspect was the only shooter, Dougherty said.

A law enforcement official briefed on the shooting told The Associated Press that the gunman used an AR-15 rifle, a lightweight semi-automatic rifle. Officials were working fast to trace the gun. The official was not authorized to speak publicly and spoke to AP on the condition of anonymity.

Boulder Police Chief Maris Herold said the suspect has been charged with 10 counts of first-degree murder.

What was the response?

Matthew Kirsch, the acting U.S. attorney for Colorado, pledged that "the full weight of federal law enforcement" will support the investigation. He said investigators from the Bureau of Alcohol, Tobacco, Firearms and Explosives were at the crime scene, along with FBI agents.

Colorado Gov. Jared Polis, meanwhile, said in a statement that "Today we saw the face of evil. I am grieving with my community and all Coloradans."

The King Soopers chain said in a statement that it was offering prayers and support "to our associates, customers, and the first responders who so bravely responded to this tragic situation."

Facebook said in a statement to FOX Television Stations that it has designated the shooting as a mass shooting on its Dangerous Individuals and Organizations policy, which means Facebook will continue to remove content that praises, supports or represents the shooting or the identified suspect.

Facebook will also remove any additional accounts belonging to the suspect or accounts created by others in his name if found on their services.