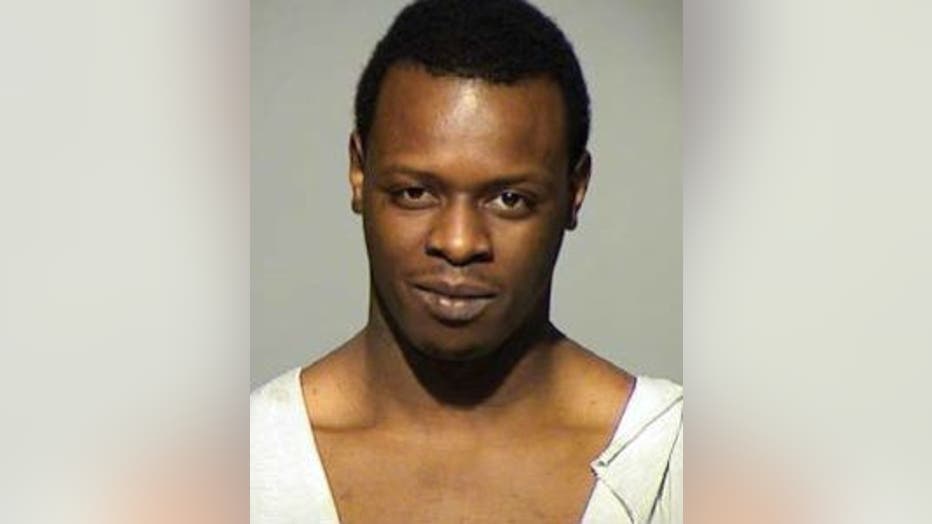 Sheriff's officials say 22-year-old Deshazo Campbell of Milwaukee was brought into the jail on Tuesday morning on two counts of robbery/use of force.

As part of the booking process, all property is taken from the subject and inventoried.

Sheriff's officials say Campbell had a decorative gold grill in his mouth and refused to remove it. Officers attempted to calm him down, when he threw several punches, striking a correctional officer in the face several times, according to Sheriff's officials.

The correctional officer suffered a laceration above his eye, and cuts to his lip and hand.  He was taken to Froedtert Hospital for treatment of his injuries.

Campbell, in addition to his original charge, now faces a charge of battery to a law enforcement officer -- a Class H Felony which carries a sentence of up to six years in prison upon conviction.

12/13/11: Arrested by Milwaukee Police Department for (MISD) operating after suspension/revocation.

04/13/12: Arrested by Milwaukee Police Department for (MISD) battery and criminal damage to property.

03/24/14: Arrested by Milwaukee Police Department for 2 counts (FEL) robbery with use of force.