Footage released by the Italian coast guard on Aug. 22, 2022, shows the moment a yacht sank off the coast of Italy, near Crotone.

Footage captured the moment disaster struck off the Italian coast.

The Italian Coast Guard released videos of 130-foot superyacht My Saga sinking into the Mediterranean Sea.

The yacht was cruising from Gallipoli to Milazzo when it began taking on water at the stern Saturday evening. 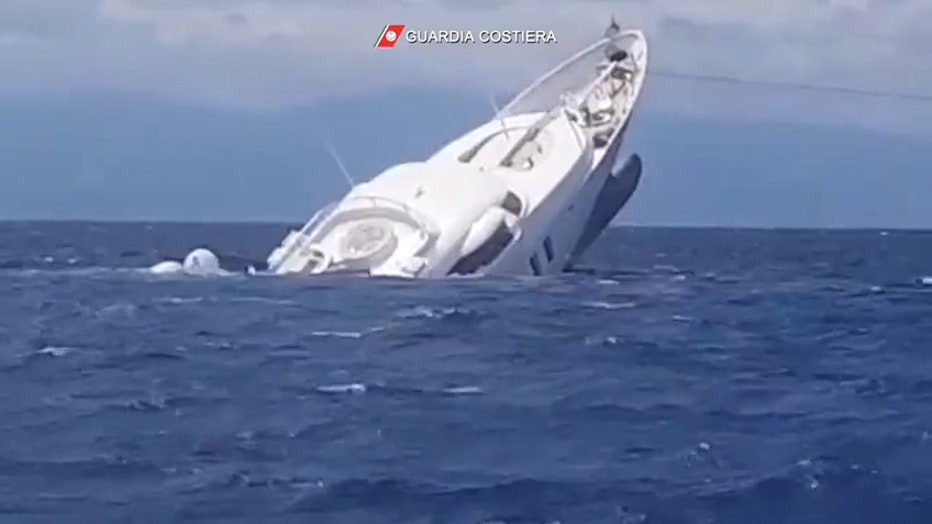 The superyacht is shown in a screengrab from a video shared by the Italian Coast Guard on Aug. 22, 2022. (Credit: Guardia Costiera via Storyful)

After receiving a distress call, the Coast Guard dispatched two patrol vessels to rescue the nine people on board, and a tugboat to tow the vessel back to port in Crotone.

During the rescue operation, the vessel was partly submerged and listed to starboard — nine miles off the coast of Catanzaro Marina.

Footage captured what happened next as the vessel’s bow went up into the air. Rescuers forfeited the operation and the steel-hulled yacht rapidly disappeared beneath the waves stern-first. 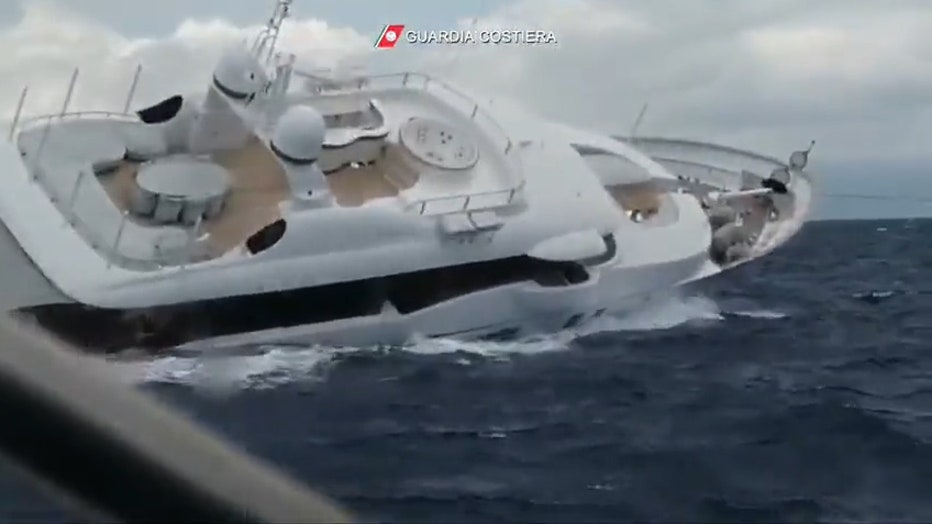 The superyacht is shown in a screengrab from a video shared by the Italian Coast Guard on Aug. 22, 2022, prior to sinking off the coast of Italy. (Credit: Guardia Costiera via Storyful)

The Italian Coast Guard reported that harsh weather and sea conditions, in addition to the increasing incline of the vessel on its starboard, made retrieving My Saga "impractical."

My Saga was the first yacht of its caliber that Monaco Yachting and Technologies had built by 2007. The yacht was purchased by an undisclosed owner in 2022, according to SuperYacht Times.

The Italian Coast Guard has launched an "administrative investigation" to identify the cause of the incident, according to a translation of the Coast Guard’s Facebook post.