SOUTHEAST WISCONSIN (WITI) -- Storms rolled through southeastern Wisconsin Wednesday afternoon and evening, June 12th. A Tornado Watch was issued for two counties, a Severe Thunderstorm Watch was issued for most of southeastern Wisconsin, and a handful of Severe Thunderstorm Warnings were issued as the storms pushed across the state.

These storms caused some damage in southeastern Wisconsin on Wednesday. 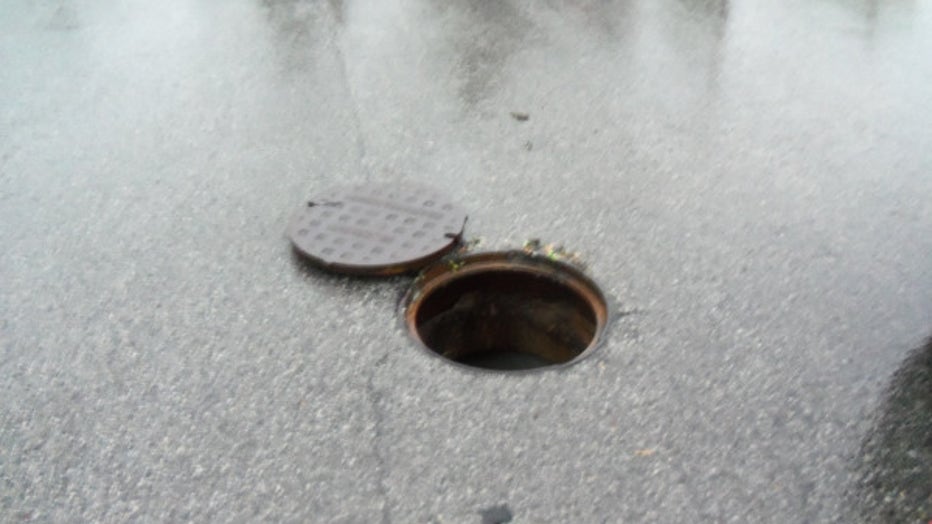 In Brookfield, a tree fell onto Victory International Fellowship Church. There were over 100 church members inside at the time, but no one was hurt. Water was dripping into the church as a result of the hole in the roof left by the fallen tree. 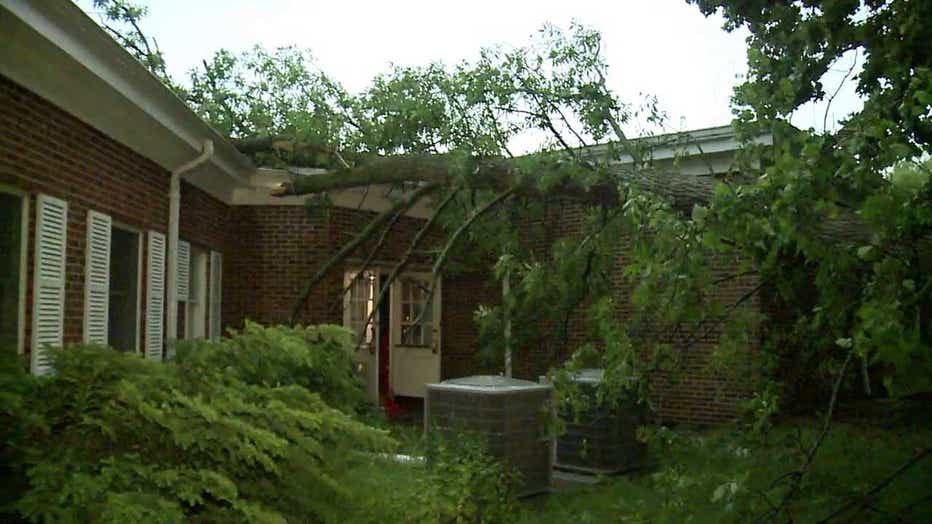 In Glendale, an apparent lightning strike caused a fire on Silver Spring Drive -- leading to damage to a tree and limbs in the yard.

The North Shore Fire Department was called to the scene. 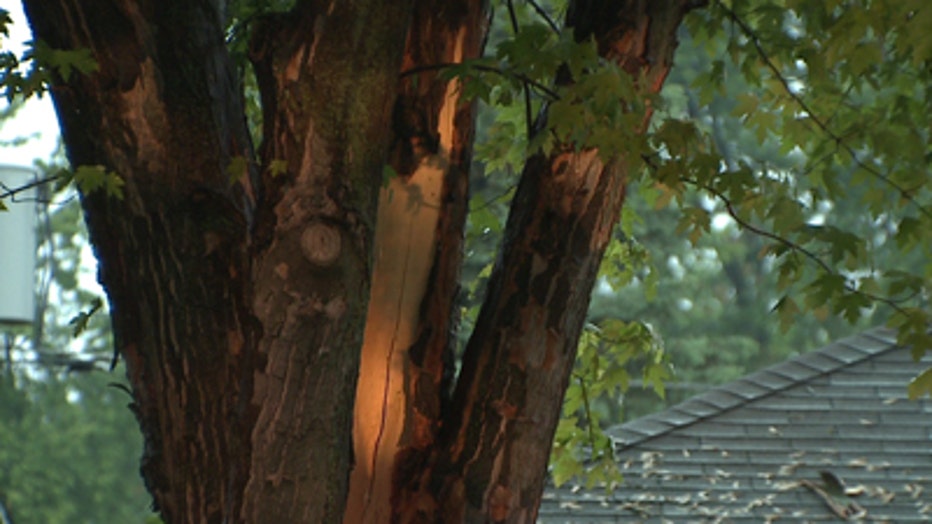 Officials say lightning transferred through the ground and into the house, causing a fire to start in the basement.

No one was home or injured -- though a dog had to be rescued from the home.

A crash involving a minivan and a semi tied up traffic at the intersection of Brown Deer and Green Bay Roads.

There is no word of any injuries as a result of this crash. 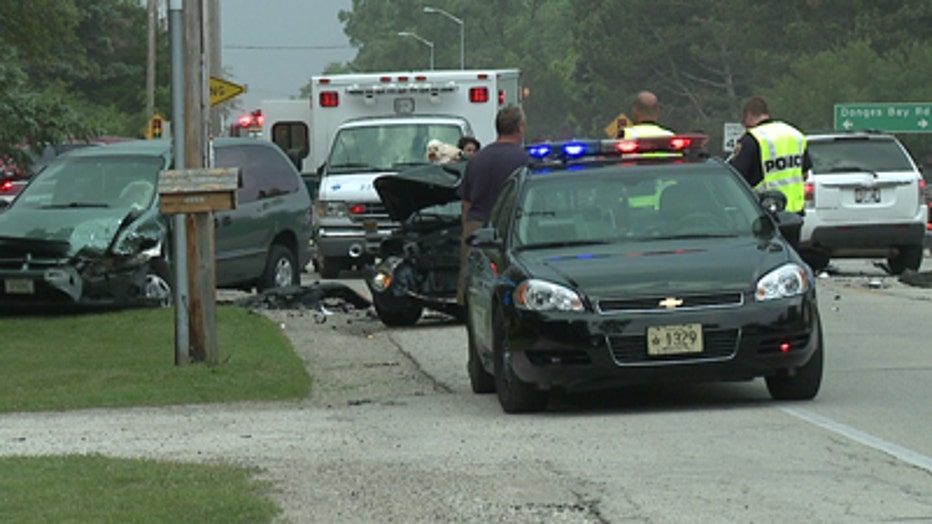 In the Pewaukee area, crews were dealing with a crash on I-94 EB near Highway J, where the two left lanes were closed while crews cleaned up at the scene.

Officials say this was a one-vehicle rollover. The vehicle crashed into the median, but there were no injuries. 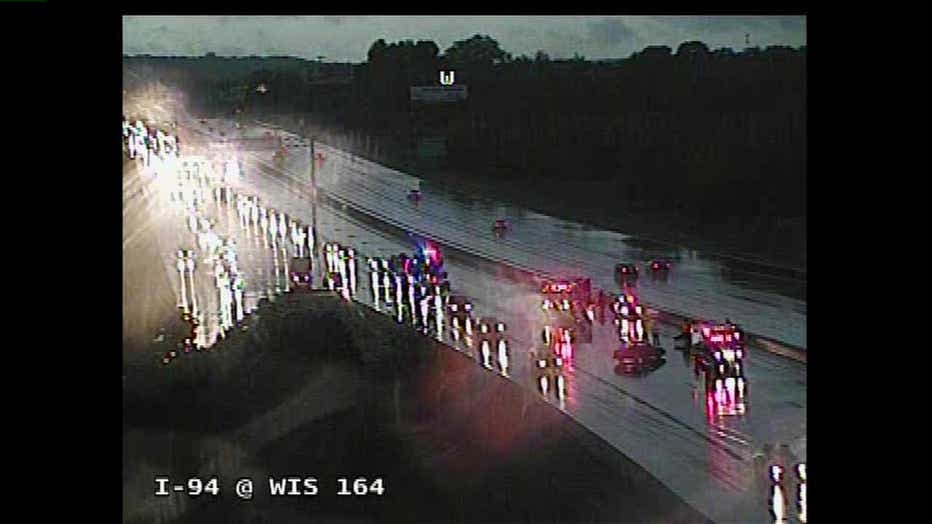 Drivers chose to exit off Highway 41 and wait out the storm at a Richfield truck stop -- as the rain was blown sideways across the truck stop's parking lot.

Additionally, We Energies was reporting as of 9:00 p.m. Wednesday night, about 1,250 were without power in the Milwaukee area. Milwaukee had the most customers without power -- at about 5,000.

CLICK HERE to view a We Energies outage map.